Britain is a country with a nation called Scotland where poor boys grow up to live short, unhealthy lives as old men

According to data published by the 'National Records of Scotland', poor boys in Scotland, living in one of its most deprived areas, will live 13 years less than rich boys, in wealthy areas, when they are old men. 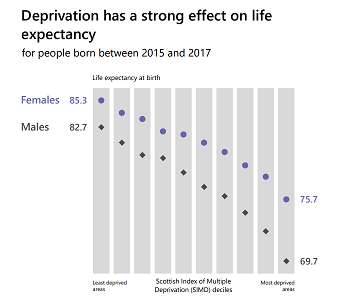 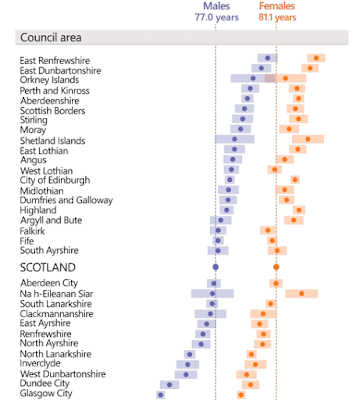 So good luck to you poor boys born in Glasgow City, because in Britain in 2019,  you are likely to have a significantly shorter life than your wealthier counterpart in East Renfrewshire.

Not only are the figures a stark reminder that deprivation has a significant effect on life expectancy, but an even greater one on 'healthy life expectancy' and when it comes to that for poor boys, as opposed to rich boys when they are old men, the difference  is 22.5 years.

Registrar General for Scotland, Paul Lowe, said : “This year’s review shows that there have been changes in Scotland’s life expectancy and mortality trends. Life expectancy in Scotland has been increasing over the long term, but recent estimates indicate that it has stopped improving. The largest causes of the stall in life expectancy are the slowing of improvements seen in the reduction of deaths from heart disease and increases in drug related deaths.” 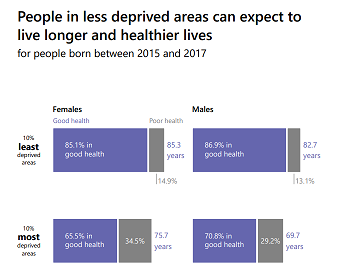 The Head of Public Health at National Health Service  Scotland, Gerry McCartney said the stalling of life expectancy improvements in Scotland was a real concern :  “The circumstances in which we live should not impact on health so much that the right to live a long and healthy life is compromised by how much money we have."