Wilko, former rhythm and blues, 'Dr Feelgood' guitarist and founding father of the English punk movement has died at the age of seventy-five. Showing fortitude in the face of death, when he was told that he had terminal pancreatic cancer in 2013, he spoke of the strange "euphoria" he experienced since and said the news had made him feel "vividly alive" and had lifted the bouts of depression he had previously experienced.

He said : "Every little thing you see, every cold breeze against your face, every brick in the road, you think 'I'm alive, I'm alive' - I hope I can hang onto that. I've had a fantastic life. When I think about the things that have happened to me and the things I've done, I think anybody who asks for more would just be being greedy. I don't wanna be greedy. This position I'm in is so strange, in that I do feel fit and yet I know death is upon me. I'm not hoping for a miracle cure or anything. I just hope it spares me long enough to do these gigs - then I'll be a happy man."

Wilko was born in 1947 on Canvey Island, Essex, survived the floods of 1953 and shared his nostalgia at the sight of the River Thames with Jools Holland. (link)
At home in the 1950s and 60s he was hit by his violent, ex-soldier father who died when he was a teenager attending grammar school at Westcliff High School for Boys. Already into music, he played in several local groups, before going to the University of Newcastle to study English, Anglo-Saxon literature and ancient Icelandic sagas.

After graduating, Wilko travelled overland on the hippy trail to India and Afghanistan, before returning to Essex to play with the 'Pigboy Charlie Band', which evolved into 'Dr Feelgood', where he developed his own style, coupling choppy playing with novel dress of black suit and unfashionable pudding basin haircut and jerky movements on stage. He also played riffs and solos at the same time on a vintage Fender Telecaster without using a pick which allowed him to move without fear of losing it. (link)
He featured in the BBC4 series, 'Punk Britannia' in 2012, which stressed the importance of Dr Feelgood as 'pub rockers, a generation of bands sandwiched between 60s hippies and mid-70s punks who will help pave the way towards the short, sharp shock of punk'.

Reviewing his 2012 autobiography, 'Looking back at Me', Mark Blake of 'Q Magazine' said of Dr Feelgood : 'In the mid-70s the band's brutish R and B and their guitarist's eye-popping thousand-yard stare inspired a young John Lydon, Paul Weller and Suggs from Madness'. In 1977 he left and joined the 'Solid Senders', then, in 1980, Ian Dury's band, 'The Blockheads' before forming the 'Wilko Johnson Band' and continued to pursue his musical career in the 1980s and 90s.

In 2009, he appeared in the documentary film 'Oil City Confidential' and was described by reviewer, Philip French as : 'A wild man, off stage and on, funny, eloquent and charismatic' and director, Julien Temple as : 'An extraordinary man – one of the great English eccentrics'. Peter Bradshaw of the 'Guardian' said of him : 'The best rockumentary yet, the most likeable thing about this very likable film is the way it promotes Wilko Johnson as a 100-1 shot for the title of Greatest Living Englishman'. (link)
Wilko his acting debut, cast in the role of mute executioner 'Ilyn Payne', in the HBO fantasy series 'Game of Thrones' after the producers had seen him in 'Oil City Confidential' and said :
"They said they wanted somebody really sinister who went around looking daggers at people before killing them. That made it easy. Looking daggers at people is what I do all the time, it's like second nature to me". (link)

In 2013 he made a tv appearance with 'Madness' (link), fell ill and then recovered sufficiently to play at the Wickham Festival in Hampshire in August and in the Spring of the following year, appeared in support of Status Quo and played in collaboration with Roger Daltrey on 'Going Back Home'. (link)

Wilko faced his illness head on and went on a 'Farewell Tour' and recalled that he was : "Extremely calm" when he : "Felt this extreme sense of elation" because he believed : "Staring at death gives you profound feelings. Everything seems more vivid. Walking down the street everything seemed sharper, brighter, more in focus”. 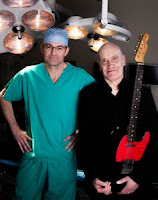 At the age of 68 in 2014, had his pancreas, spleen, part of his stomach and part of his small and large intestine removed in a nine-hour operation at Addenbrooke’s Hospital in Cambridge where Surgeon, Emmanuel Huguet, who removed the 7lb 11oz tumour, said : “It’s no exaggeration to say Wilko’s been taken to the limit of what a human being can take”.

In the year which followed, during which doctors said he should be dead, had further tests which revealed that his pancreatic cancer was, in fact, a neuroendocrine tumour, a rare and less aggressive malignancy. When it now appeared he was out of the woods with his cancer, he said that he lamented the loss of that feeling of elation and : “I wish I could regain it. It’s like a powerful dream that has faded. Feeling like that almost made having cancer worth it”.

Wilko went on to live another seven years at that point he said :

“I always had this idea that when I grew I old I would be sitting in an Oxford college room with the sun slanting through the mullioned windows. I would be reading medieval poetry and I would be wise. The nearer I got to being old, the more I realised the wisdom wasn’t coming. So I’m just as confused as ever. Now I won’t actually grow either old or wise”. 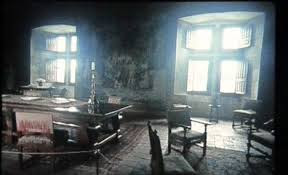