Why Britain's celebration of the Queen’s Platinum Jubilee, is no place for 'National Treasure' and prominent LGBT Campaigner, Peter Tatchell

Peter, who is seventy years old and has been campaigning for gay rights and equality since 1967, when he was fifteen years old, has been invited to attend the Pageant outside Buckingham Palace to celebrate Queen’s Platinum Jubilee and her 70 years on the throne. He received his invitation alongside more than another one hundred 'National Treasures' who have been deemed : 'Celebrated, respected and admired people'.

He said his reaction was : 'What, me? Surely some mistake. As a supporter of the campaign group Republic, I’ve urged the abolition of the monarchy and its replacement by a democratically elected Head of State. For decades, I’ve championed a fair deal for everyone, against the elitism and privilege epitomised by royalty'. 'I declined the invitation'.

Peter clearly saw the invitation as an opportunity to beat the drum in favour of Britain becoming a republic and said he had no wish to participate in a pageant celebrating : 'A monarchical regime based on hierarchy, deference and inherited wealth, status and power. It is a leftover from feudalism that defies modern aspirations for democracy, egalitarianism and meritocracy'. 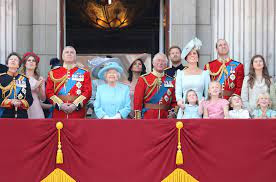 He said : 'According to the elitist values of the monarchical order, we are “subjects” of Her Majesty, under her dominion. To add insult to injury, the most stupid, immoral royal is, by virtue of the family into which they are born, deemed more fit to be our Head of State than the wisest, most ethical commoner. That’s just plain wrong – and offensive'.

In his article in the Guardian, titled :

Peter said : 'While I doubt that the Queen is a raging homophobe, she doesn’t appear to be gay friendly. As far as I know, the words lesbian, gay, bisexual and transgender have never publicly passed the her lips since she ascended the throne in 1952'.

He continued : 'In 2014, the Queen congratulated 'London Lesbian & Gay Switchboard' on its 40th anniversary. However, the letter was a standard congratulation and the quoted wording did not mention the LGBT+ work that the switchboard does. Indeed, the Queen has never been a patron of any LGBT+ charity, despite being patron of more than 600  organisations'.

'After the 1999 Soho gay pub bombing, which killed three people and injured more than 70 others, she did not visit the bomb scene or the victims in hospital, forfeiting an opportunity to show she cares about the lives of LGBT+ people'.

'To be ignored for seven decades feels like a deliberate snub. I have written to the Queen and her press office about these failings but received no reply or only a 'pro forma' acknowledgment'.

He ended by saying :

'From one human being to another, I wish the Queen well. But I cannot join the celebration of her reign'.