Britain, a country where an old General, Nick Carter and an old MP, Peter Bottomley can air old fashioned views on BBC Radio

The Guest Editor of the BBC Radio 4 'Today' programme this morning was the 67 year old General Sir Nick Carter, who as Chief of the Defence Staff, presided over Britain's ignominious scramble out of Afghanistan in August this year, in which thousands of Afghans, who had helped the British were left behind and to a bloody fate at the hands of the conquering Taliban. As a youth, his educational background had been the standard upper class route of a public school for boys, in his case, Winchester College, followed by army officer training at Sandhurst Military Academy.

One of those interviewed by Mishal Husain on his programme was the 77 year old, Member of Parliament and 'Father of the House of Commons', Sir Peter Bottomley. Like the General, his education had also been based on the standard upper class route of a public school for boys, in his case, Westminster School, followed by his undergraduate studies at Trinity College Cambridge. Mishal had been asking him what advice he would give the Chancellor of the Exchequer, in the light of the predicted massive squeeze on living standards in Britain, predicted for 2022. His reply might have been made by a Liberal MP in the House of Commons, two hundred years ago in 1821, when discussing 'The Paupers'  :

"Remember 'The Poor', but have the long term interests of the economy as the focus of your work". 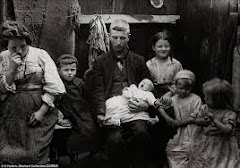 At the end of her interview with the General, in which he failed to either explain or apologise for his shortcomings in Afghanistan, Mishal said : "Your successor, Sir Tony Radakin made a speech more generally looking at the Armed Forces, calling for greater diversity than the present situation, with the woefulness of too few women. Do you think you should have done more ?" His reply might have been made by the Head of the Army, seventy years ago, in 1951 :

"Actually, looking back on it, we did a lot. I was the Head of the Army who removed restrictions on where women could serve in the Army and for that matter in the Armed Forces. No, I think we did a lot. At the end of the day we are in a generational, cultural shift and Admiral Tony Radakin is exactly right to keep the momentum going in all of this". 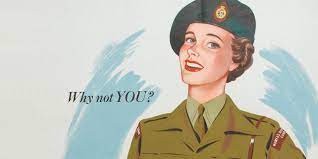 Errol Mckellar, who is a 64 years old car mechanic, was diagnosed with prostate cancer in 2010 and has been on a mission to let other men know about their risk ever since. He recalled that two weeks after taking a PSA test he said he : "got a call from my doctor who asked me to come back and do another blood test. I did the test, then a further two weeks after that I was asked to come in for a biopsy, followed by a scan. My doctor then sat me down and said my prostate was covered in cancer. I ran out of the room, went and sat in the car and I think the word 'cancer' hit me then. I just burst into tears. Fortunately, my cancer was picked up early so now I’m determined to raise awareness of the disease". In February 2011 Errol had an operation to remove his prostate and went on to have three months of radiotherapy. He is continually dealing with some of the serious side effects from his treatment, including bladder control and erectile dysfunction, nevertheless, he has remained clear of cancer.

My own prostate cancer was discovered, almost by accident five years ago, when I had my bladder removed because of bladder cancer and as a matter of course my prostate was also removed and a biopsy revealed it too had evidence of cancer. It is one of the reason why I, like Errol, tell the old men and young men I meet, to get themselves checked out. It is a disease specifically for men, since women do not have a prostate gland and in Britain is now the most common type of cancer for men, with one in eight white Brits diagnosed in their life time and one in four black.

Prostate cancer featured heavily on the BBC Radio 4 'Today' programme on Monday this week at the behest of the guest editor Michael Dobbs, the writer and Conservative peer who was diagnosed and treated for prostate cancer this year. It killed his father and one of his brothers. Errol was interviewed for the programme and delivered powerful testimony : "I told my Dad, when I was diagnosed with prostate cancer a decade ago and my Dad turned to me and said : "Son, I had this problem five years earlier" and I said to him "Was it not something that you needed to tell us ?" I was so angry I couldn't talk to him for nearly six months over it and what we learnt was that this is a conversation that is not always had. That's why it has the title of 'A Silent Killer' because people are reluctant to talk about it and we are high risk".

Michael Dodds said : "Errol felt so strongly about it that he offered a discount at his garage for anybody who could show they'd been tested and because of this about 50 customers discovered that, they too had prostate cancer. Did Errol's discount save lives ? Almost certainly".

The much-loved TV presenter Bill Turnbull told Michael that he had ignored possible symptoms for months before finally going to see his GP. “Maybe if I’d seen my GP earlier, I wouldn’t be in quite the mess I am in now. But men do that. "I’ll be all right, there’s nothing wrong with me", and it’s embarrassing”. In that respect he had been been like many old and 'not so old men' who do not get tested and do not seek help despite the outcomes of being treated being good. Bill's prostate cancer is treatable but not curable and he said, laughing, that his hope in life “was to stay alive as long as possible”.

There are about 50,000 new cases of prostate cancer in Britain each year and about 11,000 men will die as a result. Despite this death toll there is no totally effective screening programme because a blood test showing levels of the prostate-specific antigen (PSA) is only a guide. It does not accurately distinguish between dangerous cancers and harmless ones.

Professor Nicholas Van As of the Royal Marsden Hospital, Chelsea, underlined this point when he said : "The problem with prostate cancer is you may find the cancer and it may be a cancer that men never needed to know about because in his natural lifespan, it was never going to progress and he'd never need treatment. Although we have a blood test - a PSA test which is useful in prostate cancer, it's actually not a good screening test. You can have an elevated PSA and not have prostate cancer. In fact, you can have a lower than, what's classically thought of as a 'normal PSA' and still have prostate. So it's not a very good diagnostic test".

Professor Ros Eeles, of the Institute of Cancer Research, told the BBC Radio 4 Today programme that if a PSA test was carried out now on every man in Britain over the age of 55 it would lead to over-treatment. She said : “We will end up treating at least 12 men for every one man that you should really find disease which is going to impact on that man’s life. In the breast screening programme, it’s three to one”.

However, she was optimistic that situation would change “with the advances in genetics and also imaging, particularly MRI, realistically we do need some more data but we’re probably looking at getting close to a tailored screening programme in the next three to five years. We might need to use all of them together so we can find those who have significant disease”.

Professor Peter Johnson, the 'National Clinical Director for Cancer' at NHS England, told the programme that, because of the pandemic, there were several thousand fewer men starting treatment than in a normal year. He said : “It isn’t that there’s a big backlog in the system of people waiting to be diagnosed, it’s literally we haven’t even met them yet and that’s what we’re anxious to reverse”. He urged men to use the risk checker on the 'Prostate Cancer UK' website. 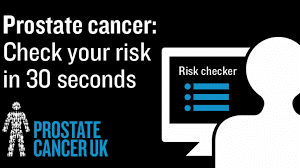 Errol received his MBE honour from the Queen for : 'Outstanding Achievement in the Community'.

Britain in 2021, a country awash with rogues and liars in high places, said "Farewell" to 23 honest and honourable old men, born in another century and another Britain

Born in the decades beginning with :

The U.S.A. may have lost, but Britain made and says "Farewell" to its old and gallant, Prince of Peacekeepers, Brian Urquhart  (link)

Why has Britain failed to say "Farewell" and "Thank you" to John Bartlett, the Engineer who gave it the Dartford and Channel Tunnels and the Victoria Line in London ? (link)

Britain made, but America has lost its much-loved Maestro Wig Maker, for actors of stage and screen, Paul Huntley (link)

Britain says “Farewell” to one of its Giants of Modern Sculpture, Phillip King (link)

Britain says "Farewell" to its old 'Playwright of the People and Champion of Community Theatre', Peter Terson (link)

Britain says "Goodbye" to an old and much loved actor called Trevor Peacock, who once told Mrs Brown "You've got a lovely daughter" (link)

Britain says "Farewell" to Victor Ambrus, gentle 'Prince of Illustrators' who brought its past to life (link)

Britain is a country which made and lost and now says "Farewell" to its old Prince of Backpackers, Geoff Crowther (link)

Britain once made and the world has now lost and says "Farewell" to a 'Valiant servant of Truth’, foreign correspondent, Simon Dring, সাইমন ড্রিং (link)

Britain is no longer a country for and says "Farewell" to an old  Neuroscientist who unlocked the secrets of sight, called Michael Land (link)

Britain says "Farewell" to Philip Wolmuth, Champion of the People's Photography and Chronicler of the changing face of Speakers' Corner (link)

Britain is no longer a country for and says "Farewell" to the much loved 'Prince of Architectural Photographers', Dennis Gilbert (link)

Britain's Northern Ireland is a Province which says "Farewell" to its Giant among Diplomats and 'Wee Man of Larne', called Norman Houston (link)

Britain is no longer a country for and says "Farewell" to its Brave and Brilliant, Prince of Public Health, Paul Cosford (link)