Will Britain in a heatwave, once again, be no country for too many hot old men ?

Britain, like much of the Northern Hemisphere, is suffering in a heatwave at the moment, with Thursday and Friday shaping up to be the hottest days of the year so far with the mercury tipped to hit 35C. Long-range experts say there is a chance the all-time British record of 38.5C, recorded in Faversham, Kent, in August 2003, will be broken.

It is clearly known that a heatwave can overload the hearts of old men and women as their bodies try to adapt to the temperatures and extreme heat can increase the demands on their hearts by two-thirds. They have to work harder to pump blood to the body surface, to cool it by releasing heat through the skin. If they have heart problems, this increases the strain further. In very high temperatures their body sweats to lose heat, thereby losing salt and water which leads to all their body fluids, especially their blood, getting more concentrated, stickier and more likely to clot. This tends to make it much more likely that clots will form, which also means the number of heart attacks and strokes go up.

The 2003 heatwave which, in England alone, let alone Scotland, Northern Ireland and Wales, claimed 2,000 excess deaths over the 10 day heatwave period which lasted from 4 to 13 August. Most of the victims were old men and women who did indeed succumb to heart failure, heart attacks and strokes.

That was 15 years ago. Will the same thing happen this summer ?

Back in May the Government published its 'Heatwave Plan for England for 2018' which followed in the wake of others published annually since 2004, following that devastating heatwave the year before. Apparently : 'This year’s plan builds on many years of experience of developing and improving the ability of the health sector and its partners to deal with significant periods of hot weather.'

'The purpose of this heatwave plan is to reduce summer deaths and illness by raising public awareness and triggering actions in the NHS, public health, social care and other community and voluntary organisations to support people who have health, housing or economic circumstances that increase their vulnerability to heat. Communities can also help their neighbours, friends and relatives to protect against avoidable harm to health this summer.'


The plan goes into some detail about what should be done, when and why and is accompanied by a

When the present heatwave is over and mortality figures are published, we will know if, once again, Britain has been no country for too many hot old men.

Labels: Britain in a heatwave

Geoffrey's death, at the age of 96, has been recorded by the BBC and marked by obituaries in the Sunday Times and the Telegraph. They feature his exploits as a young pilot flying a spitfire in the skies over Southern Britain in the crucial 'Battle of Britain' in the Summer of 1940, at the start of the Second World War. He was 18 years old. Having survived in the skies for two years, his flying days came to an end in the shape of a nervous breakdown. He later recalled : “I’d shot my bolt. Something inside me gave way and I broke down. I grieved for my lost friends and I cursed that I had reached the pinnacle of my life before the age of 22. I’d gone over the top. A medal and a royal handshake didn’t seem important any more. I felt destroyed by the war.”

Geoffrey's story might have been lost to us, but for the fact that, in the mid 1980s, when he was in his mid sixties and feeling a failure with the family business in liquidation and his divorce pending, he retired to The Lizard Peninsula in Cornwall and settling in Mullion, to prove to himself that he had actually done something with his life, he picked up a pen and, with the aid of his wartime notebooks, wrote a longhand memoir of his time as a Spitfire pilot.

Twenty years passed, until in 2000, he was approached by author James Holland, who was researching a fictional novel based during the Battle of Britain and Geoffrey lent him his unpublished memoir. James showed it to friends in publishing at Penguin Books and, as a result in 2002, it was published as 'First Light: The Story of the Boy Who Became a Man in the War-Torn Skies Above Britain.'

The resulting celebrity saw Geoffrey asked to make contributions to tv documentaries : 'Spitfire Ace' for Channel 4 in 2004, 'Dangerous Adventures for Boys' produced by Channel 5 in 2008 and 'The Spitfire: Britain's Flying Past' produced by the BBC in 2011. However, it will perhaps be in the 2010 BBC drama, 'First Light', made to mark the 70th anniversary of the Battle of Britain, that Geoffrey will gain immortality.

Geoffrey was 86 when he provided a commentary for the programme and said :

Peter, who has died at the age of 99, was part of a Britain we have lost, where old nobles conducted themselves with courage, honour and dignity in the face of military danger and political defeat.

Like Winston Churchill, he was every inch an English aristocrat. In fact, he was 32 when Churchill phoned him in 1951 to ask him if he would like a post in his Administration as a Junior Minister in the Ministry of Agriculture, he was out on a pheasant shoot.

Peter was rather proud of his artisan antecedents and said : "My family were smiths, able- smiths, and we started the first provincial bank outside London in about 1650, before the Bank of England and it did very well and they spread to London and were very successful in London My forebear who was made Lord Carrington was Robert Smith and he was quite distinguished and he was a Member of Parliament and was made a peer in the 1790s and everybody in the House of Lords got up and walked out because he was in trade. He was a banker."

Winston Churchill had performed so badly in exams at his prestigious, public school, Harrow, his father, Lord Randolph Churchill insisted that he follow a career in the Army and he got into the Royal Military Academy at Sandhurst on his third attempt. By the same token, Peter at his prestigious public school, Eton, also failed to shine and also left school for Sandhurst. Peter recalled : "The reason I went into the Army, was not because I wanted to go into the Army. When I was 16 my father (the 5th Lord Carrington) said to me : "What d'you want to do?" and I said : "Well, I don't know" and he said : "Well you'd better go into the Army." This was confirmed by his housemaster who advised him : “For a really stupid boy, there are three possible professions: farming, soldiering and stockbroking.” 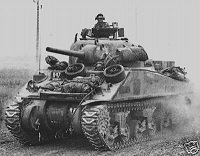 He became a 'gentleman cadet' at Sandhurst at the age of 18 in 1937 and a 'peer of the realm' when his father died the following year and also became a subaltern in the Grenadier Guards. He was still too young to see action when the Second World War broke out in 1939. He was 25 when serving in Guards Armoured Division in the thick of operations in Normandy, the Low Countries and eventually Germany. When the bridge over the Rhine at Nijmegen, held by the Germans, was assaulted by his Battalion, as a tank commander he drove his tank on to the bridge, which was heavily mined and held off the defenders on the opposite shore, knowing that the bridge could easily be blown up underneath him.

He later said, with perfect understatement that it was all "rather disagreeable”. For this gallantry he was awarded a Military Cross, specifically for : holding a bridge at Nijmegen with his tank when the Germans were threatening to cut off his troops from comrades across the River Waal.

The levelling effect of War broadened Peter, the young aristocrat, who found himself sleeping in a hole beneath his tank with his crew of four. For the first time in his life he found himself rubbing shoulders with working class lads from poor backgrounds who, unlike him, had suffered hardship during the prewar years. The experience shaped his politics and he later said : “You could not have got a finer or better lot than they were. They deserved something better in the aftermath of the war.”

He was 63 years old, serving as Foreign Secretary in Margaret Thatcher's Conservative Government, when Argentina invaded the Falklands Islands in the South Atlantic in 1982. In the style of a Roman patrician he fell on his sword and resigned his position three days later despite her strenuous efforts to dissuade him. He himself bore little blame for the Government’s failure to avert the calamity, when Argentina, encouraged by cuts to the Royal Navy and ambivalent signals from the Foreign Office, invaded and captured the Islands, but, as he wrote in his autobiography : "The nation feels there has been a disgrace. Somebody must have been to blame. The disgrace must be purged. The person to purge it should be the minister in charge. That was me.”

What is more, the Local Government Association, which represents more than 370 councils in England and Wales, warned that based on existing trends, the scale of elderly homelessness is set to double by 2025. The Association has said that these old men are presenting to councils with a range of complex health conditions, often having suffered physical and mental health problems, alcohol abuse and gambling problems.

In light of the figures, Caroline Abrahams, Charity Director at Age UK said : “The fact that the number of older people who are homeless has risen by so much is very worrying. To avoid these figures going even further in the wrong direction, we need a proper safety net for when people are unfortunate enough to fall on hard time. It is outrageous to think that any older person should be homeless – these people are the most vulnerable often with physical and mental health issues.”

Polly Neate, Chief Executive of Shelter, said the charity had seen a rise in the number of homeless elderly people using their services and urged that in order for the “nightmare” to end, ministers must freeze housing benefit and commit to building more affordable homes. She said : “It’s astonishing that our housing crisis has got so bad that a record number of elderly people are turning up at their councils needing help finding somewhere to live. Sadly, we’re seeing this in our own services too, with older people regularly needing our advice and support when they become homeless.”

Izzi Seccombe, Chair of the Local Government Association's, 'Community Wellbeing Board,' warned :  “Traditionally homelessness is associated with young people and it is a tragic fact that a person suffering homelessness lives to an average age of only 47. But we are facing a ticking time bomb in older homelessness, with an alarming rise in the number of older people becoming homeless. While the actual numbers are relatively low, at the current rate, this will spiral in just a few years."

As the 500 homeless old men bed down under tonight, many of them under the stars, they can take solace in the fact that a Government spokesperson has said : “Homelessness amongst older people has its particular challenges and we know how important it is that everybody has a secure home to call their own, as well as access to expert help and advice at times of need. That’s why we’re spending £550m until 2020 to tackle homelessness and rough sleeping, as well as supporting the Homelessness Reduction Act. This will mean more people get the help they need and prevent them being homeless in the first place.” 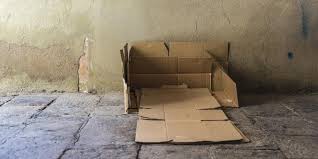