Douglas, who is 101 years old today, made 84 feature films over 47 years and old men and women in Britain remember enjoying his black and and white Ealing comedies when they were boys and girls in the 1940's and '50s and taking their own kids to enjoy his 'Indiana Jones' films in the 1980s.

What you possibly didn't know about Douglas, that he :

* was born in London, just before the outbreak of the First World War in 1913 and was brought up and went to school in Paris, where his father worked as foreign correspondent for the 'Daily Herald' and at the age of 10, met James Joyce when the novelist dropped in to his parents with a signed pre-publication copy of 'Ulysses'.

* had a father who, as a journalist, had interviewed  Hitler and Mussolini and been instrumental in freeing Gandhi from prison and in his book,'Paris in Profile' had written poetically of the 'Louvre crouches like a tiger among the trees' and followed him into the profession after leaving university and joined British United Press in Fleet Street in the mid '30s.

* began his career as a photojournalist and later said : "I had fallen in love with photography and was making a living doing photographic features for publications such as Picture Post, Paris Match and Life magazine. But in 1939 I saw a huge headline which I think was in the Sunday Express. It said: 'Danzig - Danger Point of Europe.' I packed up my Leica, got on a train and went." 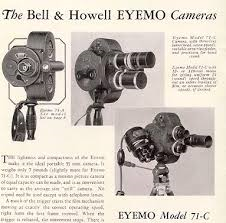 * was present and endangered himself with his newsreel camera at a meeting of the Nazi Popaganda Minister : "The Eyemo was heavy and could be noisy. Once I was in an auditorium filming a speech made by Goebbels when suddenly it decided to emit a huge snarling sound. Goebbels froze and hundreds of uniformed Brownshirts turned and glared at me in anger. It was not a comfortable moment."

* later said that he found himself "right in the middle of an absolute hotbed of Nazi intrigue. I remember taking photographs as the local Gauleiter  harangued huge crowds of Germans in the evenings with a big swastika flag in the background and photographed a synagogue which the Nazis had hung a huge banner on. It said 'Komm lieber Mai und mache von Juden uns jetzt frei' - come the lovely month of May, we shall be free of the Jews."

* one evening soon afterwards, noticed the sky over Danzig had turned red from a synagogue on fire and while filming "was arrested by the Gestapo and thrown into a cell but the next morning they let me go. After that the city's Polish authorities, who had been helping get my film out, thought it would be a good idea for me to leave."

* was in Warsaw when the German Airforce attacked and later said : "I'd already filmed with the cavalry and knew they were magnificent horsemen. But now we were at a machine-gun post with a WW1 gun screwed to a tree stump guarding a bridge. There were German planes overhead and German artillery heading across Poland it was obvious the Poles were about to be outgunned."

* returning to Britain,worked for the Ministry of Information, shooting newsreels and propaganda films and divided his time between the Fleet Air Arm and Ealing studios, with 'The Big Blockade' with footage shot on Atlantic convoys when he was 30 in 1943 and made his debut as a full-fledged cinematographer in 'Dead of Night' with Michael Redgrave in 1945. http://www.youtube.com/watch?v=86v2N-GffQM 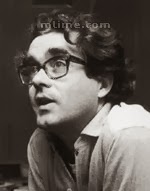 * after the War gave Ealing's films their unique, realistic look with :