Britain is no country for more and more old men who need, but now no longer receive help to wash, dress and eat.

http://britainisnocountryforoldmen.blogspot.co.uk/2013/05/britain-is-no-country-for-old-men-who.html
This was a post in May last year, relating to proposed cuts in Government funding for help for old men and women in their own homes. Ten months on and a 'Care in Crisis' report by Age UK quantifies the impact of those cuts. It shows that :

* about 168,000 old people have stopped receiving help with essential tasks such as eating, washing and getting dressed as a result of deep and continuing Government cuts to social care. 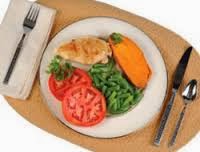 * this deterioration in social care has come despite the fact that the number of pensioners rose by more than a million between 2005-06 and 2012-13 and number of over-85s by 30% during that time.

Age UK's Charity Director, Caroline Abrahams said :
"The figures we have uncovered in this report are catastrophic. Older people who need help and who are now not getting it are being placed at significant risk and families who care for loved ones are experiencing intolerable strain."

Caroline also said :
"If older people do not receive the care they need and as a consequence end up in Accident &Emergency units and hospital wards, we have simply shifted people around the system at great financial cost and created distress and disruption for older people in the process. This make absolutely no moral or economic sense."

Liz Kendall, Shadow Minister for Care and Older People said:
"Age UK's devastating report shows the true scale of the care crisis unfolding under this government. The failure to provide decent care and support for elderly people is simply unacceptable in the 21st century in one of the richest countries in the world."

Many councils have pared back their provision of social care over recent years by tightening their eligibility criteria and old people over the age of 65 in need of help are now :

What is puzzling is the fact that, according to the Government, there is no problem for Norman Lamb, the Care and Support Minister, said:
"Social care is a priority for this government which is why we have already allocated an extra £1.1bn to councils from the NHS to protect services, but both our health and social care services need to work differently to respond to the needs of our ageing population – we need to focus on keeping people well and living independently for as long as possible."