Britain is a country diminished by the loss of Tim Lloyd-Yeates, tireless advocate of the old and weak 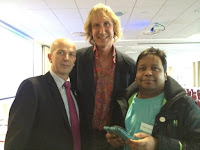 Tim, a six foot six tall, gentle giant, who dramatically changed the direction of his life at the age of forty and concentrated his energy and talent on enriching the lives of old men and women with dementia, has lost his battle with leukaemia at the age of forty-seven.

What you possibly didn't know about Tim, that he :

time outside imagining I was everything from an explorer to a footballer to a scientist" and remembered "outdoor adventure making, damming streams, making dens, scrumping apples, illicit teenage cigarettes and lots of daydreaming."

* was convinced he would play cricket for England, until a recognition of "a complete lack of talent" eventually stopped him, while attending Bristol Cathedral School with its strong musical tradition and provision of choristers for the Cathedral and where the later composer, Dan Jones, was in the year below him.

* left school at the age of 16 in 1984 and three years later started work at the 'Royal & Sun Alliance Insurance Group', where he stayed for 11 years, rising to the position of 'Facilities Manager', then at the age of 32 in 2000, worked for a year as 'Events Manager' for '@t Bristol

Science Centre' and three years later was working in the City when his 62 year old mother-in-law, Shirley, suffering from brain tumours, speech dysphasia and dementia, went into a care home recommended by her GP.

* visited Shirley and later reflected that  : “The staff were running about with too much to do, while the residents were moving around in slow motion – and there was no connection between the two” and noted that "the old people were sitting in a circle, staring into space, in a room heated to 90 degrees. At 9.30am Shirley was watching tv from a wheelchair while she didn’t own a big tv, she was a radio person who loved being outdoors. So she was receiving the antithesis of everything she would have wanted – and what this told me was that the care home didn’t know who she was.”

* used the small inheritance that Shirley had left them and with his family travelled to India and then France, but had been profoundly affected by Shirley's treatment :  “I was 35 at the time and it left me with a burning sense that everyone, especially me, could have done better.  It fired me up and stayed with me” and spent the next four years learning everything he could about health and social care policy in Britain and about dementia and on return to Britain, got himself qualified as a trained facilitator for 'Cognitive Stimulation Therapy'. 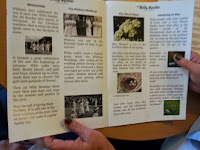 * for two years from 2008 – 2010 worked as 'General Manager' for 'Everyday Miracles', which designed and delivered activity workshops for old people living in residential care, as well as conceiving and producing the 'Daily Sparkle' reminiscence newspaper and provided music, poetry, quizzes and physical activities in various care settings and knew he had found his vocation : “For the first time in my life I felt that I was in a place where I belonged. I discovered I had a talent and a desire to connect with older people and those living with dementia.”

* left 'Everyday Miracles' when the company franchised the model and  “as skint as a church mouse” with a young family, at the age of 41, on the basis that 'although most residential care homes are good at looking after our physical needs, some care managers and staff lack the time, resources and training to look after our emotional, creative and intellectual wellbeing', set up the charity 'Alive!' 'as an antidote to the boredom and apathy I witnessed in these places.'

* phoned care homes in the South-West and when they expressed interest, armed himself with a wheelie bag full of song sheets, quizzes, poems and a CD player and set off on public transport to meet them, engaged with the residents, many of whom had dementia, kneeling down so that he was at their eye level and using non-verbal methods of communication to gain their confidence and establish his persona as 'Tall Tim.'

* in 2009, met a confused care home resident called Dorothy and asked what one

thing she "would really like to do ?" and when she replied : "the Bay House Hotel in Scarborough", typed Google maps on his iPhone, found the hotel, showed it to her and found that she  began telling him, lucidly and fluently, about its significance in her past and later recalled : "I had the first inkling of what the Internet and intuitive touchscreen technology could do for older people.”

* in 2010, with Andrew Morris, launched 'Memory Apps for Dementia', underpinned by the premise :  “It’s the people in the room who have the knowledge. They hold the answer. It’s easy to get caught up in the activities in – Paint Pals or iPads for their own sake – but they are just tools, just a bridge to the person who has lost his or her energy or identity."

* was, for example, asked by the 'Avon & Wiltshire Mental Health Partnership' to work with Peter with limited

ability to talk and walk in a residential care home in Bristol and recalled : "We used an iPad to reconnect him with his favourite things; the music of Leonard Cohen, The Epsom Derby and photos of places in the World where he has lived and worked, including Schipol Airport in Amsterdam, a Kibbutz in Israel and Kuala Lumpar".

* saw his work affirmed by Professor Dominic Upton, 'Director of Health Psychology Research' at the University of Worcester, who in his 2011 study on the quality of life for people with dementia in care homes found that tablets helped residents reminisce about positive times in their lives, build better relationships with staff and address practical challenges such as making menu choices  and said : “I was surprised by how much the iPads enhanced interaction between residents and their carers, many of whom were young and inexperienced. Also, grandchildren would come to visit and say, "This is how BBC iPlayer works" or they would explore YouTube together. The technology has great potential to bring generations together.”

* didn’t view the work he was doing as a business, but a 'social service' and in the six years of its existence, saw his 'Alive!' charity expand its annual activity to over 300 care settings across 9 counties in Southern England with 2,500 specialist dementia activity sessions involving music, poetry, physical activities, dance movement psychotherapy and creative art workshops and was proud to "lead a team of over 20 passionate, creative people who brighten up the lives of some of our most vulnerable elders in care, every day."

* in addition, promoted guided reminiscence and a acted as a 'Your Story Matters' trainer for 'The Life Story Network', volunteered his time to 'RSVP' and their care home visiting scheme and helped train their volunteers and acted as a  'Quality of Life Assessor' for the 'Dementia Quality Mark' awarded by Bristol City Council for residential homes specialising in dementia care, was elected 'Voscur Voice and Influence Advocate' for the 'Bristol Older Peoples Partnership Board' and was a presenter on BCFM Radio, hosting a monthly 'SilverSound' show aimed at over 60’s in the City of Bristol.

* when interviewed at the 'Connected Communities Festival in 2014' said about the work of 'Alive! ': " We're targeting some of the most frail people in our society, people who, generally speaking, can no longer live alone. People living with serious mental health issues and we're giving them individual attention. We're trying to help them focus on things that have been special in their lives, their memories of music, objects and experiences that they've had and to see people light up when they're given that kind of special attention has been heart-warming." https://www.youtube.com/watch?v=lFeLwvQeooY&t=3m15s

"I actually love spending time with older people in care. I sit on the floor and listen and laugh. I feel privileged to be able to connect with so many of our elders and feel slightly baffled that their wisdom is not valued more by mainstream society."

“Everyone is unique.  Let’s stop pretending otherwise.  How can you serve people if you don’t know who they are?”

"I still value my imagination as one of my greatest assets. Sometimes we need to think imaginatively to properly connect with people to challenge traditional ways of thinking and working"

* was continuously motivated by a "sense of injustice, wanting to make a positive difference for people who are often no longer able to advocate successfully for themselves."

* had Patrick Hart, Station Manager BCfm say of him :

"Most of all Tim was a friend, a gentle man filled with love, care, generosity and wisdom for so many of us that had the honour of spending time with him. He was a gifted presenter with a wealth of musical expertise and stories to share. He had a profound effect on so many of us and will leave a lasting legacy with everyone at BCfm." 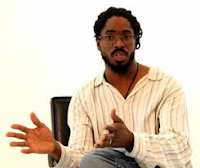 'Very sad news to hear my former colleague Tim Lloyd-Yeates has passed away. A truly beautiful human being.'

P.S. This post would not have been possible without reference to Pippa Kelly's heartfelt tribute to Tim, which concludes with a donation link to 'Alive'
http://pippakelly.co.uk/