Britain is no country for old singer songwriter, Labi Siffre, who feels unwelcome in the land of his birth, yet still believes in love

Labi, who was born Claudius Afolabi Siffre, the fourth of five children at Queen Charlotte’s Hospital in Hammersmith, London at the end of the Second World War to a Barbadian/Belgian mother and Nigerian father, is 70 years old. He has enjoyed a 50-year career as poet, song writer and singer and played Soho jazz clubs, been covered by Madness & Kenny Rogers, sampled by Eminem, Kanye West, Jay-Z & Dr Dre. He gained global status with his self-affirmation anthem ‘Something Inside So Strong’, written after he was profoundly affected by a television documentary from South Africa showing a white soldier shooting at black children. He came out of self-imposed retirement from music in 1985 to write this protest song against apartheid as a response. He had originally intended to give the song to another artist to sing, but was prevailed upon to release it himself. 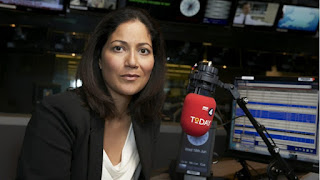 Mishal asked : "The theme that's been part of your music over many years and we've probably seen that most strikingly in the song you wrote in the 80s for which you're probably best known, 'Something Inside So Strong', human rights, that particular song was seen very much as an anti-apartheid anthem, is that the way we should see it ?"

Labi : "As soon as I'd written the first two lines, 'The higher you build your barriers, the taller I become', I realised, with a shock, that I was writing about my life as a homosexual from knowing I was gay when I was four, long before I'd even heard the word 'homophobia' or 'homosexuality' and went through the societal abuse of being told that I was, as a black man and as a homosexual, I was a 'wicked evil, disgusting pervert'. I tend to find in my life that human rights and good things are like spotlights. They move. Things happen here and then the spotlight moves and bad things take their place. So as far as I'm concerned it's a little too early to say everything's changed."

Mishal : "But you, in your own life, were able to eventually have a civil partnership with Peter Lloyd, your late partner, who you were with for almost fifty years You eventually had the recognition of your relationship which I imagine for a long time was only a dream."

Labi : "Now these were practical things for me and they were things that I burned about ,waiting for the society I lived in to grow a perceivable backbone. It took such a long time that my life and the life of homosexuals of my age, in the same way as black Americans of a certain age, it's too late to wipe away what some people would call 'bitterness' I would call 'justifiable hurt' a wound that won't ever heal. I never as a gay man and as a black man ever felt welcome in the land of my birth. I feel a little more comfortable. I got married and that's great."

In 2012 when asked what views he had on gay marriage he had answered :
" I favour it. In time it will help heterosexuals realize that love is love is love is love and the responsibilities inherent in love, regardless of sexuality, should and must be acknowledged by the state. That inclusion will encourage the ideal that all are accepted as valid and equal members of society, and thus share equal responsibilities.
I have never felt welcome in the land of my birth. In December 2005 after 41 years of love, my partner, Peter Lloyd, and I entered a Civil Partnership. We gained, for example, the legal right for him to attend my funeral or for me to attend his. The alienation lessened. State recognition of equal validity in love through the equal right to marriage would further lessen that alienation."

Labi met Peter in July 1964. They remained together until Peter's death in 2013. 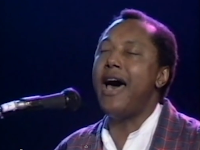 "Something Inside So Strong"

The higher you build your barriers
The taller I become
The farther you take my rights away
The faster I will run
You can deny me
You can decide to turn your face away
No matter, cos there's....

The more you refuse to hear my voice
The louder I will sing
You hide behind walls of Jericho
Your lies will come tumbling
Deny my place in time
You squander wealth that's mine
My light will shine so brightly
It will blind you
Cos there's......

The Today interview finished with :
Labi : "Two things I've written about since 1970 is a world, what some people call political and the other thing is love and how love is (sighs). You are really lucky if you find it. It's a wonderful thing."