Jim, who is 85 years old and was a founding member of 'Veterans for Peace UK' in 2012 and present at their Remembrance Day protest at the Cenataph in London last year :
https://www.youtube.com/watch?v=FPm5ePPy5Wc 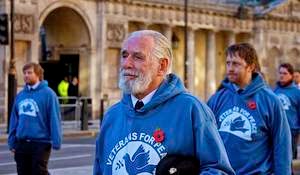 https://www.facebook.com/veteransforpeace.org.uk
As a Second World War veteran he was interviewed on the BBC Radio 4 'Today' programme earlier this week,  he explained that he no longer regularly attended the Remembrance Sunday Service held at the Cenotaph in november each year, unless in his capacity as an anti-war campaigner and said :
"Normally I don't go to the Cenotaph. I stopped going years ago. I go to the Merchant Navy memorial on Tower Hill. The reason I don't go is because that ceremony's been hijacked by politicians, by the Royal Family, by the Church. It's not about the Royal Family, it's not about the politicians, and it's not about the Church."

He also said that he thought the Second World War fought against Nazi Germany was justified but none of the wars fought since were :
" If you've seen slaughter on that scale, you have to stop and think, was it justified ? Well it was justified, in that case it was necessary, but in so many cases it's not. Most of the wars that have been since, I can't think of a single exception, seem to me unnecessary and avoidable."

Today, up to 600 very old men, British veterans who served in the Armed Forces during the Second World War will join Jim and other old vets from America, Canada, Australia and New Zealand in Normandy for the 70th anniversary of the June 6 1944 D-Day landings which marked the invasion of German occupied France and the beginning of the end of the War. The Queen will be there for the commemorations, joined by the Prime Minister and world leaders including Barack Obama, Angela Merkel and Vladimir Putin.

* in 1940, was an 11 year old growing up in Hull in East Yorkshire when the family got the news that his brother Jack had been killed when his ship, the SS Cree, was torpedoed in the Atlantic and was 13 when his other brother, Fred, joined the 'Royal Navy Rescue Tugs Service' in 1942.

*  determined to follow his brother and at 15, too young to be allowed to join the Royal Navy, went into the Merchant Navy as a galley boy on the tug the Empire Larch and later said : "I joined the tugs because that was the only way I could get to sea and every kid in Hull wanted to play a part in the War" and “in 1944, you were either a boy or a man and we became men very quickly.” 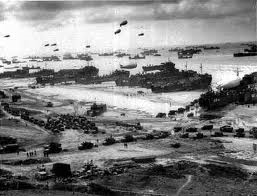 * sailed out to join the invasion fleet and said : "As we got closer, there was the most tremendous bombardment taking place, every ship was firing it's gun. It was like Dante's Inferno. There were blazing landing craft on the beach and you could still see the fighting going on. Like everyone else, even then in '44, I'd seen war films, but it's amazing the difference when it's real."

* said : "The water was full of dead men. A very sad memory of D-Day is all the poor devils who never made it to the beach, who were in the water with life jackets on, floating, and we hadn't time to pull them out. Your thought is 'this is real, this is actually happening'."

* was on his tug towing a 'block ship' into position before it was scuttled to help build a mulberry harbour to facilitate the landing of supplies for the invasion forces at Arromanches on Gold Beach. * after the War, joined the Royal Navy, spent ten years at sea before retiring from the sea in the 1950s and after a varied career, now in his 80s, takes a keen interest in the folk and maritime music, both as an attender and performer at maritime festivals around Britain and is best known for his sea shanties.


* is disappointed that, despite the heroic contribution of the Rescue Tugs, in which 30 were lost and 600 tugmen died salvaging 3 million tonnes of shipping and thousands of lives, their service has not found its place in history alongside the Desert Rats or the Bomber Pilots and said : “It's rather strange that they were so significant and yet no one knows about them”.

* along with other veterans featured in the documentary film 'MayDay - Tugs of War' made by US film-maker Robin Williams to publicise their role in the War who said : “When I first met these guys I was amazed to find no one had recorded what they did. Without their contribution, the Battle Of The Atlantic would have been lost and the Normandy Invasion would have failed. Theirs is the biggest untold story of the Second World War.” 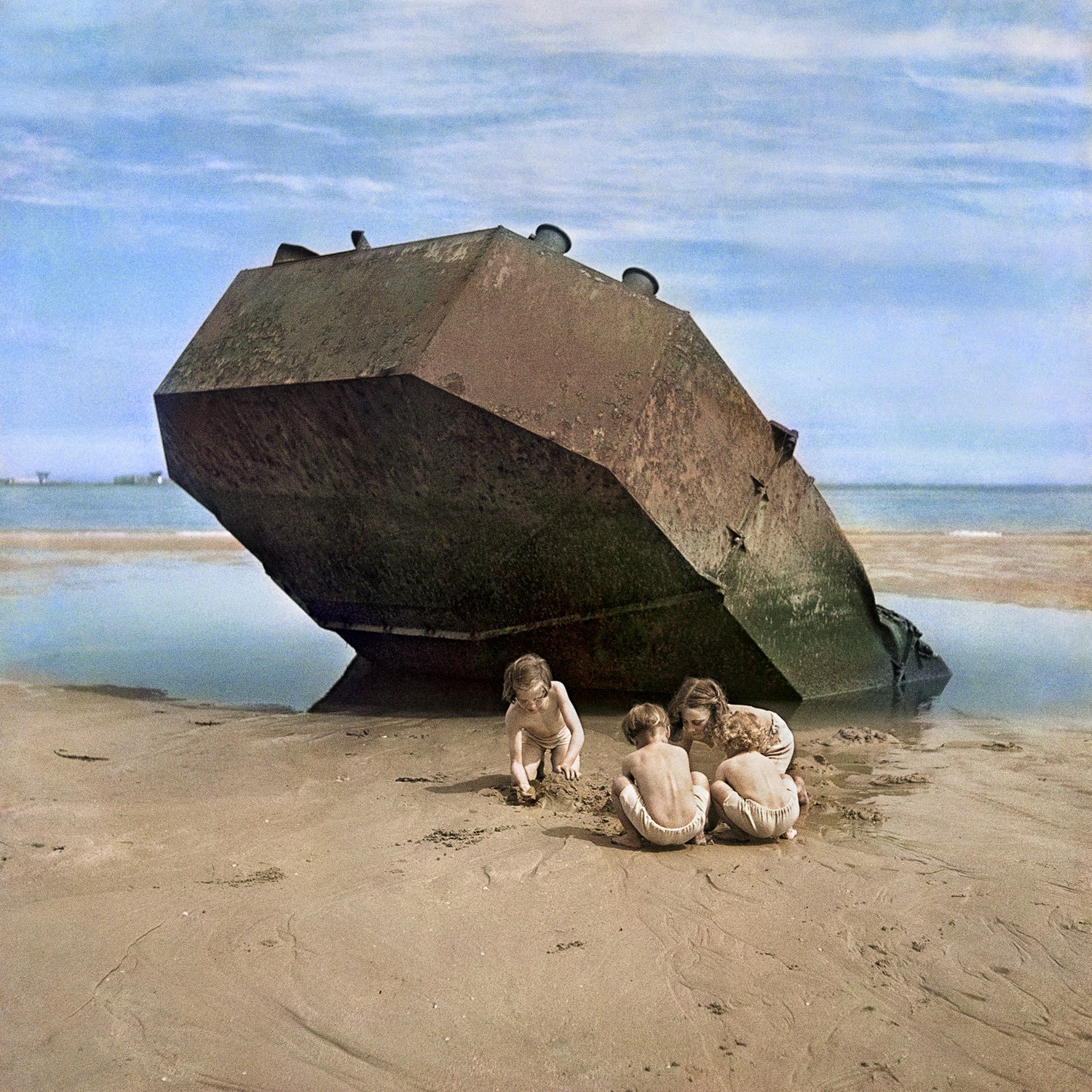 
*  when asked if he 'had returned to the site of the landings since the War ?' said: "I've only been back three times. When I saw it was a beach, covered in children and sandcastles and people running and playing, that moved me enormously. The contrast is so amazing."


* twenty years ago composed his autobiographical 'Shores of Normandy' and sang it for all those men who had served and died on the 6th June 1944 in BBC Radio 2's tribute concert at the Royal Albert Hall.

* received a standing ovation from the audience where, there was doubtless, scarce a dry eye but couldn't get served at the bar after the concert until an appreciative member of the audience, who was already being served bought him a whisky :

In the cold grey light of the sixth of June, in the year of forty-four,
The Empire Larch sailed out from Poole to join with thousands more.
The largest fleet the world had seen, we sailed in close array,
And we set our course for Normandy at the dawning of the day.