Britain is still a country, but should be no country, for old men 'fighting' cancer

It was 4 years ago that Dr Kate Granger published her article in the Guardian entitled :


Having cancer is not a fight or a battle
Why is military language used to describe cancer? These words are meant to help patients but can have the opposite effect 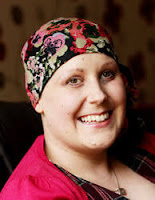 Kate, who was diagnosed with desmoplastic small round cell tumour, usually seen in teenagers, was 36 years old when she died 2 years ago.

* 'In my world, having cancer is not a fight at all. It is almost a symbiosis where I am forced to live with my disease day in, day out.'

* 'To fight it would be "waging a war" on myself. I have used chemotherapy on two occasions to bring the cancer back under control and alter the natural history of the disease. I submitted myself to this treatment gently, and somewhat reluctantly, taking whatever each day had to throw at me. I certainly didn't enter the process "with all guns blazing".'

* 'When I do die, I will have defied the prognosis for my type of cancer and achieved a great deal with my life. I do not want to feel a failure about something beyond my control. I refuse to believe my death will be because I didn't battle hard enough.'

* 'And that's the problem; in my view the language used around cancer seems to revolve around wartime rhetoric: battle, fight, warrior, beat. While I recognise that these violent words may help others on their journey with cancer, as someone who is never going to "win her battle" with this disease, I find them uncomfortable and frustrating to hear.'

* '"She lost her brave fight." If anyone mutters those words after my death, wherever I am, I will curse them. I would like to be remembered for the positive impact I have made on the world, for fun times and for my relationships with others, not as a loser. I do not want to feel a failure about something beyond my control.'

* 'I do understand why this military language has penetrated the media, charities and everyday life. It is meant to evoke positivity at an unimaginably difficult time in someone's life. But I think it can have the opposite effect and we need to challenge it and to break away from how we have been conditioned to think and speak about a disease that will affect one third of us at some point.'

Kate's words resonate with me because, having been diagnosed with bladder cancer at the beginning of 2016 and then, after a course of eight doses of chemotherapy (it would nave been nine, but my white blood cell count was too low), I submitted myself to a surgical cystectomy. In my five and half hour operation, my surgeon removed not only my bladder and prostate, but also my appendix and a dozen lymph nodes and, in a masterpiece of new plumbing, constructed an ileal conduit out of a section of my colon which allows me to live without a bladder.

And here we are 4 years after Kate's article and Macmillan Cancer Support has just published its report 'Missed Opportunities', in which it makes the point that fighting talk' can leave cancer patients unable to talk about death and dying.

Given the fact that British culture that men show fortitude in the face of adversity and given the fact old men are statistically more like to experience some form of cancer than young men, it is probably true to say that it is still to be regretted that old men are still caught up in the business of fighting their cancer.

Owen Jones said recently in the Guardian about the death of his father from prostate cancer : 'Our culture poorly equips us to deal with grief, a combination of death being treated as a macabre taboo subject and a particularly English awkwardness with raw emotions. It’s also – and let’s be honest about it – that the expression of emotion is portrayed as weakness in a patriarchal society.'

* 'We know that ‘battling’ against cancer can help some people remain upbeat about their disease, but for others the effort of keeping up a brave face is exhausting and unhelpful in the long-term.'

*  'We need to let people define their own experiences without using language that might create a barrier to vital conversations about dying. For health and social care professionals, there is often a fear that the person is not ready to talk about dying. We know, however, that making plans while receiving treatment allows people with cancer to retain a sense of control during an emotionally turbulent time.'

* 'Future planning before a person’s health deteriorates is also strongly associated with lower hospital death rates. When staff have a record of where someone would like to die, that person is almost twice as likely to die in the place of their choosing as well as have other care preferences met and fewer emergency admissions at the end of their life.'

It was Susan Sontag’s 1970s 'Illness as Metaphor' which argued that metaphors create moral judgments against patients and aren’t helpful.

Some organizations have now turned towards more neutral terminology.and instead of “fighting” cancer, people “undergo” treatment for cancer; “cancer-free” is preferred to “cancer survivor” and, as for a disability, it’s something you “live with,” rather than “conquer.” The most common substitute for a battle is "a journey" which is a good fit, because we’re already used to the concept of life as a journey. It also encompasses the idea of companions and of people with earlier diagnoses’ acting as guides.

When the DJ Danny Baker was diagnosed with cancer at the age of 53 in 2010 he said :

"I’m just the battlefield, science is doing the fighting and of course the wonderful docs and nurses of the brilliant NHS"

Like Danny, I was not the one doing the fighting, rather it was the brilliant Urology team at my local hospital who were fighting the bad guys, by proxy, on my behalf.


Britain is no country for old men with prostate cancer