Britain, besieged by coronavirus, is neither a country for old men nor an old Professor of a Public Health and Turbulent Priest called John Ashton 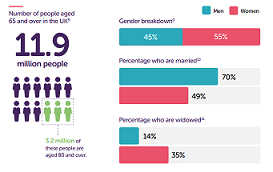 Those aged 65 and over are a large and rapidly growing group – there are currently more than 11.9 million of them, about 16% of the total population. A sizeable minority are very old. There are 3.2 million of them aged 80 and of them 1.6 million are aged 85 and over. They divide up as 45% men to 55% women.

Professor John Ashton is 73 years old and has a long career at a high level in Public Health and most recently as President of the Faculty of Public Health.

When he was interviewed about the coronavirus 38 days ago, on 3rd February, he was reasonably sanguine about the control of the disease : https://www.youtube.com/watch?v=-m_YjOUQavQ

However, when he was interviewed last night by Emily Maitlis on BBC TV's Newsnight, he was far from sanguine.

Emily : "Professor Ashton, does it sound to you as if we are ready for this and as if the Delay Phase has come at the right time ? too early ?  or a bit late ?"

"Well, I'm tearing my hair out really with this. I'm very frustrated here. I'm with Richard Horton, the Editor of the Lancet and with Tedros, the Director General of the World Health Organisation."

The Professor was 'with' Dr Richard Horton who had tweeted :

He was also 'with' Dr Tedros Adhanom Ghebreyesus, who yesterday, had said :
" There are now more than 118,000 cases in 114 countries, and 4,291 people have lost their lives. Thousands more are fighting for their lives in hospitals. In the days and weeks ahead, we expect to see the number of cases, the number of deaths, and the number of affected countries climb even higher. WHO has been assessing this outbreak around the clock and we are deeply concerned both by the alarming levels of spread and severity, and by the alarming levels of inaction. We have therefore made the assessment that COVID-19 can be characterized as a pandemic."

"We have called every day for countries to take urgent and aggressive action. We have rung the alarm bell loud and clear."

"We cannot say this loudly enough, or clearly enough, or often enough: all countries can still change the course of this pandemic. If countries detect, test, treat, isolate, trace, and mobilize their people in the response, those with a handful of cases can prevent those cases becoming clusters, and those clusters becoming community transmission."

Referring to the speech the Professor said : "It was a kick up the bottom, particularly for this country. We've got a complacent attitude. It feels wooden and academic. We've wasted a month when we should have been engaging with the public. If this now spreads they way it looks as though its likely to spread, then there will not be enough hospital beds and people will have to be nursed at home. We should have got a grip on this a month ago ... I want to know why why we are not testing ? Why we haven't tested those people coming back from Italy and who are now amongst us ? We've got a recipe for community spread here."

Emily asked : "What would you be doing now in terms of distancing measures ? As I speak we've got a Liverpool game going on. We've got people coming in overseas to that. We've got the Cheltenham Festival going on. Are these things you would say, immediately. should stop ?"

The Professor replied : "Well I didn't go to the game tonight. I just got so confused about what's going on, to be quite honest. But you've got Madrid where they're playing games behind closed doors and you've got 3000 supporters in town staying overnight in Liverpool, drinking in bars and a proportion of those will be corona positive. We will now have people being infected tonight in Liverpool because of that." 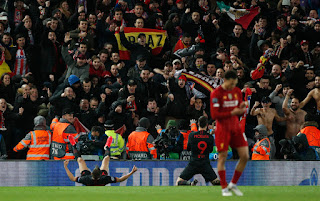 "The Government needs to get a grip and stop treating the public as children, which is what it's been doing and we need a pragmatic approach. We don't need this academic approach which we've been getting form London."

"The local a regional public health system is now very weak they've had cuts in budget of 30%. Since public health has been put into the town hall they've been ignored and neglected. There's no mention of local authorities today in the Budget. For the public health system the staffing is dramatically reduced compared with 2013 and they're going to have to do this. It's going to be a community issues. It's going to be a local and regional issue. It's not all run from London by people behind closed doors thinking they can pull levers and think things will happen. They won't. It's a battle against the virus which has to be run by everybody."

The Professor in  the news again today in the Guardian :

and the Daily Mail :