Britain is no longer a country for, salutes and says "Goodbye" to the oldest man in the world and of the world : Bob Weighton

Bob who has died in coronavirus isolation at the age of 112, had the distinction of being one of the few people alive who had lived through both the Spanish Flu pandemic of 1918 and the present day nightmare of Covid-19.

He summed up his philosophy of life as : "My experience is that, although you recognise differences and you have to do that to be realistic, it's no hypothetical matter, but in the end I found it possible to have the same sort of human relationships with with anybody else; different though they may be. And you've got to find a way of living together constructively. You have to live together in some way and you have to give and take and reach a reasonable conclusion. You can't live in a world where everything is perfect for you and destructive of somebody else's point of view. But if you want to know I feel is the outcome of all my experiences I would say that sums it up :
It's far better to make a friend out of a possible enemy than it is to make an enemy out of a possible friend.

This is something I have lived by throughout my life.”

Bob was born on 29th March 1908 in Kingston-upon-Hull, Yorkshire, the fourth child of seven of of Eliza and Arthur, a veterinary surgeon. Ten days later a young politician called Winston Churchill entered the Cabinet for the first time as President of the Board of Trade; in June, the first major Suffragette rally took place in Hyde Park and an estimated 300,000 to 500,000 people demanded 'Votes for Women'; a loaf of bread cost 2½ pennies and a pint of  beer 1¾ pennies; on the other side of the Atlantic, in a rising power called the USA, Henry Ford’s Model-T motor car was introduced, costing $850 and on this side, EM Forster’s 'A Room With A View' and 'The Wind in the Willows' by Kenneth Grahame were published in hardback.

During he intervening 112 years between his birth and today Bob lived through two world wars, saw 22 prime ministers, five monarchs, the rise and fall of communism and fascism, the moon landings, the birth of the NHS and the transformative power of digital technology.

Bob stayed at school until he was 16 in 1924, after his father paid an extra £3 a term for his education so that he could take up a marine engineering apprenticeship and, after qualifying, he moved to Taiwan, to teach at a missionary school, but first had to spend two years in Japan learning the language.

In 1937, at the age of 29, he married Agnes, in Hong Kong then returned to Taiwan, where his son, David was born and en route back to Britain, was diverted to Toronto, Canada, due to the outbreak of the Second World War.

Bob fathered two more children in Canada, before moving to Connecticut in the USA and worked in a factory that made airplanes for Britain to help them fight the War and also worked closely with the American Secret Service broadcasting propaganda to Japan, before moving to Washington and then back to Britain after the war had ended, eventually taking on a teaching position at City University, London. 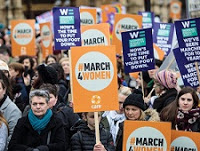 On Bob's 110th birthday on 29th March 2018 Gary Oldman had just gained an Oscar for his portrayal
of Prime Minister Winston Churchill in the film 'Darkest Hour' ; two months before a 'March4Women Rally' took place in London with thousands of protesters calling for gender equality; a loaf of bread cost £1 and a pint of beer £3.60; a Ford Fiesta cost £13,470; Amazon sold the DVD of the film version of E.M. Forster's 'A Room with a View' and Peter Hunt's 'The Making of Wind in the Willows' was published in paperback.

On his 109th birthday in 2017 he said that he was a "bit irked" to be celebrating on the same day Brexit was triggered and although he was "not enamoured" with all of the European Union's decisions and spending, he felt quitting was a "mistake." He said he did not regard Theresa May's signing of Article 50, as "a step forward at all" and joked : "She didn't ring me up to see what my reaction would be."

Bob described himself as "very internationally-minded."  He had not been in favour of Brexit and had said : “I have a son who married a Swede, and a daughter who married a German. I flatly refuse to regard my grandchildren as foreigners. I’m an internationalist but I’ve not lost my pride in being a Yorkshireman or British. I’ve lived in a number of countries and I felt I was at one with the people there. You can make as good a friend with a German or an Argentinian or a South African as you can with the man next door.”

Bob took 'A Level' German at the age of 70 and kept two small flags, German and Swedish, on his mantelpiece – a nod to his international extended family.