Britain, assailed by coronavirus, is no country for old men living alone with no family, no friends and no support bubble 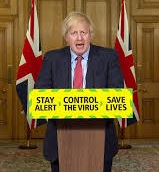 Prime Minister Boris Johnson announced that from Saturday, people in England who live alone or single parents who live with children under 18, will now be allowed to form a 'support bubble'. This means they will be allowed to go and visit one other household, indoors and even stay the night if they would like to.

This is obviously good news for those old people with sons and daughters, brothers and sisters and grandsons and granddaughters and friends to visit. Good news for those of the 640,000 old men between the age of 65-74 and 780,000 old men at 75+ who live alone in Britain and have family and friends. But what about those who have no support bubble ? Not a single family member ? Not a single friend ? They will remain unseen and forgotten. Too many have already died from the effects of coronavirus unseen and alone after they avoided hospitals and GP surgeries through fear of contracting coronavirus.

Old people in Britain and living alone, measured in thousands, in 2019 : 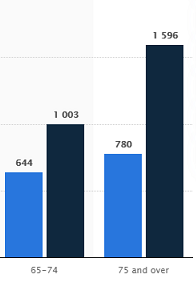 Dr Mike Osborn, a Senior Pathologist in London and the Chair of the 'Death Investigation Committee' at the Royal College of Pathologists has said : “People have lain undiscovered during the pandemic for seven to 14 days. I’ve seen plenty of such cases like this, where bodies are decomposed, in the Covid outbreak and also done postmortems in ‘query Covid’ cases where the disease was suspected.”

He stressed that decomposition made identifying the exact cause of death difficult. However, despite this, he was able to establish that some such deaths were as a result of Covid-19 and doctors believe that several dozen such cases occurred in London during March, April and May.

Caroline Abrahams, the Charity Director of Age UK said : “We always feared that a number of older people would be found dead alone at home, either victims of the virus or of something else, and it is extremely sad to find that this is indeed the case.”

One of the doctors who certified the deaths of mostly old men and women who died at home in London while working for the capital’s 'Pandemic Multi Agency Response Teams' [PMART] explained the sad, challenging and mentally demanding nature of the work and said :

"I was one of 30 doctors who at NHS England’s request volunteered to certify deaths of people who had died 'in the community' – at home – rather than in a care home or hospital. We were sent the deceased’s name, location of death and brief details of their medical history, which the ambulance service person or police officer had gathered. We then spoke to their GP, or hospital doctor, or relatives, to glean more information about them and what might have led to their death.

For about 10 days at the peak of the pandemic in April, PMART doctors issued about 60 to 80 death certificates a day for people who had died at home, and in the end we had issued one for about 700 people in all. We each certified about 20, 30 or 40 deaths. Of the ones I did, everyone who died was over 40, and most were over 70. Many had other diseases like diabetes, obesity, breathing problems or high blood pressure and a few had a history of drug or alcohol misuse. It was profoundly sad work, and challenging, but at the same time not grim work.

Most of us did a few cases in which people had died at home alone and lain undiscovered for some days. The longest time someone had gone before being discovered that I had was a week. Those cases were sad, especially given someone’s body had started to decompose. That made it impossible to say definitively if someone had died of Covid or something else, like a heart attack. However, we assumed that many were due to Covid, often exacerbated by underlying health problems.

So that I could do this work I struck a balance between caring and enabling myself to function. I approached it as a duty to carry out as a medical professional, rather than as a friend or relative, to minimise me getting distressed as a result of feeling empathy for the deceased and their family, as that would inhibit your ability to do your job. And it helped that we did this work remotely, often from our own homes. We then passed on our findings to either the local coroner or local registrar of deaths. I suspect we will hear more about these tragic deaths of people alone at home when coroners’ inquests begin." 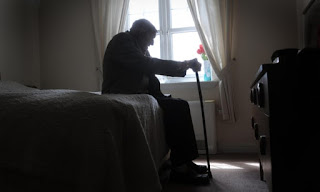