Britain is a country with a city called Manchester, which found a home for an old, rough sleeper called Phil Baraclough

Phil Baraclough is 60 years old, but looks much older. His past rough sleeping and tuberculosis, which has left him with one lung and his past addiction to drink, have left its toll on him. He first went to prison when he was a teenager and has lost track of how many times he returned to jail over the subsequent decades.

It was the death of his girlfriend ten and a half years ago which triggered the downward spiral in his life that led to him rough sleeping most nights outside Manchester’s new Co-op building.
Two years ago he moved off the streets and into a first floor flat in Hulme, just outside Manchester City Centre. At that time his breathing was laboured, an after effect of his TB. He was quite clearly drinking heavily and had violated the terms of his tenancy before he spent even one night in his new bed by giving his keys to a friend from the streets, while he went into residential rehab. At that time he agreed to talk to a journalist from the Guardian as long as they didn’t identify him. He was not long out of prison and didn’t want his family, back in West Yorkshire, to find out what had become of him.

Now, two years later, Phil has no qualms about being named and as a beneficiary of 'GM Homes Partnership', is now in a better, one-bed ground floor flat in a different part of the City. It looks more like home with a Lowry print on the wall, along with a certificate for a course he has completed in 'home decoration'. He has a new girlfriend and now drinks only on special occasions and is philosophical about his future and says he will try to enjoy the years he has left, and then can be disposed of as cheaply as possible : “Chuck me on the council tip for all I care”.

Phil is one of the 356 people in Manchester housed by the Partnership and is also one of the 338 who remain in their accommodation since, of the original 356, seven have gone to prison, three have returned to the streets and eight have disappeared. Sam Perrett, the Project Manager describes this as “an amazing outcome which has far exceeded expectations”.

Initially, there was scepticism among social housing providers involved in the scheme that it would work, even though they had all signed up to provide flats for the participants. Sam said : “There was a worry about overriding allocation policies and accommodating people who have had rent arrears or issues with antisocial behaviour in the past, particularly when resources are so stretched”.

The project was funded by a 'Social Impact Bond' (Sib), where social investors : 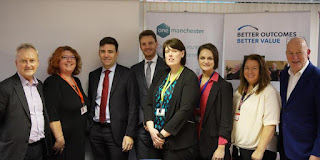 who came from the local voluntary, community and social enterprise sectors to pay for the project at the start, and then received payments from the Government based on the results : £500 for every participant who moved into a home, with £1,500 bonuses for sustaining the tenancy for three, six and then 18 months, and more for completing rehab or training and getting a job. Although this particular project came to an end at the close of 2020, the social investors will continue to monitor participants in recognition that some will always need more help than traditional tenants.

Andy Burnham, who was elected Mayor of Manchester on a pledge to eradicate rough sleeping in 2017, is delighted : “The Sib, alongside other schemes we have commissioned at the Greater Manchester Combined Authority, has helped turn lives around and has had a truly positive impact on the numbers of people who are sleeping rough. Many people now have safe and warm homes, as well as the support they need, and thanks to the Sib can look to a positive future”. 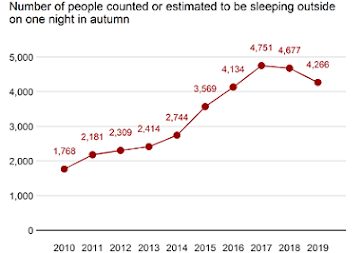