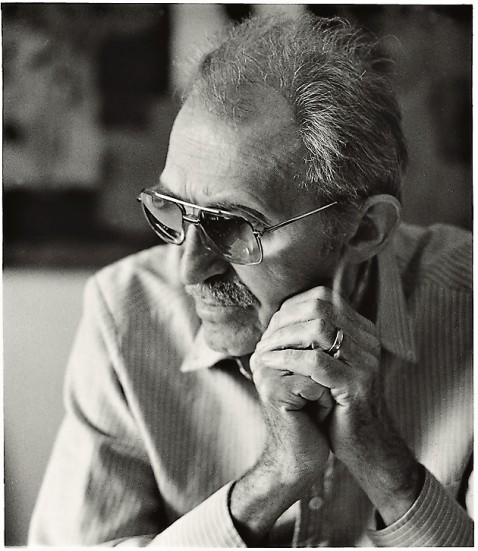 Thurston, who has died at the age of 101, had a long professional life which started with book illustration and moved through commercial photography and teaching before painting finally took over his sunset years.

What you possibly didn't know about Thurston, that he :

* was born before the outbreak of the First World War in 1913 in South London, to Sybil and Robert, a bank cashier and prolific writer of ghost stories and real crime stories, biographies of  Wilde, Wells and Rudyard Kipling.and topographical studies of Sussex, Cornwall and London.

* was a pupil at the Roman Catholic primary school, St. Joseph's Academy, Blackheath and a wide-eyed small boy who, at home met the publisher, Cecil Palmer and was taken to saturday night events at London's 'Savage Club', bohemian meeting place of journalists and writers, where he met musicians and artists and was struck by the drawings.

* moved to Brighton with the family when he was 9 years old in 1922, briefly attended a state run junior school, was baptised into the Roman Catholic Church and was sent away to board at St Joseph’s Roman Catholic private prep school, run by the Salesian Order of Brothers at Burwash in East Sussex near Kipling’s home at Batemans. 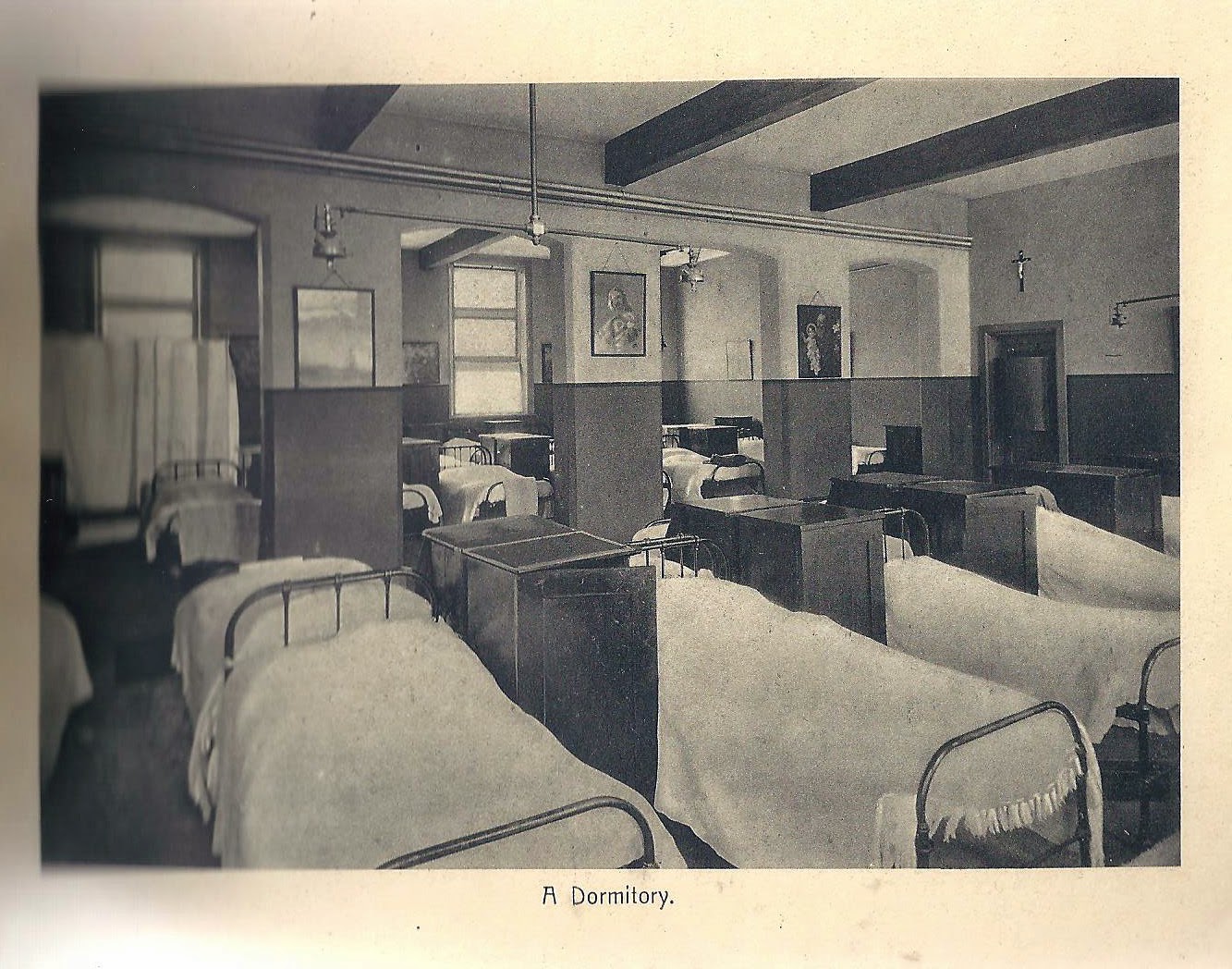 * recalled "the one thing that never failed to raise my spirits was the arrival of the boys’ magazines my parents sent me each week. Although I was an avid reader of the adventure stories, I enjoyed even more studying and copying, in pen and ink, the black and white illustrations that went with them" and desperately unhappy, ran away from school and was then placed in a small boys school, Montpelier College, in Brighton.

* drew and wrote for the school magazine, while at the same time made illustrations for books by his father, who "drew my attention to the dramatic use of black in the work of Aubrey Beardsley, which further excited my imagination and made me think that sitting at a drawing board, producing my own visual recreations of incidents in stories by writers like Kipling and Somerset Maugham, would be a highly enjoyable way of earning a living."

* when his father saw he was a serious about his artistic ambitions, said he would pay the fees if I could get a place in Brighton College of Art and in 1931, took his portfolio to his interview and was accepted, thanks largely to the decision of his tutor, Morgan Rendle, himself an illustrator in Punch Magazine, who watched over him and gave him valuable advice on how to approach difficult magazine editors. 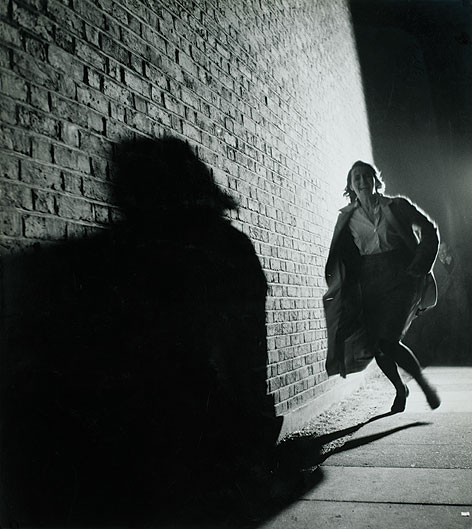 * followed Morgan's insistence on regular attendance at the life class and remembered : "him saying with a smile ‘and don’t just sketch, DRAW’. How right he was. And I’ve never forgotten him saying to me: ‘watch those shadows; they give black and white illustration weight and balance where it is most needed’.  This became something of a leitmotif in my visual thinking, not only when I was making pen and ink drawings for provincial newspapers, but also when I began using a camera."

*  after graduation and at the age of 23 was working as an illustrator at Photopress, but found that the abdication of Edward VIII in 1936 put an end to this, his first job in graphics : adding decorative frames to portraits of the King and considered what the boss said when he left the studio : "by the way, have you ever taken photography seriously ?"and with newspapers moving from illustrations to photographs, found that “the camera paid better than the brush” chose that as his way forward. 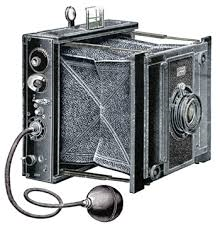 * working as a freelance, found his first Goerz-Anschütz camera heavy and awkward and though averse to mechanical devices, persevered, learning to take pictures by flash-powder with the attendant shower of magnesium fall-out, because his ration of bulbs was limited, took his first press portrait, the stage set designer, Oliver Messel, followed by Walter Sickert at Sadler's Wells then Coward, Leigh and Olivier.

* having joined the Photo Press Agency, disliked the 'dog-eat-dog' practices of Fleet Street and left London at the age of 23 in 1936, to work as a freelance wedding photographer in his native Brighton, where, perhaps to please his father, disappointed that he had not chosen to become a writer and fed on a diet of Jack London, Warwick Deeping and Compton Mackenzie, wrote two draft novels.

* became familiar with the new Leica camera and recalled it as the first "I can recall handling without a certain feeling of distaste” and "loved the absence of the requirement for technical perfection” and as a young photographer, was attracted to the 'Picture Post' magazine launched in 1938, conceived by the Hungarian émigré Stefan Lorant, former editor of illustrated weeklies in Berlin and Munich and introducing a fresh international outlook, first hand experience of the rise and spread of Nazism and using the new photographic genres of picture story, photo essay and editorial feature.

* after the outbreak of the Second World War, agreed with his friend, chief photographer at the Evening Argus who said :"Look, we don't want to be holding rifles do we ? Much better holding cameras " and in 1940, joined the RAF Photographic Unit armed with Leica which he "took it to bed in cold weather so that its sensitive shutter would function freely the following morning." 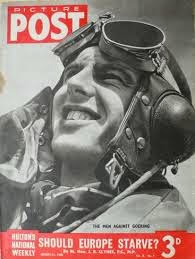 * served in Algiers undertaking air reconnaissance and a study of camp life and posted to Italy, started writing again, swapping his leica for a typewriter, contributing film reviews and an article on James Joyce to the officer's magazine and when demobbed in 1945, having had a short story published in 'Tribune', met George Orwell to discuss a possible literary career before confirming, to himself, his ambition to join the Post as a photojournalist.

* with a view to building a portfolio of work, hitchhiked around Europe, photographing the civilian population, fascinated by their endurance in the face of the suffering and tragedy of war and worked to produce a dummy issue of the Post, composed entirely of his own features. 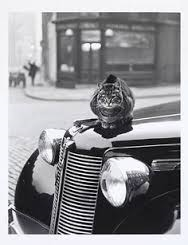 * finally joined the Post as a freelancer and at the age of 37 in 1950, liked its practice of writer and photographer working as colleagues and not competitors on a story, said : "I take the rather unpopular view that words and pictures need one another" and was promoted to  'staffer', working alongside Humphrey Spender, Leonard McCombe, Bert Hardy and John Chillingworth. and made his signature feature with 'The Cats of London' in 1951. 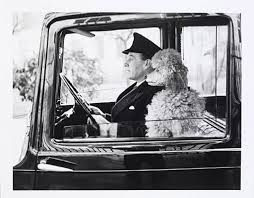 * enjoyed working in the theatre : John Gielgud in 'Much Ado about Nothing' and Morecambe and Wise for 'Blackpool Entertainers' Story' and assignments : 'Sunday at Round Pond'

and eschewed Cartier-Bresson’s dogma of the snatched 'decisive moment', by stage-managing pictures like his 'La Dolce Vita Knightbridge, London' with its chaufferred poodle in 1953, when this seemed appropriate.

* did not either regard photography as a fine art or expect his pictures to have permanence and claimed always to have felt a certain contempt for his leica, “the little monster” and sensed that there was “something unnatural, even faintly ridiculous" about what  he "was doing so
energetically".

* explained how, with only ten minutes allowwed, he prepared a bad tempered Alfred Hitchcock for a photograph : “I produced a pair of scissors from my camera bag.I saw his eyes flicker at it. I said: ‘Mr Hitchcock, do you think you could explain how you planned that gruesome scene with Grace Kelly in Dial M for Murder?’ He looked at me, frowned, and to my relief, he suddenly smiled almost like a schoolboy,and reached forward and took the scissors. Then he was rolling about on the great big sofa that was in his hotel suite, stabbing things on his back and explaining how it was done.”

* in 1955, met fellow photographer Grace Robertson, 17 years his junior, nearly a foot taller and daughter of the broadcaster Fyfe Robertson, who worked under the pseudonym, 'Dick Muir', at a time when female photographers were rare and shared his vision for the Post and later said : “I can’t recall anyone at Picture Post mentioning the ethics of photojournalism. It was just understood: a code of behaviour which reflected the seriousness of the magazine and the respect in which it was held.” 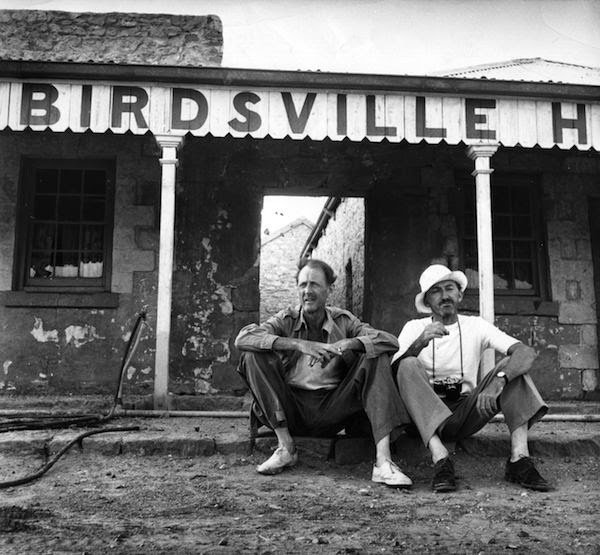 * closed his first career with the Post with 'Life in Liverpool' in 1956, 'spiked' by the Post’s owner, Edward Hulton, in deference to Liverpool’s leaders who protested at the depiction of poverty, misery and deprivation in their city’s slums, was sacked and started a year freelancing, using Grace's dark room and producing 'Dogs of London' with her, before rejoining the Post and when it folded in 1957, had covered almost 400 stories, travelled to Africa, India, the Pacific and in the outback of Australia with Fyfe Robertson in 1954 (left) and had received two British Press 'Picture of the Year' Awards. http://ow.ly/DHkGe 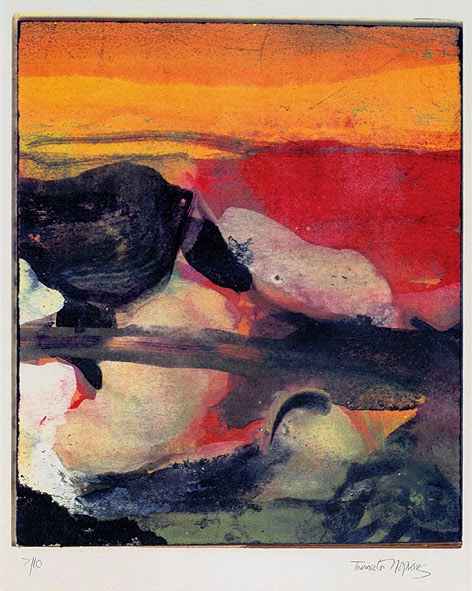 * ran an advertising studio in Chiswick, West London, until 1967, then, with a proliferation of young photojournalist and a decrease in fees, left photojournalism to
concentrate on teaching on Ifor Thomas’s 'Editorial Photography' course at Guildford School of Art, with students, Janine Wiedel and Robin Constable, then in retirement, renewed his love of painting :

*  witnessed collections of his work at the 'V and A', the 'Arts Council', the 'Museum of Modern Art', New York and to celebrate his 80th birthday in 1993, saw the gallerist Zelda Cheatle, show his nocturnal images in 'After Dark' and for his 90th, 'Getty Images', mount a major retrospective and the National Theatre showcase the 'Golden Age of Reportage' and in 2005, granted Leica Fotografie International access to his archives for 'A Life in Image.'

* was recorded by the Guardian in 2013, on the occasion of his hundredth birthday, describing his time at Picture Post : http://ow.ly/DOcQQ

* always maintained that he would have rather become either a painter or a writer,  than a photographer, but having said that, once observed that : 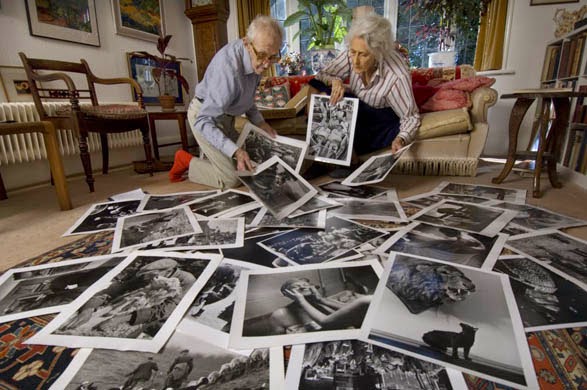 Other photographers lost to Britain :


Britain is a country where old men of Salford said "Goodbye" to an old photographer called Shirley Baker who captured them on film when they were boys http://ow.ly/DHpNp

Britain is no longer a country for and says "Goodbye" to an old artist-photographer, once 'Laureate of Teenage London' called Roger Mayne http://ow.ly/DHpTY