Britain says "Farewell" to its Master Craftsman of Poetry for Children, Tony Mitton

Tony, who has died at the age of seventy-one, was born in the January of 1951, in Tripoli, now Libya, in  North Africa, the son of Vera and Stanley. He said : "My father was in the British Army, so I spent my childhood in North Africa, Germany and Hong Kong". "I did not get much poetry at home in my childhood, as I recall. But my father used to have some songs and rhymes he chanted around bath and bed times : ‘Your baby has gorn dahn the plug’ole' was one. Another was politer versions of ‘The boy stood on the burning deck' and there were one or two pieces based on popular music hall or wartime favourites : ‘Run, rabbit, run rabbit, run, run, run’ went down well.(link) I may have bounced on my bed to the rhythm of that". 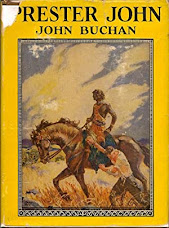 At the age of nine the family moved to Britain and when he was in his forties Tony recalled : "When I was about nine, and rather miserable and lonely in a strict little boarding school, I stumbled on a novel during the enforced half-hour of reading after lunch. It was called 'Prester John' and was by John Buchan. This is the first novel that I can remember reading for pleasure. It really gripped me. I remember the bereavement of finishing it and being unable to find anything that matched it for me then in power and style. I recently had a similar experience (thirty-seven years later) when I read the first two parts of Philip Pullman's "His Dark Materials" trilogy". 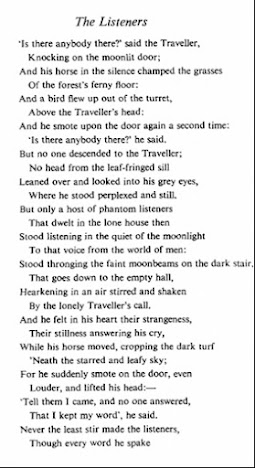 He recalled : "When I was about nine or ten, I had a teacher at school who used to get us to learn poems by heart, which I seemed to have a natural talent for. It was through him I learned poems like ‘The Listeners’ (link), Rudyard Kipling’s ‘If’ (link) and others. He got us to write poems of our own, which I also showed a fair leaning toward".

After passing the 11+ exam Tony attended a state boarding school in Suffolk and said : "Once I got to grammar school, where I again had an enthusiastic and original English teacher and a very good school library, things really took off for me, both in the classroom and in my own time". "I was reading poetry from my school library from the age of 12 or 13". "By my teens I was writing poems for the school magazine and keeping a notebook of my own poems, written out in my best handwriting. No typewriter, no tablet, no device of any kind. Just pencils, biros and a good fountain pen and notebooks. Simple but effective". He said : "I was eager about studying English Literature both for 'O' Level and for 'A' Level. Also I did French 'A' Level which included a lot of French Literature".

Having gained a place to study English Literature at Cambridge University, he became an undergraduate at Gonville & Caius College at the age of eighteen in 1969 and said : "I was taught, sometimes individually, by Jeremy Prynne one of Britain’s most erudite poets of the late 20th century". When he graduated in 1973 he trained at Cambridge for a year as an 'English' teacher and then, after a spell of secondary school teaching worked as a primary school teacher and specialised in 'special needs' teaching, working with children with literacy and behaviour issues.

During these years, his interest in poetry remained unabated. He said : "For me poetry is language at its sharpest, most evocative, most penetrating, most powerful. It’s like language with the dial turned right up. This doesn’t mean it’s loud and brash like rock music. It just means the power (and this can be a quiet, intense thing) is turned ‘up’. For me poetry is one of the main ways that life can be verbalised into a meaningful shape or form. Poetry is a means for making sense of the world, of life, of experience, of consciousness. That makes it sound very ‘serious’, very deep, very solemn etc. It need not be so".

"Poetry can be light and humorous while carrying deep messages in its hold, like a light sailing vessel bearing a heavy, dense cargo over the ocean. Or it can wear a solemn face for a solemn occasion. It can take many shapes and forms, appearing in various moods and styles. Poetry is thought finding itself through the medium or agency of language, the fashioning of experience into a meaningful shape. Or you could say it is just ‘playing with words’. Look after the words and the meanings will look after themselves".

When he was forty in 1991, he married Elizabeth McKellar, a lecturer in modern and contemporary art and together they had two children and it is Doris and Guthrie to whom Tony refers, when he said :  "It was my own children who started me actually composing poems for their entertainment. My first ‘poems for children’ were written for fun, to amuse my two children when they were very young. Gradually I began to realise that my poems were as good as many I saw in print. Since I enjoyed the process I began to submit work for publication and it was from there that my late career as a poet for children and verse picture book writer developed".

Tony said : "I spent half a lifetime subsequently as an 'intending, attempting poet' before I stumbled on kinds of writing that other people wanted to read and were prepared to pay  for. I was in my 40s by then and didn’t get to write full-time freelance until I was turning fifty". "I was, in my early days as a writer of poems for children, particularly fond of and very impressed by the poems for children that Charles Causley, our Cornish poet, wrote. I read his adult work too, but was especially keen on his work for children. He too spent many years as a primary school teacher in his home town of Launceston". 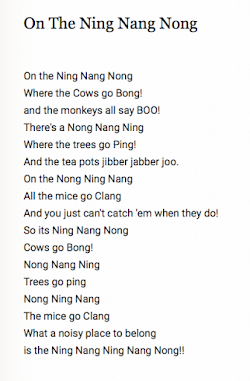 "I know that there are several things that many children respond to in poetry. One is the brevity of many lyric poems. For a novice reader a poem can be less daunting than a long chunk of narrative or discursive prose. There are fewer words. There is more white space around the words, so less the sense of a dense screed to be penetrated. A poem can seem more manageable, less threatening, for its modest length or size. It can seem less of a text and more of a sound bite. In today’s world that is particularly recommending to many children. Another thing is that many children enjoy the rhythms, rhymes and other textural aspects of the more patterned forms of poetry. The musical traits of the language feature highly in such work and can be seductively employed particularly in humorous work. Spike Milligan’s ‘Ning Nang Nong’ continues to be a great favourite".(link).

Tony also said : "Poetry also has a quiet, lyrical, ruminative voice. Think of classics like de la Mare’s ‘The Listeners’ or James Reeves’s ‘The Sea’, ‘The sea is a hungry dog….etc’. (link) Children can be dreamers and musers. I know this because I taught in primary schools for years. And I’ve watched two children of my own go through childhoods that had many dreaming moments. Poetry speaks to this quiet, reflective aspect of childhood. It is not all bun fights and jelly throwing and silly teasing and mirth. Those are fine and there is a place for them. But children can be as serious and as earnest as any adult, as thoughtful as any philosopher, sage or mystic. The greatest minds in our cultures and canons passed through childhood in their emergence. And serious thought is not only for ‘great’ minds. It is for all minds at the right place and time". He shared his perceptions in Poetry Thoughts .

He said : "I love many of the poems I’ve written, for various reasons. That may sound arrogant but I don’t mean it that way. I’m not claiming they’re great. I’m just saying I love them because, for me, they’ve come through and taken shape to say something right in the best way I could at the time. The first and last poems in Plum, as children’s poems, are good old faves of mine: ‘My Hat' (link) and ‘Plum’(link). Simple, accessible, but in essential ways true, both for me and in general. “It’s my lid. / And I love it.” and “You have the making of / a whole new tree".

Tony said of children and poetry :

"If they like it, if it diverts, engages, entertains or instructs them, it is important for them and they should have it."