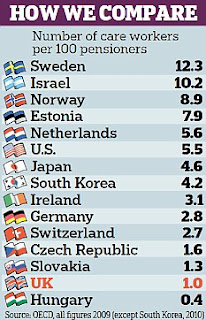 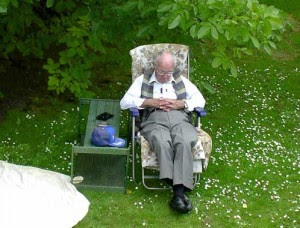 An article in the 'Daily Mail' today was entitled :
One carer for 100 pensioners, UK's record of shame

Based on a report for the O.E.C.D, it made the following points, that :

* Britain has just one carer per 100 pensioners, a smaller proportion than anywhere else in the developed world with Ireland having three times as many, the U.S.A. five times and Sweden has 12 times.

Last month, the 'Equalities and Human Rights Commission' revealed that overstretched carers routinely spend less than 15 minutes with pensioners in their homes, forcing them to choose between being washed and being fed a hot meal and older people were regularly left malnourished, while others were abandoned in bed for 17 hours. 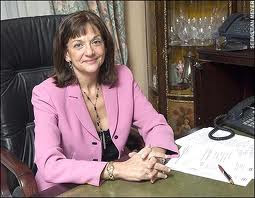 Labels: Pensioners have less carers than any other country