Although Allan had lived for some years in the USA and died at the age of 67 on Christmas Eve in Los Angeles, he was born and bred a Brit and did important work as one of its first independent television producers in 1970s Britain.

What you possibly didn't know about Allan, that he

* was born in London, where his mother was a hairdresser and father was a bricklayer and later a 'clerk of works', when the family moved to Hainault in Essex and from the age of 11 in 1957, went to Beal Grammar School in Ilford, left and joined the Vidal Sassoon Salon in New Bond Street as an apprentice ladies' hairdresser. 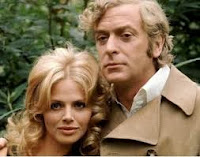 * in 1966, at the age of 20, opened his own salon, where his clients included the Beatles, Jean Shrimpton, Elizabeth Taylor and Richard Burton and worked as a hair stylist on 'If …' starring Malcolm McDowell in 1968 and and 'Get Carter' starring Michael Caine in 1971.

* in 1970, joined the 'James Garrett Agency' the largest producer of tv commercials in Britain and and set up a similar company, Pembridge Productions, in 1974 with an American base in 1976 and three years later, with his friends Dick Clement and Ian La Frenais, founded 'Witzend Productions' initially working from his back bedroom.

* with Ian, produced 'Porridge' which Dick directed in 1979, a film version of their popular tv sitcom which Ian recalled as : 'Chelmsford prison in January; Dick, wearing what looked like an Afghan warlord's coat in freezing weather. Which was when Allan explained to me that the difference between producing and directing was that, in conditions like this, the producers went to lunch, somewhere warm with a good wine list.'
http://www.youtube.com/watch?v=ywqLTTxgexo 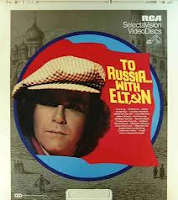 * produced 'To Russia With Elton', a documentary about Elton John's 1979 tour, the first by a western pop act in Soviet Union in Cold War Russia, where Ian recalled that 'Allan spent considerable time trying to seduce our KGB handler, Natasha. Not sure if he succeeded, but if so the result will almost certainly be preserved on film, as all our bedrooms had cameras in the chandeliers.'
http://www.youtube.com/watch?v=ziYnMWIxR7M 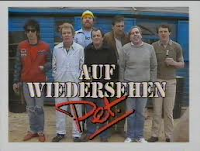 *  as Executive Producer of 'Auf Wiedersehen, Pet' from 1983-86, a tv series about a group of itinerant British builders in Germany, went beyond the standard sitcom format to produce one of the first in the 'comedy-drama' genre and although ITV, at first, had no plans for him to make a second series, saw it  backtrack when up to 13 million viewers tuned in.
http://www.youtube.com/watch?v=vLAKG04Uq0E

*   after further sitcoms in 1985-86, 'Roll Over Beethoven', 'Mog' and 'Girls on Top', made 'Lovejoy' from 1986-94, starring Ian McShane as a roguish antiques dealer http://www.youtube.com/watch?v=dYftoRFfrGE and in 1986, with his company, Witzend, bought SelecTV, which became its parent company.

* in 1988 had founded, with Maurice Gran and Lawrence Marks, 'Alomo Productions' and had a major success with their 'Birds of a Feather' in 1989-93, http://www.youtube.com/watch?v=Kn7U5n6wl-c 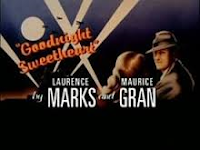 with Maurice tweeting : 'He pioneered indie TV production, told great stories and changed lives - including mine' and followed with 'Love Hurts' from 1992-94 and 'Goodnight Sweetheart' from 1993-99.
http://www.youtube.com/watch?v=hhsGRaPxWZk 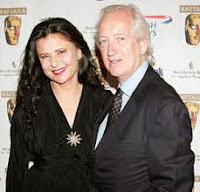 *  in 1990 he became a founding member of the 'Meridian Consortium', which won the ITV television franchise for the South-East of England and ran the
company’s comedy programming.

* sold his stake in SelecTV for £51 million and moved to the USA with his wife, Tracey Ullman, producing her HBO comedy series 'Tracey Takes On..'., which ran for five years and picked up eight Emmys and also produced her quick-fire comedy sketch series, 'Tracey Ullman’s State of the Union' from 2008–10.
http://www.youtube.com/watch?v=Y_mryGA3z_8

* launched his own independent American production company, 'Allan McKeown Presents..' in 2009 and back in Britain, became involved in the live stage production : 'Jerry Springer :  the Opera' at the National Theatre', which won the Olivier Award in 2004 for 'Best New Musical' http://www.youtube.com/watch?v=Vpsd9XU05fU
and in 2005, with Yoko Ono, produced 'Lennon the Musical' on Broadway.

* produced, what was to be, one of his final tv ventures, 'Mumbai Calling', a sitcom set in an Indian call centre based on the experience of his daughter at Leeds University, who, failing to get her internet to work, was told by her provider to call back in an hour when “the Indians come on, they are much smarter than us”, which inspired him to pitch the idea to ITV.
http://www.youtube.com/watch?v=57zzX0H2Wn0 and
http://www.youtube.com/watch?v=gGmEHIbs3co

Ian La Frenais  produced a fine eulogy, recalling when they had first met back in Allan's hairdressing days on the 1970s :

'Allan was chummy, laddish, a chancer, a flirt and very, very funny and his ambitions went far beyond a pair of scissors or even his own salon...I always felt whatever Allan was doing was a stepping stone to the next thing. He was extremely ambitious and self-confident, but he loved having creative people around him....Bon voyage, my friend, and thank you for the love, loyalty and lunacy. If you somehow get the chance to read this, I'm sure there will be only one question on your lips: "Is there a series?" '