Britain says "Hats off and Happy Bithday" to an old master of stage farce and voice of those with learning difficulties called Brian Rix.

Brian, who I remember on black and white tv and on stage in Whitehall farces, when I was a boy in the 1960's is 90 years old today.

* was born in Cotingham in the East Riding of Yorkshire, the son of Fanny, who ran a good amateur dramatic society and was lead soprano in the local Operatic Society and Herbert, who ran a family shipping and subsequently, oil company in Kingston upon Hull.

* was, as boy, a talented cricketer, who wanted to play for Yorkshire County Cricket Club, but when at Bootham School in York (right) decided to follow his sister, Sheila, into an acting career, which he did at the age of 18 on 'deferred service' from the Royal Air Force during the Second World in 1942 and in Donald Wolfit's Shakespeare Company.

* played Sebastian in 'Twelth Night' at St James's Theatre in London, gained repertory experience with the renowned 'White Rose Players' at the Opera House in Harrogate, then joined the RAF before volunteering to work as a 'Bevin boy' in the coal pits near Doncaster. 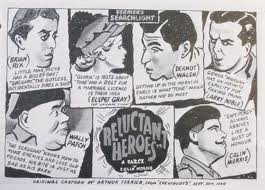 * returned to the stage after the War and formed his own theatre company at the age of 23 in 1947 after talking his father and uncles, into putting up the then considerable sum of £1,000 and used £50 of the cash to buy an option on 'Reluctant Heroes' become the first 'Whitehall farce' and 'number one' cinema hit in 1952, with him playing the gormless north-country Army recruit, Horace Gregory.

* at 25, married actress Elspeth Gray, remained with her, domestically and professionally for 64 years until her death last year and worked alongside her in in the 50s and 60s for 16 years in his farces at the Whitehall Theatre before he moved to the Garrick Theatre, breaking West End records in the process.

* after his wife gave birth to their first child in 1951, was summoned to her obstetrician's Harley Street rooms where, offering him a cigarette, the doctor asked: "Have you heard of mongolism? I am afraid that your daughter is a mongol. Will you tell your wife?"

*  became, with his wife, involved in the world of learning disability after finding a complete lack of welfare support and education for his daughter with Downs Syndrome with the only care in the shape of a Victorian, run-down hospital where 'patients' were left to their own devices for hours on end. 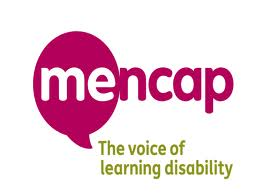 *  threw himself into fundraising for learning disability charities, became the first treasurer of the 'Stars Organisation for Spastics', which supported the then 'Spastics Society', became first chairman of the 'special functions fundraising committee' of the then 'National Society for Mentally Handicapped Children and Adults', which became 'Mencap'.

* presented more than 90 farces on BBC TV, with viewing figures regularly topping 15 million and in the early 1960s was its highest paid actor, but is rarely mentioned in retrospective programmes looking at the early days of tv because only 6 recordings exist in the BBC archive.

* became renown for losing his trousers and subsequently lost them at least 12,000 times in 26 years he was on stage, although less on tv in scenes, with his character innocently caught with his trousers down in the bedroom of a woman who was not his wife. 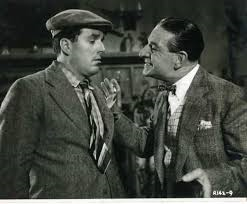 * produced 'Dry Rot' (left) in 1954 and saw it run for 4 years, followed by 'Simple Spyman' and 'Chase Me Comrade' with Ronald Bryden in the 'New Statesman' writing : 'There they are are: the most robust survivors of a great tradition, the most successful British theatrical enterprises of our time. Curious that no one can be found to to speak up wholeheartedly for them – no one, that is, outside enthusiastic millions who have packed every British theatre where they have played.'

* was described by Harold Hobson in the Sunday Times as : 'The greatest master of farce in my theatre-going lifetime', but received no theatrical awards and after 26 years of almost continuous performance in the West End, on 8 January 1977, gave his final very emotional performance in 'Fringe Benefits' to a packed house on the stage where he started, the Whitehall Theatre.

* from 1978-82, with his daughter, Louisa, presented the BBC TV series, 'Let's Go', the first designed specifically for people with learning disability and in 1980, became the Secretary-General of Mencap, then Chairman in 1988 and at the age of 76, President, an office he still holds today.

* entered the House of Lords as an apolitical cross bencher in 1992, campaigned ceaselessly on legislation affecting people with a learning disability, has been one of the most regular attenders, introducing numerous amendments to legislation associated with health, social welfare and education and  saw his amendments to the 'Childcare Bill' extend statutory childcare provision for children with a disability from 16 to 18 years old and changes to the 'Electoral Administration Bill' lead to people with a learning disability being able to vote freely.

* served as the first Chairman of the 'Arts Council Monitoring Committee on Arts and Disability', founded and chaired the charity 'Libertas' which produced audio guides for disabled people at museums, historical buildings and  places of interest, gave up smoking in 1950 when he lost his voice during a matinee of 'Reluctant Heroes' and subsequently became a founding member of ASH, 'Action on Smoking and Health'.

* has produced two autobiographies : 'My Farce From My Elbow' in 1974 and 'Farce About Face' in1989 and 'Gullible's Travails', an anthology of travel stories by the famous for the 'Mencap Blue Sky Appeal' and for Mencap's 60th anniversary, produced 'All About Us! – The history of learning disability and of the Royal Mencap Society.'

So its 'Hats Off' as a salute to an old Brit who started his career making audiences laugh in the Whitehall Theatre with his trousers down and ends it making the lives of those with learning difficulties better with his amendments to laws in the Mother of Parliaments.