Britain is still a country for its blind Lord, indefatigable champion of the disabled and disadvantaged called Colin Low

Colin, seventy-two years old and serving in the Upper Legislative Chamber as Lord Low of Dalston, has just been awarded Liberty’s 'Human Rights Campaign of the Year Award' and said : “I was delighted to receive this award because it highlights our success in greatly extending the application of the Human Rights Act to social care situations. When we consider the extent of cruelty, abuse and neglect which we daily read about in our newspapers, this is a vitally important step forward.”

What you possibly didn't know about Colin, that he : 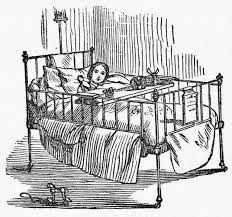 * was born, partially sighted with congenital glaucoma, during the Second World War in 1942 in Edinburgh, was two when his father, who was an Army Reservist in the War, died and lost his sight completely after an accident at the age of three and was then packed off, against his Mother's wishes, but on the advice of 'professionals', to board at the Nursery Department of Edinburgh's Royal Blind School (right), where he remembered 'crying himself to sleep' as an infant in a cot with metal sides.

* at the age of thirteen in 1955, went to 'Worcester College for the Blind', where staff were chosen for their academic prowess, not for the softness of their shoulder to cry on and which was run on the lines of an old-fashioned public school. 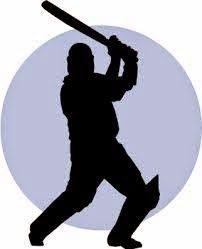 * as a teenager, had little private space, slept in a dormitory of ten and if necessary was disciplined by the older boys but did learn to play cricket by listening for the bounce of the ball and was encouraged to be independent and go out of the school grounds on his own without any formal training with either a white cane or dog.

* left school and in the early 1960s studied Law at Oxford University with the help of volunteers who read textbooks to him and after graduating went to Cambridge, successfully studied for a Diploma in Criminology and in 1968 at the age of 26, started teaching Law and Criminolgy at the University of Leeds.

* in the 1970s was 'radicalised' by a communist colleague and in his own words became quite "nasty, aggressive and strident" in fighting for the rights for the blind and lent his help to 'Disability Rights UK' to combat poverty in disabled people and championed the cause of the inclusion of disabled pupils in  mainstream school and was described as a 'young Turk for integration' at a time when blind children went to special schools. 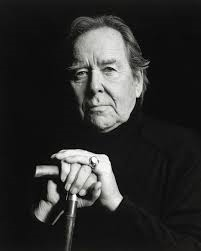 * in the mid 1970's served with Lord Snowdon in his 'Working Party on the Integration of the Disabled' whose own experience was based on having contracted polio at the age of 16, which  revealed young disabled people missing out on education beyond the age of 16 as a direct result of the costs incurred by their impairment and where he was one of the first to recommend help for 'Activities of Daily Living' on the grounds of disability.

* left Leeds at the age of 42 in 1984, moved to London and took the position of Director of the 'Disability Resource Team' then became a Senior Research Fellow at City University, carried out research on theories on disability and on retirement in  2000 at the age of 58, started work as Chairman of the 'Royal National Institute for the Blind' and transformed it from a top-down organisation, to one run by either blind or partially-sighted people it served and had his work recognised in the award of a CBE in 2000.

* started his 8 years tenure as President of the European Blind Union in 2003 and on his elevation to the House of Lords in 2006 as a 'peoples' peer', recognised that there "many battles to be won - changing employer's perceptions of blind people and getting the 75% of blind and partially sighted people, reluctantly languishing in on social security into jobs" and saw that "it would be an excellent place for networking with the right people" just as soon as he "had established a way of spotting their lordships across a crowded room."

* in 2006 in his maiden speech in the House of Lords as the Chamber's sole blind peer, said : "My Lords, though hailing originally from Scotland, where I spent the early part of my life, I have been exiled in England for the last forty years, the last sixteen of them in Dalston, whence I have taken my title. Dalston is in Hackney, which was recently voted the worst place to live in England" then, after pointing out that " blindness is one of the severest disabilities" said that it was not recognised in relation to eligibility for social services and the Disability Living Allowance.

* pointed out that : "Failure to bear the needs of the blind in mind reaches farcical proportions when we learn that they are now planning to lower the pavements and remove the barriers at traffic hot spots so that motorists and pedestrians will be more aware of one another and be able to demonstrate this awareness by means of eye contact."

* in 2009 at the age of 67 stood down as the Chairman of the RNIB and continued to serve as a Vice-President and this year, successfully led the campaign, which initially met with resistance from Government Ministers, but did result in human rights protection to now embrace all those who either receive residential care or care provided in their own home,  arranged or funded by a local authority.

* achieved success by using his skill in negotiating with Government and Peers across all parties and with the support by a public campaign led by 'Age UK' and a coalition of a dozen charities and 17,500 people who signed a petition calling for the Government to recognise older and disabled people’s human rights in whatever care setting they lived.

* in 2012 put forward his proposal for reform of the unelected House of Lords with : 'I have long thought that a good way of recruiting to the House of Lords that was really representative of society would be to have people elected by a series of electoral colleges representing the different branches of civil society – the law, medicine, the arts, the services, education, sport etc. I now think of this as a much more broadly based and democratic appointments system. The colleges would nominate and the appointments commission would do the actual appointing. This is the way to get a fairer deal for disabled people, and a better democracy for us all.' 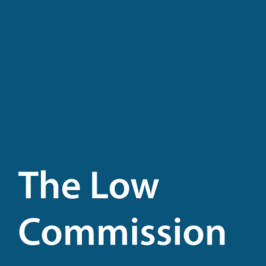 * chaired the independent 'Low Commission on the Future of Advice and Legal Support' https://www.youtube.com/watch?v=bujo_pkU6pk , which in January this year, called for the reintroduction of legal aid for all housing involving disrepair and the right to quiet enjoyment, rather than only cases where people face eviction after the 'Legal Aid Sentencing and Punishment of Offenders Act 2012', removed large areas of civil law from the scope of legal aid.

The lonely, little blind boy who cried himself to sleep in his cot has travelled a difficult road and the man he became has remained faithful to the pledge made at the end of his maiden speech in the House of Lords : 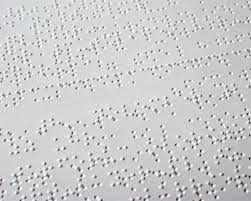 "When I began my law studies over forty years ago, someone said that, where judges had to find a solution for every difficulty, academics would find a difficulty for every solution. My Lords, it will be my aim in this House to attempt to find solutions rather than difficulties."
Posted by ...............................JohnBoy at 13:32