Britain is no country for an old N.H.S. 'whistle-blowing' Professor of Surgery called Harold Ellis

Retired surgeon, Harold, who is 89 years old and has had a long and distinguished career in medicine is not a happy man and is almost tongue-tied with distress as he reflects on last week’s 'Freedom to Speak Up' Report on whistleblowing in the National Health Service by Sir Robert Francis QC, which revealed shocking accounts of bullying of staff who raise concerns about either sub-standard care or dangerous practice. Qualified as a doctor in 1948, he still teaches anatomy at King’s College, London, has been a whistleblower himself and is proud of it.

“I am just horrified. I just cannot comprehend how a situation could possibly happen where a person would have to fear suspension or bullying for raising proper concerns about the way that people were being looked after. It distresses me beyond measure. This would never have happened in the earlier days of the National Health Service."

What you possibly didn't know about Harold, that he :

* was born in the East End of London in 1926, to parents who were Polish Jews, his mother a dressmaker and father a barber, was educated at  St Olave’s Grammar School and at the age of 16 during the Second World War in 1942, gained a Government scholarship and place to read medicine at Queen’s College, Oxford and recalled that : “I didn’t know any doctors but I thought I wanted to be one.” 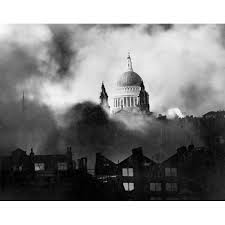 * found himself slightly fazed to be resident among the 'dreaming spires' while the War raged over London and his parents spent nights in a bomb shelter, then found that life really began for him when he went to the Radcliffe Infirmary as a clinical student.

* qualified as a doctor in July 1948, in the same month as the National Health Service was created by the post-Second World War Labour Government http://ow.ly/JBeAM and became a 'house surgeon' at Radcliffe Infirmary, Oxford, at the age of 22 and recalled that since hospitals were all nationalised during the War, there was no dramatic change : "it did not mean anything to us at all, we were just delighted to be doctors" and "it did not alter the way we did our jobs. All it meant was that our pay did increase from £50 to £100 a year, but then we lived in hospital and everything, including our laundry and our food was paid for, so our pay was just pocket money.”

* recalled that : "Each year we used to expect one or two of our medical students to be admitted to the sanatorium after contracting pulmonary TB. Being a Cockney from the East End of London I used to say, "I bet I am so immune I won't get it."  But getting poliomyelitis (polio) used to scare me as a medical student. There were a couple of epidemics and one of my chums died in an iron lung in the Radcliffe so I knew I did not fancy that at all."

* was assigned to a ward in 'Hut C', where the sister in charge was 'Sister Hut C. Ellis' who, with him, took joint and equal responsibility for every aspect of the ward and its patients and when, on one occasion when infection broke out, took it as a slur on their personal reputations and later said : “I saw it as my fault”, set to work to trace its source, which, when finally identified as being a “gooey tap”, he took immediate steps to clear and reflected that a few months later after cleaning was outsourced, getting overflowing lavatories fixed became much more difficult because it was no longer deemed the ward’s responsibility. 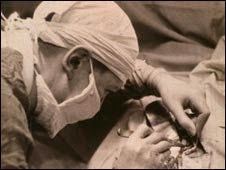 * in 1950, was called up to serve two years National Service as a captain and 'surgical specialist' in the Royal Army Medical Corps and after being demobbed, worked in turn at St James Hospital, Balham, then as 'Senior House Surgeon' St James Hospital, Balham (left), until 1953, followed by a year as 'Resident Surgical Officer' at Sheffield Royal Infirmary, another as 'Senior Registrar' at the age of 29 at Westminster Hospital, where he blew a whistle and reported hygiene problems in outpatients, which were sorted within days, before becoming 'Senior Registrar' at Radcliffe Infirmary, Oxford.

* in 1960 at the age of 34, was appointed 'Senior Lecturer in Surgery' at Westminster Medical School, then 'Professor of Surgery' at the age of 36 at the newly opened surgical unit and remembers that these were the days when consultants were in charge of their own ward, with a sister and junior staff all reporting to them with any clinical question dealt with immediately by the consultant as "a matter of pride".

* remained at Westminster until 1989 when he 'retired as a practising surgeon at the age of 63 and moved to Cambridge University to serve as a 'Clinical Anatomist' four years, passing on his enthusiasm, expertise and care for the patient to youngsters entering a medical world very different from the one he had entered forty years before. 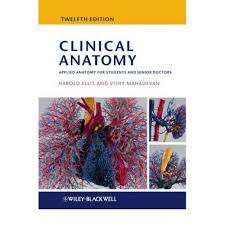 * is renowned among medics for his textbook : 'Clinical Anatomy : Applied Anatomy for Students and Junior Doctors' which went into its 13th edition in 2013 and his prodigious output of  hundreds of papers and dozens of books which in production were supported by the myth that he used to dictate papers while sitting in his bath and his own admission that he did not need much sleep.

* recalled when he was 82, that, as a young medic, worked for a terrible surgeon who, when something went wrong would say to the patient : "I don't want you to blame yourself" and they would say "sorry my wound has gone septic" but felt that things had now gone too far the other way, with doctors too worried about litigation to do their job properly and "I remember putting a woman on the operating table with no pulse and no blood pressure and opening her up with no anaesthetic and saving her life, but if that was to happen today the surgeon might say: 'What about the lawyer?'."

* said, on the publication of the 'Freedom to Speak Up' Report : "How could such a thing happen?” “I did not read the Report because it makes me too upset, but I believe that lines of command in the NHS are no longer clearly established. There is no longer that personal feeling of responsibility for the patient that we all had throughout my career” and blamed a collapse of clear lines of responsibility among medical and nursing staff for such an erosion of sense of community that aberrations like the Mid Staffordshire Hospitals Scandal occurred – and may do again.

* thought that the “slavish adoption” of the European Working Time directive also dealt a deadly blow to essential NHS systems because, as doctors and nurses work shorter hours, their cases are taken over by new shifts of clinicians, leading to a dilution of responsibility for a patient’s care and said : “I’m an old man now, but I am certainly not unique. If the phone went at 2am at night, you just got dressed and went off to the hospital. The wellbeing of the patient was all that mattered, and it was so obvious that we didn’t even talk about it.” 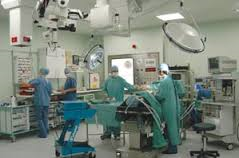 * also regrets, with the drive for and increase in specialisation, the end of the 'surgical team' where he and his theatre sister operated together for decades, so she knew what he needed before he asked for it, while now teams are often thrown together on the day, having never met before which : "leads to a lack of continuity, in which a patient’s needs can fail to be noticed.”

* is horrified that problems in the NHS have turned into a 'political punchbag' by the political parties in the run up to the General Election in May and thinks the crux of the problem was too much change and too fast : “Things are moving at a remarkable speed and the NHS has not been able to change fast enough to adapt."

* has an additional fear about the NHS in that it faces "an insatiable and increasing demand” with an urgent need to focus on increasing GP numbers to ensure that they are not on call every night and weekend, leading to burn-out and is appalled at the groaning Accident & Emergency departments and suggests that serious investment in them will also go some way to counteracting the GP problem, while more are being recruited.

Is this is the same old and reflective who, as a very young and idealistic medical student at the Radcliffe Infrirmary seventy years ago, had said  ? :

“It was like the gates of heaven opening – white coats, stethoscopes and calls of ‘Oh Doctor’ – I really loved it.”