Britain is no country for old villains who rob a few Hatton Garden diamond bankers and end up in jail, but is one for young banker-villains who rob everyone and go scot-free

In May last year it was announced that five of the world's largest banks were to pay fines totalling £3.6bn for charges including manipulating the foreign exchange market. 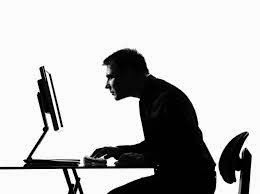 The British bank, Barclays, was fined the most, $2.4bn. It said it would sack eight employees involved in the scheme.
Regulators said that between 2008 and 2012, villain-traders formed a cartel and used chat rooms to manipulate prices in their favour. One Barclays trader who was invited to join the cartel was told : "Mess up and sleep with one eye open at night" and another said : "if you ain't cheating, you aint't trying".
One method they used was to influence prices around the daily fixing of currency levels : A daily exchange rate fix is held to help businesses and investors value their multi-currency assets and liabilities. Until February 2015  this happened every day in the 30 seconds before and after 16:00 in London and the result is known as the 4pm fix, or just 'The Fix'. In a scheme known as 'Building Ammo', a single villain trader would amass a large position in a currency and, just before or during the fix, would exit that position. Other members of the cartel would be aware of the plan and would be able to profit.

New York State 'Superintendent of Financial Services', Benjamin Lawsky said : "They engaged in a brazen 'heads I win, tails you lose' scheme to rip off their clients."
All these young banker-villains made an enormous amount of money for themselves and their banker friends. They all enjoy their freedom with no fear of arrest by the police, a trial and time inside prison, at Her Majesty's Pleasure. 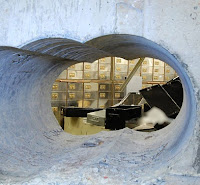 Also back in May 2015, Scotland Yard police arrested nine men in a dramatic operation which came after six weeks before, a gang staged the audacious robbery at the Hatton Garden Safe Deposit Company and escaped with millions of pounds worth of diamonds, cash and valuables. At the time they were described as analogue criminals who hadn't quite made it into the digital age.

Despite their various ailments, the ageing gang clambered down a lift shaft to access a vault, where they disabled the alarm and other electrics. Dressed as gas repairmen, they cut through a sliding iron gate and drilled three adjoining circular holes in the wall of the main vault with a diamond-tipped drill.

Now, ten months later, at the end of their trial at Woolwich Crown Court, five members of the gang, with a collective age of 322 years and the oldest 75 and the youngest 60, have been jailed for a total of 34 years. If John 'Kenny' Collins (left), serves his full term he will be 82 when he comes out of prison. The gang’s oldest member, the 77 year old ringleader, Brian Reader, who was known by his

ellow raiders as 'the Guvnor' or 'Master', was absent and will be sentenced at a later date after suffering a stroke in high-security Belmarsh prison.

They were jailed for the robbery and stealing £14m-worth of jewellery, cash and gold. More than £9m-worth of the loot has yet to be recovered, with at least some of it feared to have been taken overseas.

Judge Christopher Kinch said: “The burglary of the Hatton Garden Safety Deposit vault in April 2015 has been labelled by many as 'the Biggest Burglary in English legal history'. Whether that assertion is capable of proof, I do not know. It’s clear that the burglary at the heart of this case stands in a class of its own in scale of ambition, detail of planning, level of preparation, the organisation of the team to carry it out and in terms of the value of the property stolen.”

In his sentencing remarks, he said, despite their age, the men showed some sophistication in plotting the raid : “Far from stumbling into 21st century crime as relics of a past era, the conspirators were clearly highly aware of  the dangers of leaving traces that could lead to their identification."

Explaining his decision to disregard the sentencing guidelines, he said the case involved greater harm than those covered by the guideline : “The theft and damage inevitably caused significant financial and economic loss on an unprecedented scale. The consequences for the company and for some of the individual jewellers were serious indeed. The safety deposit company went into administration, its reputation in ruins and it no longer operates as it did.”

Two of the robbers said “Thank you, sir” to the Judge after being sentenced.

It must be said that many of the losers were small independent jewellers, including those who were keeping stock for their retirement. The Judge said : “In my judgment it must rank among the worst offences of its type. It would be contrary to the interests of justice to follow the definitive guideline, which was simply not designed with a case of this scale in mind.”