Britain is still a country for and says "Get well soon" to a brave old rocker called Chris Rea who, sadly, won't be 'Driving Home for Christmas'

Chris, who is scarce old at 66 years, was on tour in Oxford when he fell backwards half way through a song in his performance on the stage of the New Theatre a week ago. He was taken to hospital and, as far as I know, that is where he remains for Christmas.

His health problems began when he was 43 years old in 1994, when he had peritonitis and stomach complications and got worse six years later when he was diagnosed with pancreatic cancer, underwent a 'Whipple procedure' and lost the head of his pancreas and part of his duodenum, bile duct and gall bladder. As a consequence of this, he developed diabetes and a generally weaker immune system and had to take thirty-four pills and seven injections a day.

He has said : "It's not until you become seriously ill and you nearly die and you're at home for six months, that you suddenly stop, to realise that this isn't the way I intended it to be in the beginning. Everything that you've done falls away and start wondering why you went through all that rock business stuff."

Last year he suffered a stroke, which left him with slurred speech and reduced movement in his arms and fingers and soon afterwards he quit smoking to deter further strokes and recovered well enough to record his 24th album in September, 'Road Songs for Lovers.' On tour again, he was at his 35th concert of his 37-venue tour when he collapsed in Oxford. 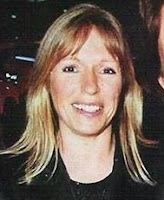 The genesis of his classic 'Driving Home for Christmas' is laced with romance. It was 1978, he was 27 years old and working at Abbey Road Studios in London and trying to emulate success of 'Fool If You Think It's Over.' His wife Joan drove down from where they lived in Middlesborough in her Austin Mini to pick him up for the Christmas break. It was cheaper to do this than travel by train, since he couldn't afford the ticket. As he said :

"My career at that point was really on the floor. I'd ceased to become the popstar the record companies wanted me to be and I was about to be dropped. So it was pretty ropey when we left Abbey Road that night. We had been discussing opening an Italian restaurant and leaving the music business and we started to drive home. It was snowing when we left Abbey Road and we were young. we were in love. I just felt happy. I felt, stuff what's happening with me career, it's Christmas. There was a little tune in me head that just felt Christmassy" https://www.youtube.com/watch?v=LrdW5iP9xZo&t=0m57s

He recalled that he was stuck in heavy traffic with snow falling and started looking at the other drivers who "all looked so miserable. Jokingly I started singing : "We're driving home for Christmas." Whenever the street lights shone inside the car he "just scribbled the lyrics down, back of a fag packet, that kind of thing. I always do that."

"Top to toe in tailbacks
Oh, I got red lights on the run
But soon there'll be a freeway, yeah
Get my feet on holy ground."

"I take look at the driver next to me
He's just the same
Just the same."

"Driving home for Christmas
With a thousand memories."

The background to his feelings about Christmas were all tied up with his memories as a kid :
"I was very happy person in Middlesborough. We were Irish-Italians. Total family, there was nine of us. Christmas was huge. Christmas was more special then. I always loved coming down about four o'clock in the morning and it would be icy wastes or snow outside and the fire was still on. Magic."
https://www.youtube.com/watch?v=LrdW5iP9xZo&t=3m07s

He recalled : "We eventually got home about half past five in the morning. What I always remember was when we opened the door of the house, that we were just about to loose the mortgage on, the snow fell in the hall and didn't melt. It was that cold and there was one letter on the floor and I opened it and it was a PRS statement for 'Fool If You think It's Over' in America and I passed this to Joan and she was having to check the noughts and it was just a Christmas story. I just said to her : "well we're gonna have the big tree then."
https://www.youtube.com/watch?v=LrdW5iP9xZo&t=2m12s

Another ten years were to pass before, in 1988, Chris recorded and released the song for which he will always be remembered at this time of the year. This was six years before he was beset by a sea of troubles relating to his poor health, which at first made him reappraise the song because he associated it with his illness-free youth : https://www.youtube.com/watch?v=uey6VktC5ms

As he said, five years ago :
"I went through a period of being cynical with all my illnesses I couldn't go there. It used to make me depressed. I used to think of a time when I wasn't ill."

He has made peace with his song :

"I quite like it now. It's one of those silly moments and I think we all get silly at Christmas." 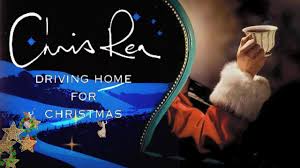