Britain is neither a country, nor the Conservatives a political party for a fearless, old Member of Parliament called Ken Clarke

During the Campaign in the Summer of 2016, when British voters, by a majority of 52% to 48%, had declared in a National Referendum that they wished to leave the European Union, the 76 year old, veteran Member of Parliament, Ken Clarke, like the majority of  his colleagues, had argued for the 'Remain' option. This week Ken found himself the only Conservative voice in the House of Commons, speaking against the introduction of Article 50, which will trigger Britain's withdrawal from the European Union.

Polly Toynbee writing in the Guardian said that : 'He was magnificent' and 'spoke for saving Britain and he spoke for the three-quarters of MPs who never supported this madness. But on his own benches he is the lone refuser, the only one who will vote today against what most of Clarke’s colleagues and almost all on the Labour benches know to be an approaching Brexit calamity. Like a prophet crying in the wilderness – dismissed as “purple and quavery”, and his words as a “pitiful harrumph” in the Daily Mail – his speech will resonate down the Brexit years.'

"Apparently, I am now being told that despite voting as I did in the referendum, I am somehow an enemy of the people for ignoring my instructions and for sticking to the opinions that I expressed rather strongly, at least in my meetings, when I urged people to vote the other way. I have no intention of changing my opinion on the ground. Indeed, I am personally convinced that the hard-core Eurosceptics in my party, with whom I have enjoyed debating this issue for decades, would not have felt bound in the slightest by the outcome of the referendum to abandon their arguments."
https://www.youtube.com/watch?v=60uHy-cUmHw&t=9m31s

Ken, described by the press as a 'Big Beast' of the Tory Party, is 76 years old and has a long pedigree as a politician. He has a gravitas he accrued by serving in the greatest offices of state : Chancellor of the Exchequer, Home Secretary, Lord Chancellor and Justice Secretary, Education Secretary and Health Secretary. This was done serving in the Cabinets of Prime Ministers, Thatcher, Major and Cameron, over a period of 20 years. In addition, he unsuccessfully contested the Conservative Party leadership on three occasions at the age of 57, 61 and 65. 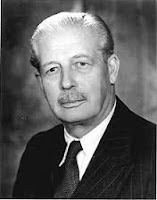 Ken began by saying that : "It so happens that my political career entirely coincides with British involvement with the European Union. I started over 50 years ago, supporting Harold Macmillan’s application to join. I helped to get the majority cross-party vote for the European Communities Act 1972, before we joined in 1973, and it looks like my last Parliament is going to be the Parliament in which we leave, but I do not look back with any regret. We made very wise decisions."
https://www.youtube.com/watch?v=60uHy-cUmHw&t=1m15s

He then itemised the benefits membership of the European Union had brought to Britain, that it "restored to us our national self-confidence and gave us a political role in the world" as a leading member of the EU, when the country discovered after the Suez Crisis in 1956 with its failed old style imperial invasion of Egypt and overthrow of Colonel Nasser, that it had no role in the world.
https://www.youtube.com/watch?v=60uHy-cUmHw&t=2m17s

Ken was also clear that membership had "made us more valuable to our allies such as the United States and made our rivals, such as the Russians, take us more seriously because of our leadership role in the European Union." The implication was that our leaving the EU would diminish our status in both in the eyes of President Trump and Putin.

The second great advantage was based on the fact that : "Our economy benefited enormously and continued to benefit even more, as the market developed, from our close and successful involvement in developing trading relationships with the inhabitants of the continent." 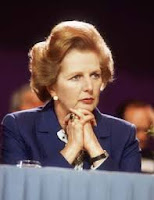 He reflected that the : "Thatcher Government led the way in the creation of the single market. The customs union, the so-called Common Market" which he thought Britain had benefited from more "than any other member state" and "contributed to our comparative economic success today."

He also thought that Britain had played a major role in Europe in bringing new states from Eastern and Central Europe into the European union after the fall of the Soviet Union "which meant liberal democracy and free market trade" and "made Europe a much more stable place."

Given this major part Britain had played in the European Union, he believed : "that it is a very bad move, particularly for our children and grandchildren, that we are all sitting here now saying that we are embarking on a new unknown future"and putting ourselves in a position "simply baffling to every friend of the British and of the United Kingdom throughout the world." 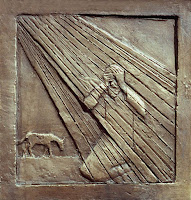 Referring to the fact that the majority of Conservative MP's had argued for remaining inside the European Union during the Referendum Campaign, he declared that : "By not voting in favour of this Bill that I am merely propounding the official policy of the Conservative party for 50 years until 23 June 2016. I admire my colleagues who can suddenly become enthusiastic Brexiteers, having seen a light on the road to Damascus on the day that the vote was cast, but I am afraid that that light has been denied me."
https://www.youtube.com/watch?v=60uHy-cUmHw&t=11m15s

He thought that it was "unarguable that if we put between us and the biggest free market in the world new tariffs, new regulatory barriers, new customs procedures, certificates of origin and so on, we are bound to be weakening the economic position from what it would otherwise have been, other things being equal, in future." 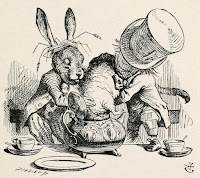 "I am told that that view is pessimistic, and that we are combining withdrawal from the single market and the customs union with a great new globalised future that offers tremendous opportunities for us. Apparently, when we follow the rabbit down the hole, we will emerge in a wonderland where, suddenly, countries throughout the world are queueing up to give us trading advantages and access to their markets that we were never able to achieve as part of the European Union. Nice men like President Trump and President Erdogan are impatient to abandon their normal protectionism and give us access. Let me not be too cynical; I hope that that is right. I do want the best outcome for the United Kingdom from this process. No doubt somewhere a hatter is holding a tea party with a dormouse in the teapot." https://www.youtube.com/watch?v=60uHy-cUmHw&t=14m04s

He finished by saying his views on this issue had not changed over the decades and made reference to Edmund Burke, the great 18th century MP and political scientist when he said : "Most Members, I trust, are familiar with Burke’s address to the electors of Bristol. I have always firmly believed that every MP should vote on an issue of this importance according to their view of the best national interest. I never quote Burke, but I shall paraphrase him. He said to his constituents, “If I no longer give you the benefit of my judgement and simply follow your orders, I am not serving you; I am betraying you.” I personally shall be voting with my conscience content. And when we see what unfolds hereafter, as we leave the European Union, I hope that the consciences of other Members of Parliament will remain equally, content.
https://www.youtube.com/watch?v=60uHy-cUmHw&t=15m49s

Ken's speech had the hallmarks of one Winston Churchill might have made, arguing for Britain's rearmament in the 1930's, against the rising menace of Nazi Germany, when all of his colleagues in the House of Commons argued for appeasement. Labels: No Parliament for Ken Clarke