Britain, a country where the "air is very foul", is no longer one for an old novelist called Ian McEwan 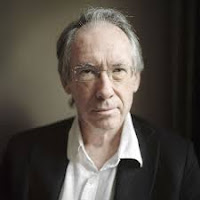 I last saw Ian McEwan when he was 19 going on 20 and I was 20 going on 21. We were both studying for a Arts degree in the School of English and American Studies at the University of Sussex in the 1960s and having a lunchtime drink in the University bar. Apart from the fact we were both bespectacled and sixties Britain was certainly a time and place for young men. we had nothing in common, him having been educated in a boarding grammar school and the son of an Army major and me in a big, South London comprehensive school, the son a a saw doctor who worked in a timber mill on Deptford Creek. We have more in common now, with him pushing 69 and me 70 : we both agree that Brexit Britain is no country for old men.

Ian, the author of the Man Booker Prize-winning 'Amsterdam' and best known for 'Atonement',  has been an outspoken critic of Britain leaving the European Union and has called the Brexit vote “a plebiscite of dubious purpose and unacknowledged status.”

While in Barcelona last week, promoting his latest project, 'Nutshell', he once again made his thoughts on Brexit clear, calling it “a real disaster” and comparing the state of affairs to Nazi Germany. Today, in the Guardian he clarified his position saying that : “I do not think for a moment that those who voted to leave the EU, or their representatives, resemble Nazis. Nor does our government even faintly resemble the Third Reich."

So what exactly did Ian say ? Well, according to the Spanish newspaper El Pais : “Sixteen million Britons wanted to stay in the EU and 17 million wanted to leave, but there exists a small and very energetic political group made up of opaque and impatient people who are driving the process and who speak as though half the country were the entire country” and : "It’s also serious because Great Britain works on the basis of a parliamentary democracy and not through plebiscites, which remind me of the Third Reich.”

According to the newspaper, he added that the politicians claiming to speak on behalf of the people tended to “react violently” to those who did not share their views and “Their militant wing, the tabloid press, has started to look into the lives of the judges who rule that Brexit could result in the loss of human rights to see whether they’re homosexual or something. It’s reminiscent of Robespierre and the Terror of the French Revolution. The air in my country is very foul.”

He was referring to the fact that last November, the High Court upset the Government’s Brexit plans by ruling that Members of Parliament should have a vote on the formal process for beginning Brexit with three senior judges concluding that it couldn't press ahead with triggering article 50 of the Lisbon treaty without first consulting MPs and peers in the Commons and Lords. This resulted in parts of the British press attacking the decision, with the Daily Mail branding the judges 'Enemies of the People' in a front-page headline and the Daily Telegraph headlining its report : 'The Judges versus the People.' 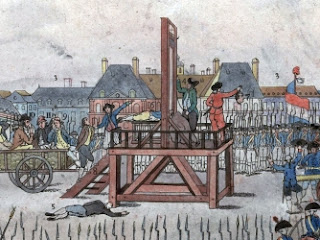 Back in July 2016, writing in the Guardian, Ian voiced his disbelief at the vote to leave the European Union when he said : “From our agriculture to our science and our universities, from our law to our international relations to our commerce and trade and politics, and who and what we are in the world – all is up for a curious, unequal renegotiation with our European neighbours. And what was the nation’s democratically tendered advice to our lawmakers? That we’re almost evenly split. One third wants to leave, fractionally less than a third wants to stay, and a third doesn’t know or doesn’t care. Seventeen million against 16 million. Each full of contempt for the other. And on this basis and unlike any other country in the world, we are about to redraft our constitution and much else besides.”
Posted by ...............................JohnBoy at 09:11