Back in 2004, when he was 56, Ron purchased his house at Dews Farm on Dews Lane in Harefield, near West Ruislip, an area in West London which is part of the London Borough of Hillingdon. He bought it from the Council when it was semi-derelict and spent 10 years, painstakingly restoring it to its former glory.

The core of the house was built between 1575 and 1600 and towards the end of her life, in 1602, Queen Elizabeth I visited it for a few weeks and in 1896 the house was the birthplace of Cecil John Kinross in 1896 who was awarded a Victoria Cross when he was just 19 for his extreme bravery during the First World War. Unfortunately the planned route of High Speed 2, which will link London, Birmingham, the East Midlands, Leeds and Manchester will cut through the living room and under the terms of compulsory purchase, Ron and his family have to be out by July.

Seventy year old Ron asked the question about the construction of HS2 : "Don't you think the services are more important than getting to Birmingham 10 minutes quicker ?" and was followed by his tearful daughter Crystal who made her own plea to stop the destruction of her father's property.


“I love my country but I fear my Government.” 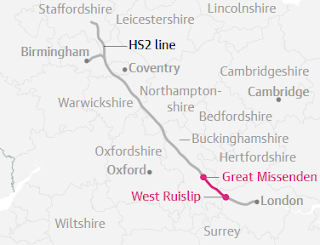