John, who has died at the age of 88, donated 2,500 of his political cartoons and caricatures to the British Cartoon Archive at the University of Kent and a treasury of over a thousand can be accessed online, consisting mostly, but not exclusively, of those he produced for the 'Sunday Telegraph' in the 1960s and 70s.
https://archive.cartoons.ac.uk/Overview.aspx

Despite the fact that he was well regarded by his peers, was one of the founders of the British Cartoonists' Association in 1966 and served as its Chairman from 1995 to 2000 and won the first ever 'Lifetime Achievement Award' at the First Nottingham Cartoon Festival in 2002; apart from a handful of tweets, his passing has gone unremarked. This might be partly due to the fact that he didn't get a steady commission after the 'Sunday Telegraph folded almost 30 years ago and perhaps it will take a little time before he graces the obituary columns of the Times, Telegraph and Guardian.

Born in Sydney, Australia in 1930 and clearly, with precocious talent, he soon found work drawing for magazines and newspapers as a teenager in the late 1940s, before he left for Britain when he was 19, in 1950, apparently, working his passage on the SS Fred Christiansen as a mess boy. After his arrival in Britain he got a job as an actors' dresser at London's Piccadilly Theatre before following in his Father's footsteps and entering journalism working for the next two years, as 'pocket cartoonist' on the 'Birmingham Gazette. This was followed by three years drawing a 'laughlines cartoon' on the 'Glasgow Bulletin' and daily pocket cartoons under the name 'Gibby,' (his Father's nickname), for the 'Glasgow Evening Times.'

His work had already appeared in Punch in 1953 and this was now supplemented with work on the now defunct and forgotten 'Sketch', 'Lilliput Magazine', 'Sunday Dispatch,' 'London Evening News' and 'Sunday Correpspondent.' He also worked on the still extant 'Daily Express' and 'New Statesman.' It was in 1962 that he began his long association with Michael Green as the illustrator of his the 'Art of Coarse...' books, starting with the 'The Art of Coarse Rugby.'

He was 31 when he became the political cartoonist at London’s 'Sunday Telegraph' at its inception in 1961 and continued for the next 18 years until 1979. His preferred working method was to watch his caricature subjects on film and observe them in photographs and then draw on paper, twice publication size, using a dip pen, brush and Kandahar ink.

Using a watercolour and ink brush over graphite under drawing, in 1968, he caricatured a sombre US President Johnson, sitting in an undersized rocking chair. His morose, demoralised leader had a sunken mouth, deeply wrinkled face and tangle of elongated, misshapen arms and legs. His lapel button, which read 'Ah'm Makin' Way Fer Bobby K,' was a reminder that his main rival, Robert Kennedy, brother of the late President John F. Kennedy, had announced his candidacy for the presidency. Faced with this challenge and worsening news from the Vietnam War, Johnson had informed the country that he would not run for re-election.

On a different note, he also drew caricatures of theatrical personalities for 'The Tatler' for 4 years from 1973 and social cartoons for 'The Spectator' and a weekly strip for James Goldsmith's new weekly magazine, 'Now!' for the 19 months it lasted from 1979. It was for 'Now' that he created his Margaret Thatcher's : 'THE EEC IS SOMETHING OF A GENTLEMAN'S CLUB, DEAR. PERHAPS THEY'RE JUST NOT USED TO A WOMAN'S WINNING WAYS.'

In 1976, he revisited Australia  where, bespectacled (second left), he joined his cousin, Mike Gibson (second right), a radio personality and journalist, at the offices of the 'Sydney Sun' where they met its Acting Editor, Derryn Hinch (right). It was for his continuous work on 'Punch' that John will be best known. In 1987 he provided the cover for 'The Punch Book of Sex and Marriage' and in 2008 he recalled : 'Punch died in 1992. Towards the end of its life the atmosphere in the art department was bright, lively and smiling. I thought such camaraderie was inspiring amid all the rumours of imminent collapse. Until, that is, I realised the entire art-department was working with opened tins of Cow gum on the desks and tables. Cow gum was an essential item for pasting down the pages in those pre-software days when these things were done by hand. Cow gum was necessary but Cow gum was glue. Tins of it were always open in the art room. Whether the art room knew it or not they were glue-sniffing all day long. Happy daze.'

He was born 'John Gibson', the son of Anne and the cartoonist Jack Shirley Gibson, in Sydney, Australia in 1930. Jack, who was clearly a major influence on his early life, was a magazine writer and cartoonist who drew stylish society cartoons in the then, sophisticated modernist-abstract Art Deco style, and, in addition, studied Surrealism. He was renowned for his Hell cartoons in the 'Man' Magazine and when John was nine in 1939, Jack, made the front cover.

He later reflected that "Dad was a difficult person to cope with : a child at heart" and "made model's for Sidney's Luna Park. His favourite creations were the horrors of the Ghost Train. The clay models were baked in Mum's ordinary kitchen oven, usually at a time when dinner should have been under way."

In his childhood, during the years when Australia fought in the Second World War, John was a fan of the comic books of Emile Mercer and in 2008 recalled : 'The Case of the Haunted Piecrust', 'Wocko the Beaut', 'Supa-Dupa Man', 'Speed Umplestoop' and 'Tripalong Hoppity' – all of these and many more funnies fell out of the wonderfully zany mind of cartoonist Emile Mercier.' He also devoured American comics which he recalled a as 'being  dumped in Australia, usually as ships’ ballast, during the War.'

At the age of 11 he started to attend Sydney Boys' High School and at the age of 15, at the end of the War in 1945 and for two years, he went on the study art at the 'Julian Ashton School' under Henry Gibbons at who had taken over the School when Ashton, the 'Grand Old Man of Australian Art,' died in 1942. By this time he had changed his name to 'Jensen', partly as an adoption of his stepfather's name, but also in order to distance himself from his father's reputation as a cartoonist.

He was 16 and still a student when, as he recalled, he : 'met Mercier just after the War, and I asked him for his definition of a good cartoon. “A good cartoon, Sonny, is one that is accepted, published and paid for." You might argue with this definition but for me it was heart-lightening. A few months after our meeting I took my first comic strip, 'Mary Mixup, Female Spy Terrific' (by Jon J) to Frank Johnson Publications where, to my amazement it was accepted and published. My mother, who hated comics, wouldn’t have them in the house. When I took home my copy of Gem Comics No.27 with 'Mary Mixup' within, Mum took it, tore it and threw it away.'

He was very critical of his early self : 'The strips improved a bit over the twelve months I worked on them and there were strips for other comics publishers too, but “Mary Mixup” was an abomination' and was probably better pleased with his Pharaoh.

He recalled his first tussle with publisher, Frank Johnson, when he was sixteen, who 'wanted to withhold payment because the drawings were so bad. I remembered what Mercier had told me, and squeaked : “If the drawings are good enough to publish, they are good enough to be paid for.” A voice from a neighbouring office said, “Y’can’t argue with that, Frank. Johnson paid up – eventually. I think he was so traumatised by my demand that he continued to use my work, and pay for it … eventually.'

In addition to illustrating over 70 books in his career in Britain, he also wrote as an historian of cartoons,  published a book on H.M. Bateman in 1975 and directed an exhibition and created a catalogue on Will Dyson. In fact, John was always appreciative in his appraisal of the work of his fellow cartoonists and said, of his teenage Australian hero, Emil Mercier, that he 'was a people watcher, but the people he watched, ordinary everyday Australians, were transformed into creatures of his eccentric universe.  Dogs, cats and boozy types abounded. Mercier’s cast list was very Australian.'

He said of, the now, 94 year old, Wally Fawkes : 'Wally knows his worth, he just doesn’t shout about it. His qualities speak for him. Unlike his jazz,Wally’s drawing is not spontaneous nor is it laboured. Instead, his caricatures result from observation and analysis of his subjects: forensic dissections.'

Of the great cartoonist, Leslie Illingworth, he said that if he 'had a fault, and he had, it was that power and emotion were in thrall to his precise draughtsmanship. That said, it is the pen work, the superb scraper-board cartoons and his colour illustrations that remain to be admired in the pages of Punch and, when possible, collected' and 'Illingworth was the kindest of men. Too generous sometimes. His Welsh accent was beguiling and his huge bushy eyebrows were the only alarming thing about him.'

In our increasingly nationalistic world he made a plea in 2010 that : 'International cartoon exhibitions should be encouraged and they will continue throughout the years. The symbolic stone walls, barbed wire and the dying doves will still be there, awaiting to be transmuted into the pure gold of a beautifully drawn idea' remains relevant.'

John said, in what would be a suitable epitaph : 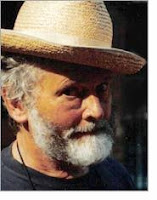