Britain is a country and no country for old men like Patrick Stewart, once the sons of violent fathers

Patrick Stewart, who is 78, an actor whose work has included roles on stage, television and film in a career spanning almost six decades, was born in the summer of 1940 and the second year of the Second World War. Raised in Mirfield in the West Riding of Yorkshire, he was the third son of Gladys, a weaver and textile worker and Alfred, who had worked as a general labourer and as a postman before he joined the King's Own Yorkshire Light Infantry and when War broke out in 1939, became a Regimental Sergeant Major of the 2nd Battalion, Parachute Regiment.

For the first five years of his life, while his father was away from home on active service in the War Patrick fondly remembers his childhood with a mother who indulged him. It was not to last and in 1945, he witnessed, his father, who had returned from the War to wage his own war, throwing things at and beating Patrick's mother.

On weekend nights, he would lie in bed, alert, awaiting his father’s return from the pub, ready for his rage, braced to throw himself between his parents to protect his mother. He kept it all to himself and later said : “For decades, I was silent. I was ashamed and embarrassed – and that embarrassment went all the way back to being seven or eight. At the time, our tightly knit community knew what my father did to my mother – they could hear it – but it was absolutely not talked about. Even with my brothers, we didn’t discuss it. I think we tried to pretend it wasn’t there.”

In 2009 he told a meeting of Amnesty International UK : "I was not a violent child, but if my mother had, at any point,between the ages of 5 and 12, picked up a knife  or any other weapon against my father, I would have held her hand as she did it. I would have locked the door while she carried it out. That's how bad it was to be growing up inside a violent household."
https://www.youtube.com/watch?v=Xi_27bpIb30&t=2m15s

The domestic violence which punctuated his childhood had a lasting effect on him and over the years, certain acting roles brought it to the surface. He said : "My father was a very potent individual, a very powerful man, who got what he wanted. It was said that when he strode onto the parade ground, birds stopped singing. It was many, many years before I realised how my father inserted himself into my work."

He remembers, for example, looking in the mirror before going on stage to play Macbeth :  “I had the uniform, the cap, the AK47, and I’d grown a moustache, although I didn’t know why. Then I saw my father’s face staring straight back at me. I remember feeling that night that I couldn’t give the performance.” Apparently, his father didn't have a moustache.

From the 1980s onward, Patrick began working in American television and film, with prominent leading roles such as Captain Jean-Luc Picard in 'Star Trek : The Next Generation'. It was during these years that he lived in California, which is where he discovered therapy. When he recalled : “I began unravelling this and finally acknowledging it had been part of my life. We would do regression therapy.” His eyes filled with tears and his voice faltered : “It would be my mother and father sitting in the room of my childhood home. And I would be given permission to say whatever I wanted to say.”

In a 2006 interview, Patrick made a slight reference to his father’s violence, which was spotted by the CEO of 'Refuge', Sandra Horley, who invited him to speak at a fundraising event at Chequers. He recalled that : “I’d never spoken about it in public and I remember it vividly.” He began with a reading, then said : "Now I’m going to tell you why I’m really here." He is now a patron of the charity and has said : “It’s made me a more contented person – and if there’s a value to others, I’m extremely grateful.”

"Domestic violence is largely a man's problem. You do occasionally hear of violence which is women on men, but it is so rare. It's not a woman's problem, being beaten up in your own home. It's a man's problem. I grew up with it and I heard a policeman say to my bleeding mother one night : "Well Mrs Stuart. You must have provoked him." No, she never provoked him. He was just an angry, unhappy, frustrated and, at the time, drunken individual and what I didn't know until a very few years ago, when I learned it thanks to a television programme on. My father, in 1940, came back from the original invasion of France with a severe case of what was then called 'shell-shock', which we now know as PTSD - post traumatic stress disorder and he would have been never treated - ever treated for it. He would have been told, if anything : "Pull yourself together and be a man." That was the treatment for PTSD in those days. "Come on you're a soldier. Act like a soldier." Not realising what a damaging and disastrous psychological transformation that can be and my father was never treated, ever in his life for it. He died with it, PTSD. He never talked about it. I didn't know he'd been shell-shocked. I don't think even his wife knew that he'd been shell-shocked, but I've been told his behaviour were classical symptoms of PTSD which went untreated. So now I work for an organisation called 'Combat Stress', which helps veterans and there are so many of them." 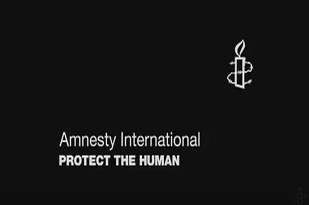