Britain, soon, no longer a country for the Prince of Children's Book Creators : Raymond Briggs

Raymond Briggs is 85 years old and is one of Britain's most beloved of children’s authors, who was the creator of 'Father Christmas' in 1973, 'Fungus the Bogeyman' in 1977 and 'The Snowman' in 1978, which has sold in excess of 5.5 million copies globally and has been translated into 15 languages.

Now, forty years later he will have his last book published in November and will then call it a day. His collection of short pieces, entitled 'Time for Lights Out', which he has been working on for more than a decade, will be illustrated with his own pencil drawings which start with his school days and his time as an evacuee during the Second World War in the 1940s. It will include his parents, Ethel and Ernest and his wife, who died young, but most of the collection centres on his home in Sussex which features in his poem : 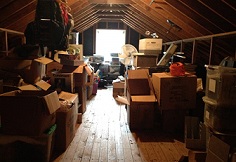 Looking round this house,

What will they say,
The future ghosts
“There must have been
Some barmy old bloke here,
Long-haired, artsy- fartsy type,
Did pictures for kiddy books
Or some such tripe.
You should have seen the stuff
He stuck up in that attic !
Snowman this and snowman that,
Tons and tons of tat.”

Raymond enjoys the company of grandchildren and of walking the dog, but generally sits uneasily in the Britain of 2019. He hardly touches his "iPad thing because it gets me in a temper. I need it to keep in touch through incoming mail, but that's all I use it for." He finds tv programmes go on for too long : "I looked up Foyle's War in the Radio Times and it was on for two hours, I mean two solid hours. I couldn't sit through that, however much I like Michael Kitchen". Of British politics, he finds Nigel Farage "is the only person I like because he's slightly amusing. The others, these dark-haired blokes of about 40, I can hardly tell the difference between them"  He doesn't mind meeting his readers, "if it's brief", but confesses if they start singing the Snowman song, "I'm Walking in the Air" he is tempted : "to give them a kick up the arse." And on top of everything : "When you get older everything takes so bloody long, getting the food, clearing up, washing up, getting the bedroom ready, having a bath".

Twelve years ago, when he was 73, he told 'The Telegraph' that 'Time for Lights Out' would “definitely be my last” book and was “bound to have a sad ending”. When he was 81 he showed 'The Independent' one entry from the book – a list of illustrators’ names, with the dates of their deaths beside them, and another list noting the health of living illustrators and said he "didn’t like being taken by surprise by people telling me one of them’s died.”

Dan Franklin, who has acquired the book for Jonathan Cape, said that “in some ways, all of Raymond’s books have been about death. Here he confronts it head-on in a book that is honest and truthful and very touching. 'Ethel & Ernest', about his parents, was the very first book on the Cape graphic novel list. It’s wonderful to be publishing him again.”

Labels: After 'Time for Lights Out', no more Raymond Briggs