Why is BAME Britain, besieged by Coronavirus, in particular, no country for old men ?

Sadiq Khan, the Mayor of London asked this question in the Guardian last weekend :


More BAME people are dying from coronavirus. We have to know why

He made the point that the idea that coronavirus is a 'great leveller' is a myth and evidence is emerging that, despite making up only 14% of the population, 35% of critically ill coronavirus patients in hospitals come from Black, Asian and Minority Ethnic communities.

What he didn't say was that most of those admitted were aged 70+ and of them, more were old men rather than old women. In March, the Office for National Statistics found that, when adjusted for age, the mortality rate of the virus in men in England and Wales was roughly double that of women. Per 100,000 members of the overall population, men had 97.5 deaths due to COVID-19, while women had 46.5.

Smoking
It has been suggested that the factors behind this might be lifestyle related. In Britain, according to the ONS, more men (16.5%) than women (13%) still smoke and are already more likely to die from lung or heart disease, which would likely make recovery from coronavirus more difficult.

Drinking
Drinking habits might matter too and Alcohol Change UK has said that alcohol is a causal factor in more than 60 medical conditions, including : mouth, throat, stomach, liver and breast cancers; high blood pressure, cirrhosis of the liver and depression. Public Health England figures state that, of those seeking treatment for alcohol use, 60% are men.

Eating
Obesity has also been linked to how hard coronavirus can hit and the Health Survey for England 2017 reported that men are more likely than women to be overweight or obese : 67.2% of men compared to 61.5% of women.

However, Dr Michelle Dickinson a Nanotechnologist has suggested that how our bodies react to the coronavirus seems to revolve more around immunological, hormonal and genetic factors.She said : “This is not the first time we have seen this gender difference. SARS, influenza, Ebola and HIV have all affected men differently to women. Research shows that women’s bodies are better at fighting off infection, thanks to hormones and the many immune function genes that sit on their two X chromosomes, men only have 1 X chromosome.”

Since we already know that older men and women constitute the largest group of coronavirus victims, regardless of ethnicity, it is safe to assume that the most vulnerable group in the country consists of old men from a BAME background. If that is the case, why are more old men from BAME backgrounds than those from white ethnic backgrounds being cut down by the virus ? If BAME men, like all men, have a predisposition to be less able to fight off the virus compared to BAME women, than we have to ask the question : what is special about BAME men ?  Perhaps Sadiq Khan had the answer when he said that :

* 'One of the biggest underlying factors driving the disproportionate number of deaths in BAME communities is socioeconomic. It’s an uncomfortable truth that people from ethnic minority backgrounds are overrepresented in poor, overcrowded accommodation, or households with multiple generations under one roof.'

* 'Thirty percent of the UK Bangladeshi population are considered to live in overcrowded housing, compared with 2% among the white British population. Fifteen per cent of black African people live in crowded conditions, as do 16% of Pakistanis.'

Wasim Hanif, Professor of Diabetes and Endocrinology at University Hospital Birmingham has also said : “There have been health inequalities that have existed in the BAME population but what is being reflected in this pandemic is that those inequalities are actually coming out. Deaths happen in relation to complications related to diabetes all the time, as with cardiovascular diseases and cancers, but they have never hit the headlines and that’s the effect we’re seeing now.” 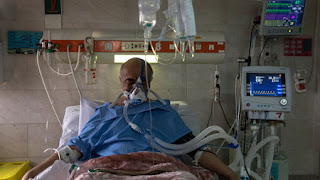