Britain and the USA defeated in Afghanistan, diminished in eyes of the world and no countries for an old Generals Dannatt and Keane

Richard Dannatt, who is 70 years old, is no ordinary retired General, but was Head of the British Army as 'Chief of the General Staff' from 2006 to 2009 and served in Northern Ireland in the Troubles and in Bosnia and Kosovo.

Britain has left behind thousands to their fate in Afghanistan after its ignominious scramble to leave while surrendering to the victorious Taliban and Richard Dannatt is not a happy man. In particular, he is scathingly critical of the fact that many thousands who have helped Britain during its 20 year stay in Afganistan have been abandoned to their fate. 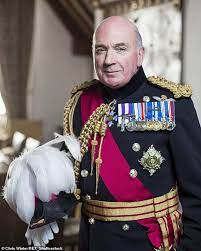 He said :  “On the particular issue of those who we knew were in danger, people who had worked for us, interpreters, former locally engaged civilians, this issue has been in the media. This issue has been on politicians’ desks for two to three years and, certainly, it’s been there during the course of this year. Back in July, 45 senior officers wrote to the Government saying there are people we are concerned about and if we don’t do the right thing, their blood will be on our hands. It is unfathomable why it would appear that the Government was asleep on watch”.

Afghans employed by the British army or who worked with British-based organisations believe they and their families could be tortured and murdered for working with western powers despite assurances from Taliban leaders. Some from the aid sector believe that up to 9,000 could have been left behind and left to fend for themselves.

"I think the issue of Afghanistan sat on the backburner. Maybe it started to come forward. But then, suddenly, when the Taliban took over the country in the precipitate fashion in which they did, it fell off the cooker straight onto the kitchen floor and we've had this chaotic extraction".

Jack Keane, who is 88 years, is no ordinary Four-star General, but was a former Vice Chief of Staff of the United States Army and served Somalia, Haiti, Bosnia and Kosovo. On the BBC Radio Today Programme this morning, he was asked by Sarah Smith : "The US has left Afghanistan in defiance of what NATO and international allies wanted, leaving behind some US and UK citizens, many thousands of Afghans who worked with forces and whose lives may now be at risk. Can America now be seen as a reliable ally ?" 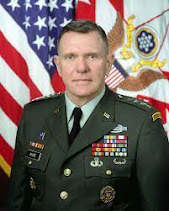 The General replied : "I don't blame anyone for questioning us as a result of this. I have great  difficulty identifying with what we have just done. I understand that nobody expected the regime in Afghanistan to collapse as quickly, but why wouldn't we have changed the date when were gonna get out and make sure we stay as long as it took to get our people out - your people, our people that needed to leave ? I can't identify with what we have just done to be quite frank about it. I'm ashamed of it. I think it's a fundamental betrayal and its a stain on America's national honour. To walk out of a country and consign hundreds of American citizens and even more - tens of thousands of our Afghan partners, their lives into the hands of a terrorist organisation - the Taliban - unforgivable and fundamentally shameful."
Posted by ...............................JohnBoy at 08:38