Peter, who served as Editor of the Guardian between 1975 and 1995 and later became an Observer columnist, died on Saturday, at the age of 79 after being diagnosed with a melanoma 10 years ago. He was born in Leicestershire in the Spring of 1938, the year before the outbreak of the Second World War the son of Kathlyn and John, the manager of a fruit and veg warehouse.

He recalled : "I was born at home in a house called Woolstone, just outside Barrow-upon-Soar. When I was 10, in 1948, we moved into Barrow upon Soar and various things happened." One of the things that 'happened', was that he passed the 11+ exam and gained a place at  Loughborough Grammar School for Boys. "I was there for two-and-a-half years before I got ill. I was out of it for a year and then came back and was very much behind. I hadn’t had any proper schooling and that was a bit of a struggle."

When he said he "got ill," when he was 12, he meant that he went through a traumatic and formative experience which shaped him both physically and mentally when in swift succession his Father died from polio and he himself, having also contracted the disease, faced death.

He recalled that his Father 'got home from his work at the fruit-and-veg warehouse, complaining about how seedy he felt. Rough throat, general aches. Mum thought it was flu. He went to bed early. I didn’t hear the ambulance arrive in the middle of the night.' The next morning  his mother came back from the Royal Infirmary in Leicester and told him and his younger brother and sister that their father was dead. 'We never had a chance to say goodbye. She was gaunt and stoic. And then, a couple of days on, it happened all over again. I went down with polio, too.'

He recalled : "I was whizzed into Markfield Sanatorium and then hung around between living and not living. For a week or two I was in an iron lung. And then I was sent away to Harlow Wood Hospital, north of Nottingham, in Mansfield. And I was there for two spells, nine months then five months."

More specifically : 'For a week, encased in a great, heaving, yellow box of an iron lung, I drifted between life and oblivion, somehow light-headed, constantly dreaming, unable to register the faces that looked down at me, barely understanding the voices that talked above and around. But one morning, the drifting stopped. Now I was awake, fully awake, alone in a small, white room, propped on pillows, hands tightly tucked under the sheets. A fly buzzed around my face. I needed to brush it away. Yet, strangely, the hands wouldn’t move. They were trapped, inert, limply useless beneath the sheets. In fact, I could only roll my head from side to side.'

When he came out of the iron lung he began his year long recovery in Harlow Wood Orthopaedic Hospital, near Mansfield,  at first 'locked in a cast of plaster of Paris, arms stuck upwards in the deluded medical fashion of the era. I had to be fed. Sometimes, when the nurses were rushed, they’d pour tea into my mouth and miss it, dregs running down my neck, mingling with the crumbs of breakfast.'

David McKie testified to the long-term effect of this on Peter in his excellent obituary in the Guardian : 'What you first noticed on meeting Peter was his polio-affected arms, the legacy of a disease contracted in childhood. After that, you forgot them. He would have hated to see his disability mentioned here, just as he hated people trying to help as he struggled to haul his coat on. No fuss was his rule, and no concessions. Yet the complexity of his nature; the reticence, the habits of secrecy; the unsparing way he drove himself; his hatred of whingeing complaint – none of these was wholly explicable except in terms of the illness that restricted his movement, and almost did for him, in childhood.'

In bed, on the edge of his teens and without a Dad, and a Mum who had two young kids at home and who saw him once a week at the weekend and had to catch three different buses to make the 25-mile journey to his bedside, but only between 2 and 4 on a sunday afternoon. Peter, however, recalled that it 'wasn’t all grim or crushing.' There was the weekly film to look forward to when the beds were pushed into the ward next door and the BBC Home Service where he could listen on headphones to 'Workers’ Playtime' and 'The Adventures of PC 49.'
Light Programme (Thursdays)
(Repeated on Home Service - proceeding Wednesdays at 19:00)
27/07/1950  The Case of the Black Diamonds

Without formal teaching, his informal education continued and without a doubt he acquired many of the skills that would serve him so well as a journalist :

* 'You learned to get on with the boys in the beds next door: Ernie the miner’s son, Kevin the ballroom dancer; both TB hips, both strapped into place.'

* 'There was no point in arguing because there was no chance of moving or winning. Co-exist, make friends, find a wavelength.'

* 'You also learned how kind people could be.' 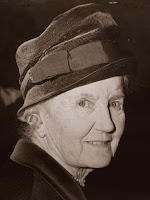 and 'Here was Tommy Lawton, England’s iconic centre forward, touring the ward, pausing and chatting. Here was the old Duchess of Portland, her face a haunting melange of white powder and scarlet lipstick. There were the young Elizabeth and Philip, driving by at the bottom of the road and pausing to connect with the gaggle of wheelchairs and stretchers brought out to greet them. You were not alone. The outside world did not forget you. But you were also, in the most urgent sense, on your own.'

'I wanted to read, I needed to read. I learned to turn pages with a bit of wire and plastic clamped between my teeth. And this state, slowly amelio- rating, slowly seeing some strength return, lasted for well over a year, punctuated by an operation to pin a useless shoulder so that it had a little traction to offer.' 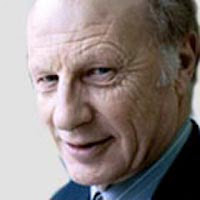 David McKie bore testimony to the long term physical and mental impact on young Peter in his obituary in the Guardian when he said : 'What you first noticed on meeting Peter was his polio-affected arms, the legacy of a disease contracted in childhood. After that, you forgot them. He would have hated to see his disability mentioned here, just as he hated people trying to help as he struggled to haul his coat on. No fuss was his rule, and no concessions. Yet the complexity of his nature; the reticence, the habits of secrecy; the unsparing way he drove himself; his hatred of whingeing complaint – none of these was wholly explicable except in terms of the illness that restricted his movement, and almost did for him, in childhood.'

Three years ago Peter, at the age of 76, Peter himself recorded : 'For many of us grappling with the cruelties of post-polio symptoms (crippling weaknesses that return decades after supposed recovery), the legacy of those years remains. We remember what it was like. We live with its consequences every day. Meanwhile the world keeps spinning and we are gradually becoming mere relics, leftover reminders of horrors past. “When did you have the stroke?” a young GP once asked me. “I didn’t. I had polio.” Probably 40 years before he was born.'

Back home and having missed 18 months education, he rejoined Loughborough Grammar School for Boys in the 4th year, having completely missed the 3rd. He recalled : "At school, I had to decide what I could do. You were looking all the time for something you could do because being ill had totally changed me. I had to re-find out who I was. Those first years after polio were very difficult because I was a long way behind. Coming up to 16, I was not doing at all well. My step-grandfather went to see the headmaster. “Perhaps he should leave school and become something like a jewel cutter?”

Having dismissed the advice of the Headmaster, Sidney Russell Pullinger, that he take up an apprenticeship he stayed on and in the sixth form "managed to get involved and began learning by rote" and "started to write stuff for the school magazine and then I got a holiday job on the Loughborough Monitor. Ralph Lowings, who went on to become 'Mr Leicester', I learned a lot from."

In fact, he began to write articles for the Monitor and gained a place to read English at St John's College Oxford, where he edited the student newspaper, Cherwell. After graduation in 1959, he got his first job at 'The Liverpool Daily Post' as an editorial trainee and three years later he moved down the road to Manchester, and 'The Guardian', where, at the age of 37, he became the Editor.

After Peter's death two days ago, his son Ben wrote : 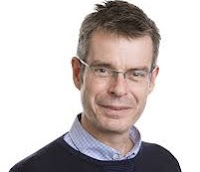 'Polio left dad with rickety limbs that somehow he made work like a Heath Robinson machine. It robbed him of youthful sporting dreams, so he lived them instead through his four children and eight grandchildren. Yet polio gave him astonishing self-reliance and helped him find his greatest talent: writing.'

Peter has now joined that select pantheon of old men who have also passed away and whose triumph over adversity is part testimony to the strength of the human spirit and part the grit which constitutes
their character as Brits.

* Bert Massie, the Disability Rights Campaigner, who contracted polio at 3 months and spent his first five years in Alder Hey Hospital, then the 'Children’s School of Rest and Recovery' at Sandfield Park and at 11 was packed off to Sandfield Park Special School, which was residential and when asked what was the worst time in his life ? He answered : "Endless operations as a child and boarding school."

* Jeffery Tate, the eminent conductor who, at the age of three, was examined for the benign condition of 'flat feet', but was found to suffer from, in addition to congenital spina bifida, the complication of kyphosis, a forward rounding of the back and breathing problems and compressed internal organs and recalled that : "I was odd from the word go. Slowly, as I grew up, my back began to stoop over and my left leg became shorter than the right one."

* Sargy Mann, a painter who progressively lost his sight and said : "Once I had started painting blind, there was no stopping me. It just became the new way of doing it. It was difficult, but art had always been difficult, and having a new set of difficulties was no bad thing."

Peter once said :
"I’d been a very sporty kid before I was ill with polio, but afterwards I couldn’t do anything. So I took up magic and conjuring and became a member of Leicester Magic Circle." "There’s a fantastic picture of me on the front page of the Leicester Mercury waving a magic wand." 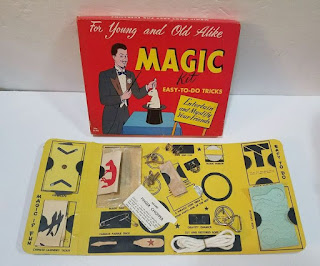