Noel Conway, who, at 68 years old, is scarce 'old', but wants to die, or rather, he wants the right to die at a time of his own choosing, but as the law stands in Britain at the moment, he cannot do this. If a doctor was to help him end his life, he would face 14 years in prison.

Noel has said : “The option of an assisted death should be available to me, here in this country, in my final six months of life – this is what I am fighting for. It would bring immense peace of mind and allow me to live my life to the fullest, enjoying my final months with my loved ones until I decide the time is right for me to go."

He wants this right because he was diagnosed with motor neurone disease in 2014. His condition is incurable and he is not expected to live beyond the next 6 months. He has said : “I am going to die, and I have come to terms with this fact. But what I do not accept is being denied the ability to decide the timing and manner of my death. I am not prepared to suffer right to the end, nor do I want to endure a long, drawn-out death in a haze of morphine." 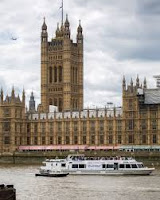 Noel is supported by 'Dignity in Dying' and other organisations, campaigning to change the 1961 Suicide Act. Last summer several hundred supporters staged a protest on a Thames river boat outside the Houses of Parliament after which he said at the time : “In the past months I have been struck by the number of people who, like me, want the right to choose how we die. Today has shown the huge strength of feeling of people who want the right to a dignified death.”

Last year Noel's lawyers asked the Supreme Court to declare that : The blanket ban on assisted dying under the Suicide Act is contrary to the Human Rights Act. They argued that as a terminally ill, mentally competent adult, his right to a private life, which includes the right to make decisions on the end of his life, was unnecessarily restricted by current laws.

Noel's aim was and still is :

To bring about a change in the law that would legalise assisted dying for those who are terminally ill and are assessed as having six months or less to live.

The last time 'a right to die' case was considered in detail by the courts was in 2014 when the Supreme Court asked Parliament to reconsider the issue and after debating the subject, Parliament rejected making any changes to the law. Last October, three judges sitting at the High Court rejected his case. 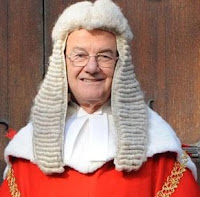 Now, however, at the Court of Appeal, Sir Ernest Ryder (left) and Lord Justice Underhill, granted Noel a full appeal against the earlier ruling. No date has been set for the full hearing, but his lawyers asked for it to be listed quickly as the latest advice of his doctors is that he has “not much more” than six months to live.

Noel said : “I am pleased that my case will now proceed to the Court of Appeal. I brought this case not only for myself, but on behalf of all terminally ill people who believe they should have the right to die on their own terms. Our voices deserve to be heard. I have accepted that my illness will rob me of my life, but how it ends should be up to me. Why should I have to endure unbearable suffering and the possibility of a traumatic, drawn out death when there is an alternative that has been proven to work elsewhere?” 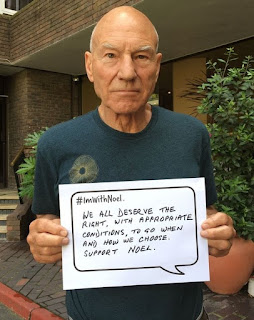 Labels: More a country for Noel Conway who wants the right to die