In 1999, in Argentina, at the age of 53, as Ex-Surgeon Commander Rick Jolly, leader of a team which saved the lives of hundreds of British and Argentinian land casualties in the Falklands War and on a visit to encourage reconciliation, said to the assembled Argentine veterans : "We are the people who understand how nasty and miserable war is."

Rick, who has sadly died at the age of 71, was born following the end of the Second World War in 1946 in Hong Kong where his father served as a gunner in the Colony's Voluntary Defence Corps and had been a prisoner of the Japanese during the War and his mother was an Auxiliary Yeomanry ambulance driver. He was schooled in the Far East and on coming to Britain, was educated at Stonyhurst College and subsequently studied Medicine at St Bartholomew's Hospital Medical College in London where he qualified as a doctor, at the age of 23, in 1969.

Rick's life would have probably followed a conventional course as a GP, if it had it not been for the fact that, when he was working as a houseman in his final year,  a senior colleague suggested he join the Royal Naval Reserve as a Royal Navy doctor. He followed the advice and joined the Reserve which he enjoyed "but found it a bit stiff and formal." As he recalled : "Then I tried the Royal Marines and right from the start I loved it. What I liked about them and the Paras, with whom I worked closely for many years, was that officers and men were required to do the same training. In fact, the officers were expected to do it a little bit faster and further."

He became Medical Oficer to 42 Commando RM, then deployed in North Belfast at the height of 'The Troubles.' Their neighbours there were the men of the 3rd Battalion, The Parachute Regiment, with whom he built a strong friendship. It was his first taste of action : "No textbook can prepare you for the aftermath of a bomb, nor how the sounds and smell can impact on you when you arrive to help. I was interested in the forensic effect of munitions so two or three times a week I'd go to the morgue and take pictures and use them to train my own battlefield first-aid teams in 42 Commando. It became known as 'Doc Jolly's Horror Show.' It sounds gruesome, but a battlefield first-aider can't be trained to deal with bullet wounds unless he knows what a bullet wound looks like." 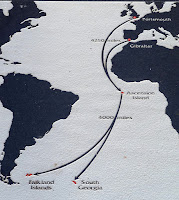 Like many servicemen and women, his life changed irrevocably with the outbreak of the Falklands War in 1982, which began in such a matter of fact way with : "We were plucked out of our pre-Easter leave and told to prepare to go to the Falklands. With the rank of acting surgeon commander, I went on an advance party on the SS Canberra." 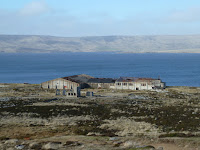 The Ajax Bay Field Hospital was set up a few days into the War. Initially, it was on a ship out to sea, but Doc Jolly wanted to be nearer to the wounded. Within 24 hours his team turned a disused slaughter house into a fully functioning, if incredibly, basic, hospital. ­Rick credited his success to his team which had to act fast, cleaning wounds, amputating limbs, treating dreadful burns, removing bullets and patching up the walking wounded before they were transferred to a hospital ship, the SS Uganda. 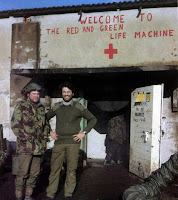 During the three-and-a-half week ­conflict, despite working in terrible conditions, with poor lighting and close to two unexploded bombs, only three of the 580 British soldiers and Royal Marines wounded in action during the land battles subsequently died of their wounds. For this reason it was affectionately known as the 'Red and Green Life Machine' because of the parachute medics wore a red beret and the Royal Marines medics wore green.

He recalled : “I said to the boys at the start that we are here for one thing only, to make sure anyone who comes to us with an injury leaves us alive. The rest is irrelevant. We certainly achieved that.” "We lifted morale among the fighting soldiers because we were their friends and they knew it. Word got around that if they arrived alive at the field hospital they would leave alive."

What made the achievement even more remarkable was the fact that the hospital was under constant threat from Argentinian ­bombers and fighter jets and his insistence that 200 Argentinian casualties were also treated.

Offered a weapon to carry day and night, he chose not to because he was there to save lives, not take lives. In addition, hospitals usually had red crosses painted on their roofs to identify them to enemy planes, but because his hospital was next to ammunition dumps, which were ­legitimate targets, he insisted it was “not cricket” for them to be ­protected, so the cross was left off. In fact : “My men showed incredible bravery when the aircraft came into attack. They’d lean over and cover the patient they were working on with their own body until the raid passed and then get back to work."

At the height of the Battle of Goose Green four bombs were dropped in the area, killing five people as the hospital was swamped with severely injured soldiers. Two of the bombs got stuck in the ­hospital roof, but failed to ­detonate but Rick and his team continued to operate despite fears that they could have gone off at any moment. “We realised the bombs in the roof were on timers and could go off at any moment. We worked out the maximum timer was 37 hours, so I said let’s withdraw, sandbag the bombs and get on with our jobs. Then the casualties from Goose Green started streaming in. We treated 47 casualties, some with terrible injuries, but they all survived. After most had been treated I said, "By the way, we’ve got two unexploded bombs in the back. They could be on 37-hour timers, but we’re on 46 hours now so we’re all right". Everybody roared with laughter.” 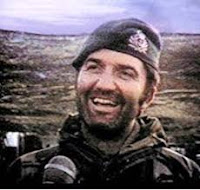 Interviewed at the time, Rick at 36, said : https://www.gettyimages.co.uk/detail/video/commander-rick-jolly-is-interviewed-he-talks-about-news-footage/112227696 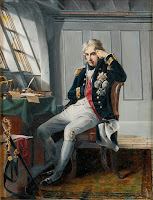 Rick later said : "Our attitude was simple : to treat the injured Argentinians in a way we would like to be treated. Before the battle of Trafalgar Nelson wrote a prayer in his cabin, saying : ‘May humanity after victory be the ­predominant feature in the British Fleet.’ As a naval officer those words meant a lot to me so looking after the enemy’s wounded as though they were your own was instinctive. People assume you’ve got to hate your enemy but that couldn’t be further from the truth. The only people who know what you’re going through are the people on the other side." He recalled : "We treated many Argentine Special Forces as well and we even persuaded Argentinian soldiers to give blood to help us save their injured."

In 2012 Rick recalled his favourite patient had been a terrified fighter pilot, rescued from the freezing waters of the South Atlantic who turned out to be the same pilot who let his unexploded bombs on the hospital roof : “His name was Ricardo Lucero. He was coming in to attack one of our ships when he got a missile right up his tail pipe. He ejected at the last minute, badly broke his knee and was fished out of the water. When he came to us I said to him,"Welcome, you’re a pilot, I’m an aviation doctor and we admire you. You’ve got this broken knee and we are going to try to mend it." I told him I would send a message to his wife in Cordoba to let her know he was OK and he thanked me. During his treatment I made a bet with him that he would never fly again but he proved me wrong. Yet it was very sad when I heard he’d died three years ago after a midair collision.”

Rick insisted that all his men follow his example and such was the esprit de corps withing his team that they were happy to do so, treating the wounded enemy with complete respect as the conflict raged across the Falklands in South Georgia, Goose Green and Port Stanley. After the Sir Galahad was hit, killing 48 soldiers and crewmen, the tiny field hospital was deluged with more than 120 injured men.

In 2012, with complete self-effacement he described his being winched from a helicopter and saving two men from the sea : https://www.youtube.com/watch?v=llxHm3k850s&t=0m10s 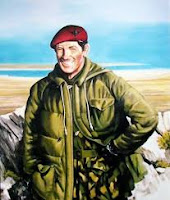 Rick also played a role with those who would not be going home. At Ajax Bay, the dozen dead Paras from Goose Green were lined up on stretchers side by side on a concrete strip. It was a grim, sad business as their clothes were cut away and their personal possessions bagged to be returned to their relatives and as Surgeon Commander he had to examine each body, pronounce on cause of death and complete a field death certificate. He crouched as he went from man to man and called out his conclusions to a clerk, who scribbled them down : gunshot wounds to the heart, multiple wounds to chest and abdomen, blast injury. On the face of the dead Colonel ‘H’ Jones, the 2 Para Commander whose heroic, but fatal dash, had played a large part in breaking the Argentinian resistance, he saw a quizzical smile. His eyes were open, but he looked peaceful and single bullet had killed him. ‘I closed his eyes gently. Then we lifted him, placed his body into a plastic shroud and then into a body bag.’

Rick, who spent a total of 25 years in the Royal Marines and the Fleet Air Arm was awarded the OBE in the months following the War, but what was more surprising was the honour that came in 1999 on a trip to Argentina with someone he considered, a friend, Prince Charles. He recalled : “Before the trip I wrote ahead to the Argentinian authorities saying we’d operated on just under 80 of their men and asking what became of them ? Then when I got there I walked into this room full of all these familiar faces. It was all the people we’d treated. I was presented with the 'Order of May', their equivalent to the OBE. I ­accepted it on behalf of the work of all my medics.” In fact, because it was a foreign decoration, Rick had to write to the Queen for permission to wear it and was personally authorized by her to wear it 'on all occasions.'

“Over the years I’ve been asked what I’d do if I had to choose who to treat first, an Argentinian or a Brit. My answer was always whoever needed attention more urgently. As far as I am concerned you have to be able to look into your soul and like what you find there.” 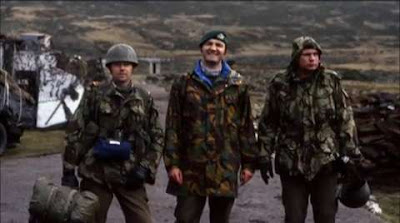