Britain, already no country for old men, is even less of one for old men with Alzheimer's Disease

'Dementia' is not a disease itself but a set of symptoms for which 'Alzheimer's' has become a shorthand and it accounts for two-thirds of the 820,000 people affected in Britain today and it would be safe to assume that a large number of these are old men.

However, in terms of public awareness, research and funding, Alzheimer's Disease remains 30 years behind a disease of similar social impact for example, Cancer research received £590,000,000 funding last year, compared to the £50,000,000 devoted to dementia, despite a study finding that the economic effect of dementia was greater than that of cancer and heart disease combined.

An article in the Guardian paper entitled :
Alzheimer's disease is compelling in fiction because it is so cruel in life.
It is not glib to impute significance from the disease's hold in popular culture – we now fear it more than death itself. 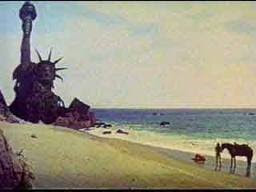 * in the final scene of the 1968 sci-fi classic 'Planet of the Apes', the late Charlton Heston who died in 2008 suffering from Alzheimer's disease, discovers the devastating truth : that he is not trapped in another galaxy, but here on post-apocalyptic Earth, where the human race has engineered its own destruction through nuclear war.
http://www.youtube.com/watch?v=TtgP6nIiXgY 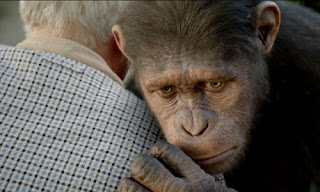 * the new movie, 'Rise of the Planet of the Apes', offers a more contemporary explanation for the fall of mankind and consequent simian ascendancy not an 'arms race' but : the quest to discover a drug cure for Alzheimer's disease.
http://www.youtube.com/watch?v=LaK6khs8aMw&feature=related 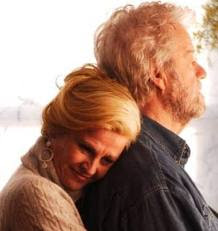 * thousands of families in Britain are affected by dementia each year, an ineluctable consequence of living longer and that it should leak into popular culture is no surprise: Julie Christie was Oscar-nominated for her portrayal of a wife with Alzheimer's in the 2006 film, 'Away From Her':
http://www.youtube.com/watch?v=ct7eXP-ivAk

* the particular character of the condition, its merciless assault on memory, the locus of selfhood and our connection with others renders it so compelling in fiction and so dreaded in reality and more feared than cancer and even more than death, according to a poll undertaken earlier this year.

* while age remains the main risk factor in developing the condition, it is pathological, not an inevitable part of growing older and the consequences are far removed from endearing dottiness, or self-deprecating 'senior moments' commonly and cosily associated with an ageing mind.

* while research is currently focused on developing an accurate means of early detection, campaigners underline that we can best learn from those directly affected and since his Alzheimer's diagnosis in 2007, author Terry Pratchett has been a notable advocate, attempting to overturn the passivity so often associated with dementia.

"Can you imagine waking up in a morning and being told you were stood there in the middle of the night, demanding to go home?… It's horrifying having all that time, all that emotion and all those memories, gone, lost and banished forever to who knows where? It feels like I have an empty space inside my head that I want more than anything to fill with memories lost, good or bad. Being told I have done these things over the last few days is like someone taking a part of me away and throwing it into an abyss which can never be recovered."
http://www.alzinfo.org/author/blogger-nm
Posted by ...............................JohnBoy at 12:28