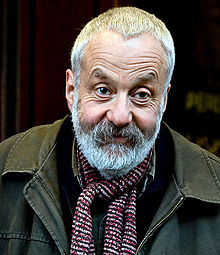 Mike Leigh,  writer and director of film and theatre is 69 today and old men remember, when he and they were young men and he made them laugh and wince in the 1970's.


I saw his 'Nuts in May' when it was broadcast on tv in 1976. It centres on a couple, childlike Candice Marie and eccentric Keith, who arrive at a campsite and pitch their tent in a quiet spot, suitable for 'appreciating nature's wonders', while keeping other human beings safely at arm's length. They have their  routine rudely interrupted by Ray, a lone student, who camps down nearby and switches on his radio, which is treated by the couple as an unforgivable crime and they force him to turn it off. 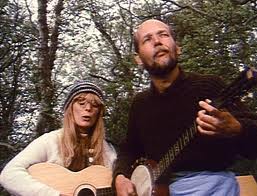 Ray, patronised by Keith and Candice Marie and is forced to participate in a song at Keith's behest :
http://www.youtube.com/watch?v=daEocG2dKCU

A 'Brummie' couple, Finger and Honky arrive on their motorbike, equipped with an army tent,  football and a fondness for late-night drinking and when  Finger's plans to light a fire to cook sausages, Keith  objects as it contravenes the 'rules of the site' and resorts to violence in order to stop it :
http://www.youtube.com/watch?v=WCzKOYUvD3E

The following year Mike made 'Abigail's Party in which Beverly Moss invites  her new neighbours, Angela and Tony over for drink and also neighbour Susan, divorced for three years, whose fifteen-year-old daughter Abigail is holding a party. She serves more drinks, the alcohol  takes effect,  flirts more and more overtly with Tony :
http://www.youtube.com/watch?v=_-hXUehyRlE&feature=related 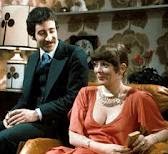 Husband Laurence sits impotently by and after a tirade about art,  suffers a fatal heart attack.

P.S. Beverly was played by Alison Steadman who was Mike's wife at the time.