Bad news for old men and women in care homes last year because a record number of them and hospitals were issued with 'official warnings' after the health watchdog uncovered ‘unacceptable’ standards of care for the most vulnerable and inspectors issued 910 ‘warning notices’ . Of these, 818 were in 'adult social care', meaning care homes as well as care in pensioners’ own homes.

Warning notices are issued when care is so bad that it is no complying with the law and institutions are ordered to improve on pain of closure or prosecution.

Attention was drawn to the following care homes and although the problems have been rectified, the scandal is that they were reported in the first place.

Oakhurst Nursing Home, Bradford, where :
* staff were described as 'cocky' and 'punitive'.
* rooms were left unheated for two winters.
* water running at 50 degrees C put residents at the risk of being scalded.

Whitstable Nursing Home, where :
* one resident was left 'black and blue' after five falls in two weeks.
* residents were ignored when they were in
visible pain.

Norton Hall Care Home, Worcester, where :
* residents had filthy commodes and solied matresses.
* there were no effective systems to either prevent or monitor infection.

Willow Green Care Home, Darlington, where :
* residents were given medication at the wrong times and doses were missed. 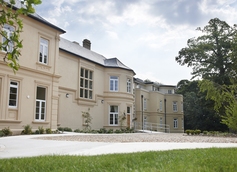 West Cliff  Care Home, Southampton, where :
* the call bell system was found to be not working.
* one resident could not be heard and eventually found, had to be taken to hospital. 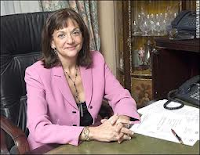 Minister of State ‘Jeremy Hunt has come down hard on poor standards in hospitals and he needs to do the same for care homes.  In a way this is even more important, because residents in care homes are usually there forever, while patients are in hospitals for shorter times. It is so deeply worrying that we seem to have a system that seems to be sweeping poor care under the carpet rather than dealing with it properly. We have a crisis in the care home sector. We are trying to provide care on the cheap, and as these shocking examples show, that can’t go on.’

‘Providing safe and dignified services must be the first priority of any organisation and there must be a zero-tolerance attitude to poor, neglectful care whether in a hospital or care home.’

Labels: No county for old men in care homes