Nicholas is 85, second-unit cinematographer on 'Lawrence of Arabia', cinematographer on Roger Corman's 'The Masque of the Red Death' and 'Fahrenheit 451', co-director and photographer of 'Performance' in 1970 and director of 'Walkabout', 'Don't look Now' and 'The Man Who Fell to Earth', is 85 years old today.

What you you possibly didn't know about Nicholas, that he :

* was born in London in 1928 and after doing National Service at the age of 18, after the Second World War, joined the film industry as tea-maker and clapper-boy at Marylebone Studios then worked his way up to camera operator on Ken Hughes' 'The Trials of Oscar Wilde' at the age of 32 in 1960.
https://www.youtube.com/watch?v=SiTfRoFeg3Q

* was cameraman on Fred Zinnermann's 'The Sundowners' in 1960 and contributed to scripts for Cliff Owen in 'Prize of Arms' in '61 and Lawrence Huntingdon's 'Death Drums along the River' in '62.

* came into his own as a cinematographer, helping directors realise what was in their heads, creating a consistent look for the film, making images that help tell the story in the frame through the lighting, getting the mood right, getting images to push the story along and keep the audience inside, not outside.

* moved into direction in 1968 and paired with the painter and writer Donald Cammel on 'Performance', centring on the confrontation between a gangster on the run, James Fox, and a pop idol in retreat, Mick Jagger, but saw the films cockney accents, graphic violence, sympathetic view of London's hallucinatory drug culture and a complex narrative concerned with identity and power, delay its release by a more conservative Warner Bros, for two years. https://www.youtube.com/watch?v=wFxfn3LakeM

* in Australia directed and photographed 'Walkabout', a rite-of-passage drama built round the relationship between a teenage Aborigine, David Gulpilil and two white children, Jenny Agutter and his son Luc Roeg, who become lost in the Australian desert after their suicidal father tries to kill them and saw playwright Edward Bond's dialogue and own startling images of fierce orange suns, lizards and insects and savage terrain, attract audiences and critics. https://www.youtube.com/watch?v=Fdqwbs8uKwQ

* achieved his biggest success in 1973 with a story of mystery, tragedy, sensuality in 'Don't Look Now', a bizarre supernatural tale, based on a Daphne du Maurier short story with glamorous, fashionable couple, Julie Christie and Donald Sutherland haunted by the accidental drowning of their little daughter in Venice, where they attempt to come to terms with their grief.
https://www.youtube.com/watch?v=U8yqq6uBrKc

* in 'The Man Who Fell to Earth' in 1976, made clever use of David Bowie's otherworldly weirdness, casting him as a benign but unhappy alien but, with the character's drift into exhaustion and confusion, left the film with an unsatisfactory dying fall. https://www.youtube.com/watch?v=SHkOyAh8WiI

* with 'Bad Timing' in 1980, used Theresa Russell, subsequently his second wife as a sensual, sexually liberated young woman and Art Garfunkel as the inhibited psychoanalyst and found that film's  disturbingly frank depiction of cruelty and sexual perversion upset the Rank Organisation, which preferred to lose their substantial investment rather than show the film in their cinemas.

* in 1982 made 'Eureka', a big budget film backed by MGM, based on the real-life story of the successful gold prospector Sir Harry Oakes, murdered, most probably by the American Mafia in 1943, which despite the striking imagery became  an ill-resolved murder mystery and forced the studio complain that he had not delivered the film he had promised and saw them rein in the expected wide release.

* saw The Big Audio Dynamite in 1985 release "E=mc2" as a tribute to his work, with each verse relating to one of his films, 'Don't Look Now', 'The Man Who Fell To Earth', 'Performance' and 'Insignificance'.
http://www.youtube.com/watch?v=cHTDkJ-bQqM

* made 'Castaway' in 1986, with Oliver Reed and Amanda Donohoe marooned on a desert island https://www.youtube.com/watch?v=9C9SwPXbAlY
and followed it with his last mainstream movie at the age of 61, an adaptation of Roald Dahl's children's story 'The Witches'  in 1989.

*  filmed Joseph Conrad's classic novella 'Heart of Darkness' for cable tv in 1994 and it was Conrad who uttered what could be his own credo: "A man who believes he has no illusions has at least that one".
https://www.youtube.com/watch?v=CX1T4EkD_cM

* produced his book, 'The World is Ever Changing' this Summer, named after a line in 'The Man Who Fell To Earth'  by David Bowie's alien : "The world is ever changing, Mr Farnsworth, like the universe," underlining his own keen sense of life's fleeting nature and containing his jumble of thoughts, opinions and observations during which he zips back and forth between his early years as a camera operator's assistant and his movie directing heyday and produced as an ebook complete with clips from his films.https://www.youtube.com/watch?v=hniHzDbsO64


* wrote : 'the magic of the captured moving image, that is for me the most magical ability I can think of. It has already, and still does, open doors of revelation which will finally show us the future'.

Somebody I never met
But in a way I know.
Didn`t think that you could get
So much from a picture show. 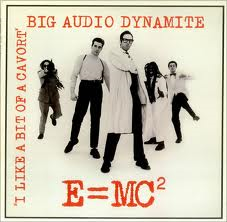 Man dies first reel.
People ask what`s the deal?
This ain`t how it`s supposed to be,
Don`t like no aborigine.

Took a trip in Powis Square,
Pop star dyed his hair.
No fans to scream and shout,
When mobsters came to flush him out.
Gangland slaying underground,
New identity must be found.
On the left bank for a while,
Insanity Bohemian style.

Met a dwarf that was no good,
Dressed like little Red Riding Hood.
Bad habit taking life,
Calling card a six inch knife.
Ran off really fast,
Mumbled something `bout the past.
Best sex I`ve ever seen,
As if each moment was the last.
Drops of blood colour slide,
Funeral for his bride.
But it`s him who`s really dead,
Gets to take the funeral ride.

Stray thoughts fear to tread,
Placed upon the screen instead.
Shes my flame too hot to hold,
Had to settle for her cold.