Britain, a country where old men choose 15 minutes help to either dress, eat or go to the toilet, fear not, you have a champion in Norman Lamb

What I warned about in the Spring, has now come to past and the reduction of care for old men and women in Britain is having a serious effect on the quality of thousands of old lives :
Monday, 13 May 2013
Britain is no country for old men who need help with dressing and eating

Now, in the Autumn, the charity, 'Leonard Cheshire Disability' have said that :

* a growing number of the old men and women and the disabled in two thirds of the local authorities in England and Wales are being looked after in ‘flying visits' from carers which last just 15 minutes.

* time is so tight during these home visits that some of the most vulnerable are forced to choose between having a cup of tea or being helped to go to the toilet. 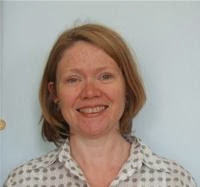 Katie Hall, Chair of the Local Government Association's 'Community Wellbeing Board' said :
“Unless local government finance is put on a sustainable footing, social care will remain substantially underfunded" and it would be impossible to “substantially raise the standard of care” without a significant increase in Government spending.

Old men and women with your fifteen minutes, take heart, help is at hand, you have a champion in the Government  'Care and Support' Minister, Norman Lamb who has said :

“It’s unrealistic to think 15 minutes is enough time to help people who are older or who have a disability to do everyday things like wash, dress and get out of bed. We are proposing an amendment to the Care Bill which would make it clear that local authorities would have to consider a person’s well being when arranging their care.”

You can now rest easy, knowing that a consideration your 'well being' and not the provision of hard cash will make everything come right.

My July post about Norman's costless care plan for the old :
Tuesday, 16 July 2013