There have recently been a small number of high profile cases of 'infant abuse' in Britain, but drawing little or no publicity there is a large number of 'old people abuse'. Instead of the number of old men and women being abused decreasing, the charity, 'Age UK'  has warned that there has been a 'disturbing' rise in the numbers of reports of possible abuse of the vulnerable old in England 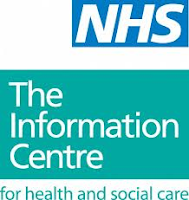 New figures from the Health and Social Care Information Centre reveal a steep increase in the number of reports of suspected abuse of old people and in the last year there has been a 28.4% increase in alerts about abuse made to councils in England.

Over a quarter of referrals relating to old men and women aged 65+ related to suspicions of physical abuse and over a third to cases of  neglect and in addition to these, just over 18% of cases were of financial abuse, a form of abuse which is often overlooked. Worryingly in over a third of completed referrals relating to people aged 65+ no further action was taken against the alleged perpetrator.

"These numbers are disturbing: even though growing awareness of the abuse of older people is likely to have contributed to the increase in the number of safeguarding concerns reported to and taken forward by English councils, they concern some of the most vulnerable people in our society, many of whom feel that they have no-one to turn to for help. Any abuse of older people is unacceptable and we need a zero-tolerance approach to any abuse. Our biggest fear is that there are still many cases that are not reported and we would encourage anyone who suspects that an older person is being abused to contact their social services department or the police straight away."
Britain in 2013 : a fearful place for a growing minority of abused old men.
Posted by ...............................JohnBoy at 12:22