Should Government Health Secretary, Jeremy Hunt, be accused of hypocrisy for saying that British people don’t care enough for their lonely old men and women ? 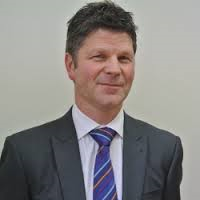 Richard Furze, Chief Executive of the charity 'Friends Of The Elderly', clearly thinks he is when he says : "Policy rhetoric about preventative services without funding is surely hypocritical. The Government should not be too quick to tell others what more they should do when they are cutting funding for services such as community transport and day centres that are a lifeline to so many older people."

The facts are that :

*  In some regions such as the West Midlands, the numbers plummeted by 52% per cent while the drop was 46% cent in London.

'Yes', he is right, despite the fact that a Department of Health spokesman weighed in to support his Secretary with : "Day centres can provide a valuable service but the wider problem of loneliness needs to be tackled by a change in attitude by society. There is no substitute for each and every lonely person having someone to visit them."

This wouldn't cut much ice with old men in Derby where the BBC reported :
The last remaining day care centre for the elderly in Derby could close because of spending cuts.
http://www.bbc.co.uk/news/uk-england-derbyshire-24036210