Britain is a country with England a Kingdom, London a city and Hackney a borough with more and more lonely old men

A large scale survey of  73,815 of those who are the recipients of care and social care services in England has revealed of the of old men and women recipients :

* the percentage of those with 'little social contact with people and feel socially isolated' was :
7.7% in Inner London
6.7% in Outer London
5.1% in shire counties. 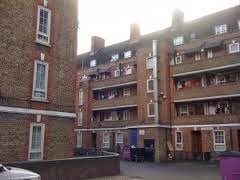 * the largest number lived in Hackney, East London with 11.4% suffering from social isolation followed by 10.8% in Hounslow, West London and Lambeth, South London with 9.8%.

Jack Neill-Hall, Spokesman for the 'Campaign to End Loneliness' said the findings confirmed evidence that London Councils were not doing enough to tackle the problem :
"When we look at what local authorities and health and wellbeing boards are doing, London is certainly one of the worst areas in terms of taking this issue seriously."

Since the survey was only of old and disabled people receiving care and support, he also said :
"What councils need to be doing is reaching out to the huge swathes of people, the vast majority, who do not get any services."
Among those 'swathes of people' who receive no help are a large number who were, but because of Government cuts in the social care budget, are no longer receiving help which is down by 29% on the 2008-09 figure.

Janet Morrison, Chief Executive of charity 'Independent Age', described the drop of almost a third in five years as "a tragedy" and "This is fundamental care such as help to wash, dress, eat and go to the toilet. The government could hardly have chosen a worse time to introduce the new Care Act, which makes a greater number of people eligible for services at a time when fewer are in practice getting them." 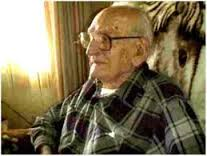