Britain is no longer a country for and says "Adios" to that old writer of westerns called J.T.Edson 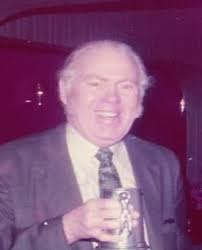 JT, who wrote more than 130 Western novels and had 27 million sales in paperback, has died at the age of 86. The only books my own Dad read were westerns by a middle-aged American East Coast Dentist called Zane Grey and I remember my own initiation into the genre was when he took me to the cinema when I was 6 in 1953 to see George Stevens' 'Shane'. I 'was' Little Joe and perhaps have remained him all my life. https://www.youtube.com/watch?v=SWdPmapuOd4 Then of course, there were those American black and western series on tv in the late 1950s and early '60s.


What you possibly didn't know about John Thomas Edson, was that he :

* was born in Derbyshire, in the small mining village of Whitwell in 1928, was six months old when his father, a miner, died leaving his mother a 23 year old widow and often went to the cinema, probably 'The Empire' in Shirebrook (right), while she worked and became obsessed with escapist adventure and western serials and questions : how did the baddie's gun jam, men cheat at cards and Westerners really speak and dress ? 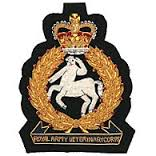 * at 11 attended Shirebrook Selective Central School where he was encouraged in his writing by a teacher but left at 14 during the Second World War to work in a stone quarry until he joined the Army at the age of 18 in 1946 and rose to the rank of sergeant in the Royal Army Veterinary Corps as a dog trainer and served in Kenya, in his late twenties, during the Mau Mau Uprising and, on one occasion, killed six 'rebels' while on patrol, also served in Malaya.

* confined to Amy barracks for long periods, devoured the books of escapist writers : Edgar Rice Burroughs and Edgar Wallace and sat through hours of movies starring John Wayne, Randolph Scott, Errol Flynn and Audie Murphy https://www.youtube.com/watch?v=juENeWSSsog and had his first appearance in print in 'Hints On Self-Preservation when attacked by a War Dog' when based in Germany in the Osnabruck camp magazine 'Shufti' in 1947. 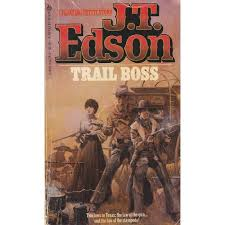 * started writing seriously when posted to Hong Kong, won a large cash prize in a tombola and invested in a typewriter and by the time of his discharge from the Amy in 1958, had written 10 Westerns, an early version of science fiction hero, 'Bunduki' and the first of short detective-type stories starring 'Waco' but with a wife and children to support, ran a fish-and-chip shop and worked on the production line at a local pet food factory.

* undertook a writing course and enjoyed his first success at the age of 33, when 'Trail Boss' won a £50 prize in a 'Brown Watson' competition in 1961 and with this income from publishing and earnings from five series of short stories, 'Dan Hollick, Dog Handler' for the boys comic, 'Victor', settled down to professional authorship until the comic’s decision that nobody read cowboy stories any more, forced him to get a job as a postman.

* after writing 45 books for Brown Watson, in 1968 was given the freedom by his new publisher, Corgi to explore the idea of an interconnected family of adventurers and at the age of 46 in 1974, made his first of his visits to the United States in search of reference books.

* based his heroes on his favourite film stars, with 'Dusty Fog' resembling Audie Murphy and the 'Ysabel Kid' an amalgam of Elvis Presley in 'Flaming Star' and Jack Buetel in 'The Outlaw' and also "read Nelson Nye and other escapism-adventure writers and also classics such as 'Shane' " which he said "left him cold" and "preferred the virile stories which British middle-class management snobs refer to as 'the pulps' " and "one of my pet hates is that they regard all western novels as being substandard and unworthy of their superior intellect."

* in his introduction to his one hundredth novel wrote : 'The hero would catch the ‘baddie’ cheating at cards, but there was only rarely an explanation of how this was done. Or the villain would be on the point of shooting the hero in the back, when his gun would jam and, except on a few occasions, the cause was not described... From those beginnings, I decided that if I wanted the kind of plot plus detail I enjoy, I must follow the old Yorkshire adage, ‘If you want a job doing properly, do it yourself.’ '

* worked in his bachelor-tidy study in Melton Mowbray, Leicestershire, with replica firearms on the wall and with secretary in the room next door handling fan mail, helping produce a 'JT Appreciation Society' newsletter, dealing with his income tax demands and the sales in Danish, German and Serbo-Croat and occasionally helping to act out particularly complicated Main Street gunplay featured in his writing.

.* in the 1960s, courted criticism with : accounts of women in catfights, punching, scratching and biting and tearing clothes off each other in the mud ; the fact that a young man sent to Broadmoor for killing a Sunday School teacher, claimed to have modelled himself on the half-Comanche, half-Irish 'Ysabel Kid' and his 1968 'The Hooded Riders' which portrayed an organisation resembling the Ku Klux Klan as a heroic resistance group. 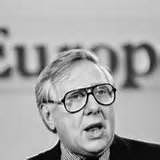 * in an article for 'Time' magazine in 1999, declared that he had no desire to have lived in the Wild West and “I’ve never even been on a horse. I’ve seen those things, and they look highly dangerous at both ends and bloody uncomfortable in the middle. My only contact was to shoot them for dog meat.”

* before becoming a recluse in his last years, his favourite boast was that Melton Mowbray was famous for three things: “The pie, Stilton cheese and myself – but not necessarily in that order’’. 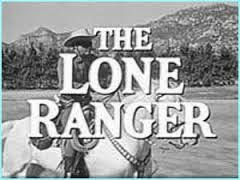