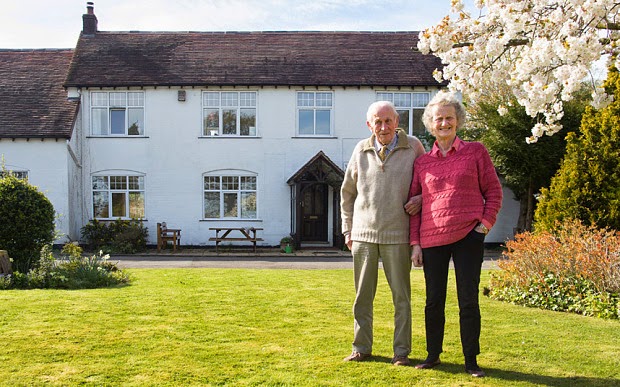 This is 94 year old Fred Morgan and his wife, 72 year old Vivian, in the garden of what used to be their 9 bedroom, bed and breakfast business in Hatton, Warwickshire.

In 2009 they heard about the case of a 15 year old girl, Simone, who jumped from a road bridge to her death after suffering years of bullying by fellow pupils and neighbours. She had started to be tutored at home because her school attendance had become so poor. At the inquest into her death, her social worker described how she had withdrawn into herself because of the treatment which had been meted out by fellow pupils. In a statement read at the inquest, she said:

"She told me she refused to attend school because she had been bullied. She was very shy and self-conscious. She never made eye contact with staff or other pupils. She wore her hair in her face and often had a lot of time off school and it was hard to re-engage her. I went to visit her once and she just sat there with her head in her hands, screaming. She refused to return to school because she had been bullied and perked up when she started not going to school."

Although there were other contributory factors to explain why Simone had taken her life : she had been placed on the child protection register just after she was born, had six agencies involved in here care fail to co-ordinate their efforts and had troubled relationships with older men, it was the bullying aspect which struck a chord with Fred and Vivian, who in 2012, decided to convert their b&b into a school for bullied children.

Fred said :
“I can’t think of anything worse than a child taking their own life. It’s so final and tragic. If we can be useful and give a productive life to a few of them, then that’s only a good thing.” 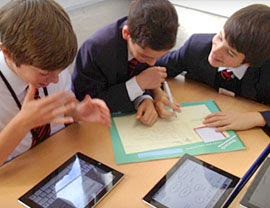 Students usually start with confidence-building and something they show interest in, perhaps cartoon film making or dog-walking, before rejoining mainstream education and although small, Northleigh House School is now a fully-functioning independent school. It follows the national curriculum, is subject to Ofsted inspections and where the 20 pupils, aged between 11 and 17, study English, maths and science and are taught by twenty-two, mainly, part-time staff under the management of a Head Teacher.
About half the pupils have repeatedly attempted to take their own lives.


Vivian said :
“We had one 15-year-old girl who had bald patches where the bullies had pulled her hair out. I’ve seen texts sent to pupils telling them to kill themselves. It’s horrific.”
"When they first come, they can’t do a full week. Some of them sit and don’t speak, and it takes some longer than the others, but once they realise they’re safe, they’ll start to do a few things – usually cooking or looking after the animals."

“When they leave here, they’re like normal happy, laughing teenagers, and they’ve caught up on their work.”

“We had one young girl who had tried to throw herself under a bus. She’s really happy and at college in Leicester now. To think that she may have died is terrible.”

One student, who used to give wrong answers in class so that bullies wouldn’t pick on her, left Northleigh House with A* GCSEs in physics, maths and chemistry, while another is now studying engineering at Warwick University.

Most pupils will stay at Northleigh House for around a year and then move on to a sixth form college and given Northleigh staff’s phone numbers, in case they run into trouble. The school is steadily getting more pupils from Warwick and nearby councils, while one Hampshire family are planning to move across England so that their child can attend the school.

Although Fred and Vivian had no teaching experience, they were able to secure funding from the local council to set up the school but it can’t cover all the costs. Money is an issue. Last month the Morgans stopped working in their successful curtain business and are now fundraising in an attempt to set up a trust fund for the school. Vivian said :

“I would like to see it remain and at the moment it’s not sustainable. I want it to live forever.”

Labels: The school for bullied children and Fred and Vivian Morgan