Britain is a country with a county called Kent and Faversham, no town for an old 'Monty Python' cameraman called John Wellard

Seventy-one year old John Wellard lives in the historic town of Faversham in North Kent and is one of several hundred locals involved in a public debate about the future of historic buildings beside the Creek which was once a centre of industry and repair for Thames sailing barges.There are plans to regenerate the area, but the campaigners are concerned that Faversham Town Council is favouring the area being turned over to developers for expensive flats.

For the past five months, satirical images mocking some of the councillors and other public figures have been handed around pubs and posted through doors as well as brown envelopes stuffed with copies of old Venezuelan banknotes bearing the inscription :
‘If you find this message please return it to your councillor.’ 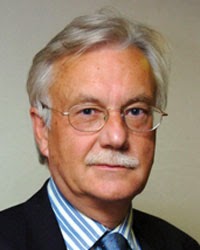 One image poked fun at Swale Borough Councillor Mike Cosgrove, riding a toy donkey, while another showed Town Mayor Nigel Kay and other local public figures being described as ‘a growing problem in the heart of Kent’. 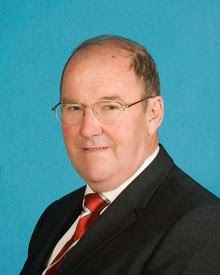 Clearly the worthy councillors were not best pleased and Councillor Tom Gates said that they had agreed that the lampooning material was a 'criminal matter' and "I had one of these brown envelopes through my letterbox. It just got way out of hand. I’ve never been offered a bribe. I would certainly like people to be prosecuted. We’re in a democracy but shouldn’t have abuse or derogatory remarks thrown at us."

John was identified as one of the perpetrators behind the 'criminal' material and on Friday morning opened his front door and was confronted with six police officers and said : "For a second I thought it was some elaborate strippergram. They told me they would search the house and I was taken to the police station for questioning. I feel almost flattered that I would be thought of as such a threat to the fabric of law and order that they should see fit to send six coppers round to arrest a pensioner with no criminal record, in his dressing gown."

Arrested for 'harassment', he was quizzed for two hours and 'under caution'. He chose to give a "no comment" answer to every question and said : "I refused to make any comment, not as a measure of my guilt, but I don’t believe that I, or anyone else concerned, have done anything wrong. In politics people make criticisms and say all kinds of insulting things – if they can’t take the joke they shouldn’t join. When the six police were about to search the house I joked that : “I wasn’t expecting the Spanish Inquisition”, but it fell a bit flat. I don’t think anyone got the reference to a famous Monty Python sketch. At some point I must have been un-arrested because they then told me I wasn’t under arrest."
https://www.youtube.com/watch?v=7WJXHY2OXGE&t=0m37s

"It was completely Pythonesque. Lampoonery and satire have been part of British public life for centuries. Why have six policemen threatened to go through my belongings just because a few feathers have been ruffled? Freedom of speech is being whittled away."

He believes his name had been given to Kent Police because one of the posters involved a joke from the 1979 Monty Python film, 'Life of Brian' and he had worked as a tv cameraman for the 1970s 'Monty Python's Flying Circus'.

Commenting on his arrest he said : “I wasn’t as terrified as I think I ought to have been on Friday, but I think it was just a very sad reflection on the nature of politics today. Satire and lampooning have been at the very centre of British political life for centuries, so I don’t think this merits police action. Does David Cameron call out the cops every time he’s portrayed in a cartoon with a condom on his head or his Y-fronts over his clothes? I just think this whole thing is a complete overreaction.”

Five hundred and seventy-eight years ago in 1593, the Elizabethan playwright and foremost tragedian, Christopher Marlowe was 29 years old and probably knew the town of Faversham well, since his youth was spent in Canterbury, 9 miles away and his father came from the village of Ospringe, close by. 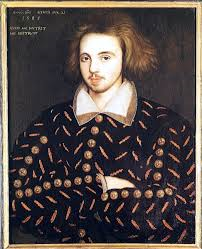 Chistopher lived in an age before freedom of speech and expression had been established in the realm of England and in London on 18 May, a warrant was issued for his arrest. No reason was given, though it was thought to be connected to 'allegations of blasphemy'—a manuscript believed to have been written by him was said to contain 'vile heretical conceipts'. On 20 May he was brought to the court to attend upon the Privy Council for questioning. There is no record of their having met that day, however, and he was commanded to attend upon them each day thereafter until 'licensed to the contrary'. Ten days later, he was stabbed to death by Ingram Frizer and whether this was connected to his arrest has never been resolved. Either way, England, in an age when freedom of speech was strictly limited and the many battles to achieve it had yet to be fought and won, lost the genius who gave it 'Doctor Faustus' and six other plays in his shortened life.

A couple of days ago John found a hand-delivered package on his doorstep, a brown envelope marked 'John', which  contained a well-crafted cake with a metal file through the middle : a traditional form of assistance in breaking out of prison.

John said : "I'm now the butt of some satirical humour and I really don't mind. I won't be calling the police, that's for sure. Whoever sent this, I thank them very, very much."