Britain is a country which once made and has now lost its scarce 'old' historian, Professor Chris Bayly

The death of Chris, who has died in Chicago at the age of sixty-nine, has deprived the world in general and India in particular of one of its greatest historians.

What you possible didn't know about Chris, that he :

* was born in Tunbridge Wells, Kent in l945, just before the end of the Second World War, the son of a strict mother from an Evangelical background, who had left grammar school at the age of 16, wrote well and encouraged his painting and intellectual ambitions and a father who, he recalled was, in the 1930s, "indentured into the Merchant Navy at the age of 15, something to do with the Financial Crisis", took reading seriously and was "very good at making me write and I think that was the most important thing he did for me : made me write and made me write long sentences and was quite rigorous about it." 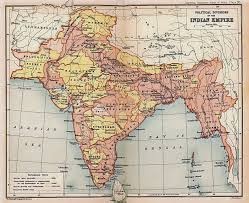 * in 1953, was eight years old when his father retired from the Navy after "an extremely wide-ranging career" which had seen him import copra from India, deliver machinery to the USA and return home via the Pacific and during the War, serve on the Atlantic Run and on one occasion, the dangerous Arctic Run to the USSR and recalled : "so I had an early introduction to colonial and world history through my Father" who, in addition, became a geography teacher in a boys' secondary modern school in Tunbridge Wells.

* remembered, when he was 7 or so, talks with his Grandfather, a London cockney who had fought in the First World War in the Egyptian Campaign, then Palestine, before Turkey, where he was wounded by Ottoman plane gunfire, hospitalised in Egypt "where he was, in effect, educated, because he was from a pretty poor background, but his stories were absolutely fascinating and I grew up listening to differences between Indian soldiers on the Eastern Font and how the Australians were almost always out of control" and "this was one of the interests that started me in History." 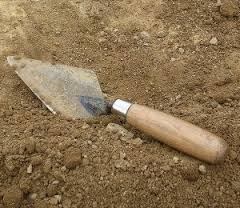 * recalled : "From an early age was very interested in earlier history and I think that's where the bug bit me" and was taken to old villages and Norman castles in Kent and Sussex and a Neolithic dig at 'High Rocks' with his father, where his scraping revealed a flint axe head. 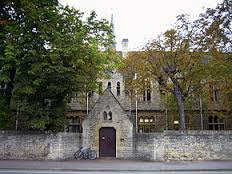 * passed his 11+ to Skinner School, a boys' grammar in 1956 and with the encouragement of his young, Oxbridge educated teachers, studied 'A' levels in Latin, Greek, Ancient History and History and applied to read History at Baliol College Oxford after reading, at the age of 17 in Samson's 'Anatomy of Britain' that it was the best.

* was interviewed in the record breaking winter of 1962 by Christopher Hill who asked : "What do you make of James I ?" "I said "he was an old man in a hurry" and Christopher grunted, in the way that he did and then said "he was considerably younger than me." So the poor interviewee more or less collapsed at that point. The interview came to an end, but somehow I got in."
https://www.youtube.com/watch?v=xI7BJZQTpTE&t=31m31s 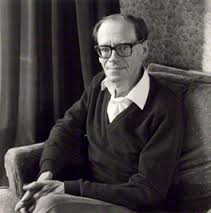 * as an undergraduate, enjoyed tutorials with Richard Cobb, who, a little the worse for wine, would "go out on the balcony overlooking the Broad Street and proclaim the speeches of Robespierre to the tramps who'd gathered below and would look up and wonder 'what the hell was going on ?'" and was about to specialise in Russian History in his final year because he thought it was the future : "the peasantry and all that stuff", but changed his mind at the age of 20 in 1965, after a summer trip to India with a friend. 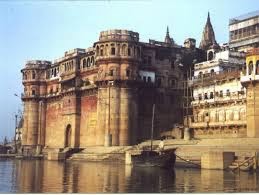 *  had taken the Orient Express to Istanbul, a bus across an Iran in the last days of the Shah, then a windowless train in Pakistan, where a serious chest infection confined him to Quetta Civil Hospital for a week and where he was mistakenly told he only had a week to live, then to be told : "Sorry, it's the man in the next bed", then on to Gwalior where his student friend Derek had taught, met people and "So, I got interested in India."
https://www.youtube.com/watch?v=xI7BJZQTpTE&t=38m10s 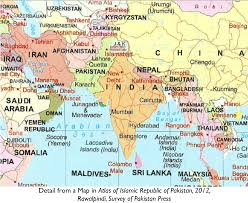 *  had to travel south to Karachi to avoid the India-Pakistan war zone and took a Shia pilgrimage boat to Basra and as a result : "I got a sense of India from the other side. Not dropping out of an aircraft. India in West Asia and particularly the Muslim dimension. So that was a very formative experience" and in addition "It was absolutely formative for my interest in world history to go out overland and come back a different way overland."

* chose the one Indian module available in his last year at Oxford and was taught by his tutor, Ashin Das Gupta, who eschewed the 'Empire from above' approach and said "I'm going to tell you about India", graduated with a 'first class degree' and followed M.A. with a scholarship at St.Antony's College and PhD thesis supervised by Jack Gallagher "a great influence as a writer and as a person who'd throw ideas your way. He wasn't the sort of chap to actually read what you wrote." 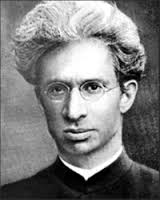 *a was taken under the wing of Sarvepalli Gopal, son of the second President of India and biographer of Nehru, a nationalist who persuaded him to work on the local history of Indian nationalism and suggested the town of Allahbad in North India, from where Nehru and other nationalist leaders had come. https://www.youtube.com/watch?v=aFtJliNg5qU&t=8m38s

* from 1968-70, between the age of 23 and 25, stayed in Allahbad and worked on his semi-anthropological history asking people about the ancestors of the nationalists he was studying at a time when a top down 'imperialist approach' was still the norm and said later : "at that point History seemed to be very general and largely structured around the history of great men so I wanted to look at the social background in a particular Indian city during the freedom struggle against colonial rule."

* in 1970 moved to the University of Cambridge "it was a very informal, almost patronage system in those days so Jack (Gallagher) phoned Eric (Stokes) : "Eric, have you got a job there for this funny person called Bayly that I've got ?" He said : "Maybe we do" and that was it " initialy a research fellow at the 'Centre for South Asian Studies' and then a fellow at St Catherine's under the wing of Eric.

* found Cambridge "quite a peculiar place in the 1970s" and spent his first dinner in college discussing 'the form of the cross in chapel' but working with staff who had overseas experience during the War who,"when I first went to Cambridge people used to sit around smoking their pipes and talking about the constitution of New Zealand or the Caribbean Islands", but nevertheless with non-European history which, while still in an imperial vein, was much broader than anything he'd encountered in Oxford.

* got his first taste of teaching non-European history when Eric asked him to do a supervision : "I had to 'get up' the Aztecs and Incas in about a week and talk to these undergraduates who were drugged up to the eyebrows in those days and rather difficult to follow to say the least. Then I got up these courses in non- European history which means Ive always had an interest in generalising about the world rather than simply 'doing India'" and was remembered by Shadid Amin as : "He wasn't a typical Oxbridge don. He was very open-minded, very excited by things around him, deeply committed to teaching a vast numbers of students who looked up to him."

* submitted his DPhil thesis : 'The Local Roots of Indian Politics: Allahabad, 1880-1920', published in 1975 and regretted that, after pressure from the publisher, OUP, he left the 'urban' but removed the 'rural' aspects and later conceded : "The first book is a bit of a mess I think. It 's somewhere between a Namierite study of Indian nationalism and the study of civil society ... It took me some years to dicover that I ought to have been saying something a bit different, nuancing the instrumentalism with the sense that this was a national movement, people had ideologies, that people were interested in the poor and so on."

* worked on "the second problematic, the relationship between British expansion in India and the Indian commercial classes and the way that, at least in the first fifty years of British rule, the British could have done nothing in India without the help of the India commercial classes who bought into their type of business because it seemed safer than the Indian rulers" and as a result, in 1983 at the age of 38, published : 'Rulers, Townsmen and Bazaars: North Indian Society in the Age of British Expansion, 1780-1870.'

*  as a next step "decided to move up one stage, as it were, towards globalisation and I wrote about Indian history more generally during the early colonial period" and in 1989 at the age of 44, produced : 'Imperial Meridian: The British Empire and the World, 1780-1830' "I then worked on Empire and information because it seemed to a critical issue with the way that a colonial power can put together information and use information" and published 'Empire and Information: Intelligence Gathering and Social Communication in India, 1780-1870' in 1996.

* decided "to go even broader, this partly because of the teaching I'd been doing during the last 40 years, which is to really interest undergraduates in the first two years of their Cambridge course in World History, because people are very much committed to national history before they get to university and so I decided I wanted to write something broader which reflected my lectures and that's where the 'Birth of the Modern World :Global Connections and Comparisons, 1780-1914' came from" published when he was 59 in 2004.

* in 2007, when informed of his knighthood in the Queen's Birthday Honours List for his 'Services to History Outside of Europe' said : "I regard this not only as a great personal honour but, as an historian of India, as recognition of the growing importance of the history of the non-western world."

* said in 2010 : "Over the last forty years I suppose Ive spent about five years doing global history. I've also done local history. I've done regional history. I've done the history of different disciplines within the profession, like economic history, so I don't see myself predominantly as a 'global historian'. What I would say is that all of these are different ways of approaching and understanding History. I'm not saying we should all be global historians now, that would be ridiculous. We want people to be working on the Commune of Paris, particular cities in India, the Industrial Revolution in Britain. However, this needs to be put into a much broader context in my view and particularly when teaching undergraduates, who often come to graduate studies with a very limited view of history. Then we need to alert them to the wider world and long term changes."

* wrote of himself, self-deprecatingly, in 2015 in his last appointment as 'Professor of Global History' at Queen Mary, University of London : 'I have spent a great deal of time since 1963 in India, the USA, France, Denmark and the Netherlands discussing, researching and teaching history and am presently working on a book entitled 'Remaking the Modern World. Global comparisons and connections 1900-2015.'

"The purpose of historians and historical training in universities is not necessarily to make everybody into a professional historian or even to 'give them an answer', but just to say "Be careful. You can't make that argument without knowing rather more about the context."

* was paid tribute by Richard Drayton, Rhodes Professor of Imperial History at King’s College, in what would be a fitting epitaph :

'A great scholar, a fine human being, a mighty oak has fallen.'