Of three old friends, the first told me on the phone that the blog was "crap".
The second said that I'd "lost the plot".
The third e-mailed to ask 'Is the 'l' in blog silent ?'

Since then, despite a sustained lack of interest among family and friends, I have continued to post and receiving my 600,000th Google recorded 'Total Pageviews' today gives me a great deal of satisfaction. I'm running at 100,000 a year. Not bad for an old blogger.


Even more than that, I take it as a great compliment when someone of note reads a post and retweets it, or better still, leaves a comment and retweets it, albeit with the proviso that a 'retweet does not amount to an endorsement.' 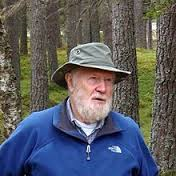 Britain is a country and Scotland a nation which say "Farewell" to an old conservationist called Dick Balharry   http://ow.ly/MBRAw

'That's a lovely tribute to Dick Balharry, thanks for sharing it.'

Fraser Milne ‏
Hazard Geoscientist at the University of Dundee.

'a great tribute for a real champion. My Granddad explored the woods, marshes & fields around Muirhead with him when they were boys'

Britain is a country which once made and has now lost its scarce 'old' historian, Professor Chris Bayly  http://ow.ly/MBSLM

Award-winning author of 'Of Love and Secrets', 'Love, Desire and Betrayal' ,'A Taste of Life and Love in Australia', 'Encore'.
Retweet

Author of 14 books on German history, French gastronomy and wine. Written for major newspapers including the FT, the Guardian, the Times and FT Deutschland
'That's very good, and more informative than the Telegraph obit! Thank you.'

Tamson Pietsch ‏
'Oh that's wonderful John thanks so much. The life in the history'

Revati Laul   Chronicle of  politics and culture as an independent journalist, Gujarat, INDIA
'I enjoyed that very much...thanks for posting it'

Aditya Chakrabortty
I am gainfully employed by a newspaper. Future generations will not be able to say that.
Retweet

The UK's oldest and most respected history magazine
Retweet

Promoting historical study of society and cultures
'A charming tribute... '

PVC for Research and Innovation at Sheffield University.
'Thanks, very interesting and revealing'

Historian of science and modern political history based in New Delhi.
'Very different way to pay a tribute to someone as great as Chris Bayly ' Retweet

Gyan Prakash
Princeton, NJ, USA
'Thanks for this. We were together in Delhi this Feb & he agreed to lecture at Princeton later this year. Great loss'

BL Asian and African
Introducing the collections of the British Library's Dept. of Asian & African Studies.

Jeff Wasserstrom
History prof, freelance writer, commentator on China
'Thank you for sharing; so much about his life and career I didn't know'


Britain is no longer a country for and says "Farewell" to its old and best blind artist, Sargy Mann  http://ow.ly/MBU8k

Voice Monet
'This is AWESOME...Thank You!'

A.P.T Gallery
A.P.T is a Charity that encourages participation in the visual arts through creative practice, exhibitions and education.
'Thanks John, a moving and well researched tribute. He will be much missed.'

Alice Hole Artist
Alice Hole- An artist, constantly inspired by my surroundings. Based in Helston, Cornwall
'Fantastic tribute. What an inspiration he was...'

Britain is no longer a country for and says "Farewell" to an old English guitar player called John Renbourn   http://ow.ly/MBVbH

Will Hodgkinson
The Times rock & pop critic, author of The House Is Full Of Yogis, Guitar Man, Song Man.
'Thanks, a very nice tribute'

Gordon Giltrap
Acoustic guitarist. Been in the business for about 46 years. Still crazy about guitars, composing, performing and working with nice people
'John,I had known JR for nearly fifty years but there were things in your tribute that I didn't know.THANKYOU '

Fiona Ritchie
Making radio, listening to it, tweeting about it...and music.
'Many thanks! Loving the links.'
Retweet

Michael Deibert
Author of In the Shadow of Saint Death: The Gulf Cartel and the Price of America's Drug War in Mexico, as well as books on Democratic Republic of Congo & Haiti
'Very nice. As an amateur guitarist myself, I was always impressed with his work...' Retweet

Richard Porteous
Champion for the Built Environment. Runner, Sportive cyclist & keen shot. RNLI fundraiser & Forces supporter.
'Superb, thank you. So much detail, you have gone to great lengths & the video links bring it all back to life. Very enjoyable.'

Older, not necessarily wiser. Books, art, politics, music, and the sea.
'Thank you very much, John. This is a lovely tribute to him.'

LaurenceVick
solicitor/partner at go-to lawfirm. Represented families at Bristol heart inquiry.
'Thanks great tribute to the late John Renbourn. I saw him play 2 wks before he died & w Pentangle 1969 Bham'

Director, journalism ethics charity MediaWise; journalist, international trainer, university lecturer .
'Thanks for this John. I'l pass it on. No idea he was around Surrey when I was a lad. Bought his first album with my student grant.'

DJ,programmer,Sings+writes,
'Beautiful- thanks for posting x' 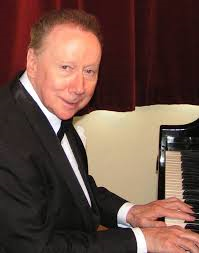 Britain is no longer a country for and says "Farewell" to a once feted and now forgotten, old classical pianist, called Peter Katin http://britainisnocountryforoldmen.blogspot.co.uk/2015/03/britain-is-no-longer-country-for-and_24.html 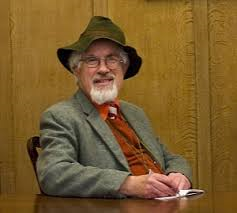 Wednesday, 18 February 2015
Britain is no longer a country for and says "Farewell" to an old historical ecologist called Oliver Rackham http://ow.ly/MC4dB

Wales, within Britain, is no longer a country for and says "Hwyl Fawr" to an old artist called Osi Rhys Osmond http://ow.ly/MBXy9

Ffion Jon
Freelance producer/ director .
'Thanks John, I really got a sense of Osi in there and it's put a smile on my face xx'

Francesca Rhydderch
Writer / Awdur
'The wonder of colour' - what an excellent, moving piece. Thank you.' Retweet

Guto Llewelyn
Reporter with the Carmarthen Journal.
'Some beautiful quotes there. Last time I met Osi was at peace vigil for Palestine. Never said anything he didn't truly believe in.'

Documentary filmmaker: The Art That Hitler Hated, Vivian Maier, The Fatwa: Salman's Story
'Thank you for sending that. I love most the hawk & helicopter series & all the sunset watercolours, so beautiful. Osi.'

Britain is still a country for and says "Bravo" to its old and much loved humanitarian, Nicholas Winton http://ow.ly/MC3NS

Newsreader/Announcer BBC Radio 4.
'A wonderful post for a wonderful man'

Alastair Stewart
ITV news
'Fascinating. Thanks. I especially likes "Officials at the Home Office worked very slowly with the entry visas" ... and why ?'

Britain is no longer a country for and says "Goodbye" to an old and forgotten debt-busting philanthropist called Martin Dent http://ow.ly/MBYHL

Business correspondent for the BBC, spend a fair amount of time covering the eurozone and EU.
'Thanks for that great read'
Monday, 1 December 2014


Is Britain still a country for an old Polish warrior from the Second World War called Captain Zbigniew Mieczkowski http://ow.ly/MBYez

Britain is no longer a country for and says "Goodbye" to an old TV producer called Allan McKeown http://ow.ly/MC1dy 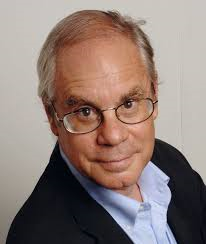