Britain is a country where more and more old men, marooned in rural England and Wales, lose their bus lifeline to the outside world

A study by the 'Campaign for Better Transport' has found that rural bus services are being wiped out in many areas of England and Wales, due to cuts in local government subsidies which have been reduced by £78m since 2010, with another £27m under threat this year. 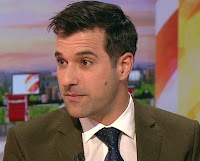 Martin Abrams, CBT's Public Transport Campaigner, said: "This new research shows that up and down the country utterly devastating cuts are now being inflicted on our vital bus services on a par with the swingeing and misguided cuts the government and Dr Beeching made to our rail network which decimated services back in the 1960s" and it was a "bitter irony" that many of the bus routes being cut had originally replaced the thousands of rail services that Beeching recommended should be axed, leaving more areas without any public transport. 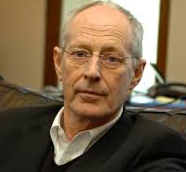 Peter Box, the Local Government Association's Transport Spokesman, said councils were finding it "impossible" to continue to make up a funding shortfall for the 'concessionary fares scheme', which is in place for young, elderly and disabled people. "The way the 'Concessionary Travel Scheme' is funded by Whitehall has long been unfit for purpose and has not kept up with growing demand and cost. Unless the Government commits to fully funding concessionary fares, vital bus services that support the most vulnerable in our society will continue to come under pressure."

Cuts to local bus services are just one of the difficulties faced by nearly 1 in 4 men and women aged 60 and over who live in the countryside and not their old counterparts in the towns and cities. They should be placed in the context of :
* lack of nearby shops and services.
* high cost of heating and living.
* lack of access to health and social care.
* difficulties getting broadband.

The fact is that many old men and women do not spend their twilight years in a rural idyll and the number of them over 65 with social care needs is projected to increase by 70% over the next 13 years and the number suffering from depression, stroke, falls and dementia is also projected to grow between 50% and 60%, compared with up to 42% in urban areas. In addition, 1.5 million of them are reliant on oil to heat their homes which frequently costs more than electricity and gas and can only be bought in large quantities, resulting  in sizeable upfront costs.

In 2013, Michelle Mitchell, the then Head of the charity, Age UK, at the time when it was calling for the prevention of loneliness to be made a priority when it had been shown to be as harmful as smoking 15 cigarettes a day, debunked the myth of a rural Eden for the old when she said :

"Life in rural England is very tough for many people. Too many are stranded at home, lonely and isolated, struggling to the shops, post office and even hospital, because of a lack of local bus services. The high cost of heating because so many rural homes are badly insulated and are off the mains gas grid as well as the challenge of getting adequate social care all add up to make life in the countryside difficult for many and far from the stereotype of a rural paradise.
With rural communities ageing rapidly, it’s more critical than ever that the Government and local authorities make sure that the older people who live there, many of them frail and vulnerable, have access to the services and facilities they need to live as independent and fulfilling lives as possible."

The Age UK study : 'Missed Opportunities, the impact on older people of cuts to rural bus services’, examined in detail the needs of older bus users in rural parts of Durham and Northampton, regions which had been significantly affected by bus cuts and found that older people are now forced to make a choice between paying for taxis to undertake cultural and social activities, and staying at home. http://ow.ly/XWyIu

The recent CBT Report confirmed that, once again, some old people in rural areas will be worse affected than others with those living the beautiful countryside and villages of Lincolnshire, Derbyshire, Somerset, Dorset, West Berkshire, Wiltshire, Oxfordshire, Hertfordshire, North Yorkshire falling into that category.

Needless to say, the Government denies that there is a problem. Transport Minister Andrew Jones said : "I recognise that buses provide a vital service in local communities, and particularly in more remote areas. Decisions on funding for local bus services 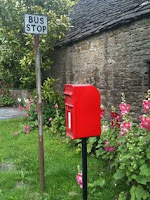 are a matter for local authorities, but the Government protected around £250 million of funding for bus services in England, provided through the Bus Service Operators Grant, as part of last year's spending review. This has preserved millions of bus journeys every year. In March last year, we committed £7.6 million to support 37 local transport schemes in rural, isolated areas through the Total Transport Pilot Fund. More than 300 local charities and community groups across England will also benefit from new minibuses through the £25 million Community Transport Minibus Fund. We are also developing measures in the upcoming Buses Bill so local authorities can deliver improved bus services."

Could it be that Martin and Peter have got it wrong ? The message the Minister seems to be giving old people in rural areas is :

"Fear not. Get to your bus stops. All is well."

Labels: Fewer buses for old people in the countryside