New research from Cass Business School and the International Longevity Centre-UK has found growing inequalities in the life expectancy of old men in twenty-first century Britain. Based on data from the 'Human Mortality Database', Professor of Statistics, Les Mayhew and Dr David Smith measured the differences in age between the earliest 10% of adult deaths and the top 5% of survivors and found that while people in Britain are living longer than ever, the gap between the longest and shortest lifespans appears to be increasing. In particular, the life expectancy of those in the lowest and the highest socio-economic groups is diverging for the first time since the 1870s.

Historically, "Everyone benefited from improvements in clean drinking water, better housing, higher incomes and better health," said the Professor. After 1950 there were further rises in life expectancy although inequalities in lifespan persisted rather than narrowing further. However, in the 1990s lifespan inequalities actually worsened, particularly for men, for the first time since the late 1870s.

An explanation of these figures, according to the Report, can be found in the fact that old men in lower socio-economic groups are the most likely to make damaging lifestyle choices. 'They put themselves in harm's way on average more than women do - they smoke more, drink more and there are periods in their lives when they partake in riskier activities.' The fact is that poor old men are more likely to suffer the cumulative effects of decades of poor lifestyle choices and income inequality - while wealthier, more educated old men may find it easier to adopt healthier habits. The authors say the negative health outcomes of smoking, excessive alcohol consumption, poor diet and lack of exercise 'are disproportionately associated with the poorest in society.' 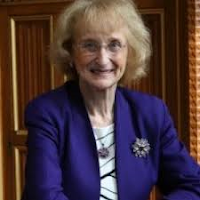